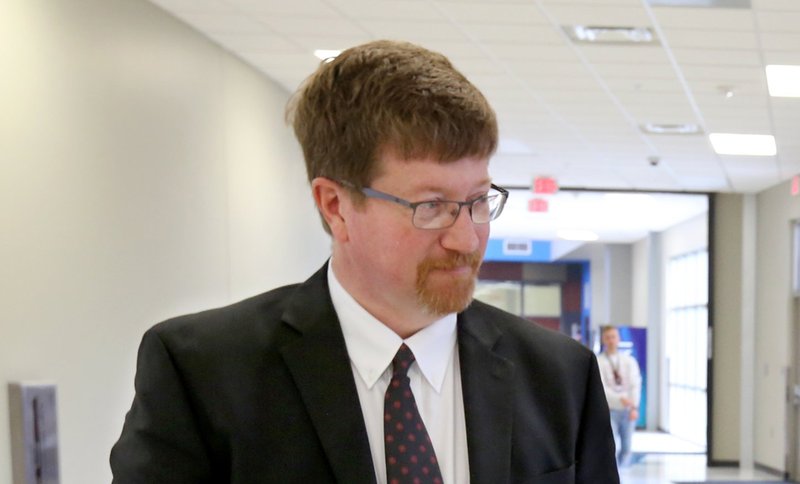 Employee sick leave policies, magnet and specialty school admission requirements, pre-kindergarten funding and medical-marijuana concerns are just some of the topics that the Little Rock School District's Community Advisory Board plans to tackle this summer.

The advisory board appointed by the state Board of Education to make recommendations to Arkansas Education Commissioner Johnny Key dealt at length with those issues and a few more at a four-hour meeting this week.

In regard to sick leave, district leaders in the capital city school system of 3,800 employees proposed revising existing policies to say that "excessive absenteeism will be addressed with employees who exceed the number of sick leave days for the current contract year, subject to the limitations imposed by federal Family Medical Leave Act and the Americans with Disabilities Act."

Advisory Board member Melanie Fox moved for the approval of the revisions to the certified and support staff policies. The motion died for a lack of a second from her board colleagues, which is necessary to take a matter to a full vote of a board.

The proposal would have paved the way for the district to send letters of caution and warning to employees when their absences in a school year exceed the annually awarded 10 days -- even if they have available days carried over from previous years.

"In my eyes, this policy is not one that is punitive," Superintendent Mike Poore told the advisory board before the motion failed. "It sets up a level of professionalism in terms of expectations. It also sets up ... a warning should they exceed a number of absences," he said.

Poore called the policy provision a tool to make employees understand that "we are monitoring ... that's a role we should have." He also said district teachers do a good job and, when they are absent, there is an impact on the classroom and school environment.

Little Rock district policies do not authorize paying employees for at least a portion of their accumulated, unused sick leave at the end of their careers. Poore suggested that the district and association work toward that benefit, which he said is available in other Arkansas school systems.

Jordan Eason, the district's human resources specialist, told the advisory board that letters of caution and warning about excessive absences would not be sent to employees who are exercising rights under the federal Family Medical Leave Act and Americans with Disabilities Act or workers compensation provisions.

Teresa Knapp Gordon, president of the Little Rock Education Association union that represents most district employees, has argued in the past and again Thursday that any employee attendance policy must be negotiated by teams representing the district and association. That bargaining has has not occurred on the proposal, she said.

Gordon said that while she didn't necessarily object to the idea of letters notifying employees of their number of absences, the adoption of the revision by the advisory board and then by Key would violate the existing Professional Negotiations Agreement, commonly referred to as the employee contract.

Advisory board member LaShannon Spencer said she didn't necessarily object to the policy language but questioned what is being done about the school environment to make teachers want to come to work.

Advisory Board Chairman Jeff Wood said that if the disagreement between the district and association is over process rather than substance, "I think we need to choose students first and put in a policy that benefits students of our school district, and I'll support the policy change."

The board chairman, however, does not typically make or second motions. Five members were present Thursday.

Esther Jones, the district's new director of early childhood education, on Thursday raised the possibility to the advisory board of charging a tuition for prekindergarten children whose family income is high enough that the district cannot be reimbursed by state programs for the education of those children.

The tuition could vary based on the family income yet still reduce the district's financial responsibility by as much as $1.2 million.

Poore said the tuition requirements for the program, which has long been tuition-free for all families, would not go into effect until the 2020-21 school year at the earliest and only if approved later by the advisory board and Key or a locally elected school board. He also noted that the Springdale School District is one in the state that applies a sliding tuition rate.

Changes in the revenue for the prekindergarten program caused the district to explore new options, Jones said.

The program at 19 sites serves more than 1,700 children, about 1,200 of whom are funded by the statewide Arkansas Better Chance program. Another 260 seats have been funded by a newly expired federal grant and the remaining seats have been funded out of district operating funds. The district has now acquired a Child Care Development Grant that will fund 233 of 260 seats once supported by the federal Program Development Grant, but the new grant has different eligibility requirements.

Those requirements, for example, call for a child to miss no more than five days or the district and/or the family is responsible for program costs of $27.30 per day of absence, Jones said. The grant also requires a parent to work at least 30 hours a week or be a full-time student, Jones said.

The advisory board on Thursday selected from a menu of options of possible requirements for admission to Forest Heights STEM Academy and Parkview Arts and Sciences Magnet High School.

Those choices, which require testing and/or auditions as a condition for enrollment at the schools, will now be incorporated into a comprehensive draft policy on magnet and specialty schools enrollment, which will be brought back to the advisory board for a vote later this summer before it is sent to Key for any final decision. Formulating the policy in such a way will give members of the public time to give input on the matter.

District and state Department of Education staff have been working for several months to draft a policy that will consolidate scattered rules and practices together into one central policy on magnet and specialty schools, and will also address recent complaints from some parents about student admissions to and removal from the magnet schools.

The advisory board voted unanimously in support of entrance requirements for Forest Heights that include completion of an interest survey to gauge a kindergartner's interest in the school as well as a score in the 40th percentile or higher on both a numeracy and early literacy assessment. Pupils entering grades one through eight must have earned a final grade of at least a C or its equivalent in the prior year's math and science courses.

The advisory board voted in favor of continuing to require auditions and a score of at least 60% on the audition rubric for enrollment into Parkview's arts program. Additionally, the board agreed to a provision that would award 25% of seats not filled by siblings of current students to applicants based on their audition scores. The remaining seats would be filled through the magnet school random lottery process.

Additionally, the advisory board approved for inclusion in a draft policy an appeal process for magnet school students who are forced to withdraw from their magnet schools

The advisory board has been discussing a draft policy that prohibits employee use of medical marijuana on district property for a few months. The board Thursday pushed a vote on the draft policy to later this summer.

Advisory board member Michael Mason asked that research be done to determine whether the state's medical marijuana law could jeopardize the district's federal funding.

Arkansas voters in 2016 approved Amendment 98 to the Arkansas Constitution legalizing the sale and use of marijuana for medical purposes if doctors have certified that a patient suffers from any of the 18 conditions that qualify for holding a marijuana registry card.

The district's draft policy notes that the district is obligated to comply with federal law and so marijuana is not allowed on district property or in any district vehicle, regardless of a person's status as a medical marijuana license holder.

Poore and the district's Chief Financial Officer Kelsey Bailey updated the advisory board on the district's budget cuts for the coming 2019-20 school year. The district, which has experienced a yearly loss of enrollment and accompanying state funding for operations, is seeking to cut as much as $10.2 million in expenses.

Poore said those cuts include $533,895 in school counselor positions, which will result in some of the district's smallest elementary schools having to share a counselor.

In cutting nine counselor positions, Poore said the district remains over the state required ratio of counselors to students. He said to meet the state minimums, 17 positions would have been cut. Poore called the decision to cut the positions a challenging one that came late this spring.