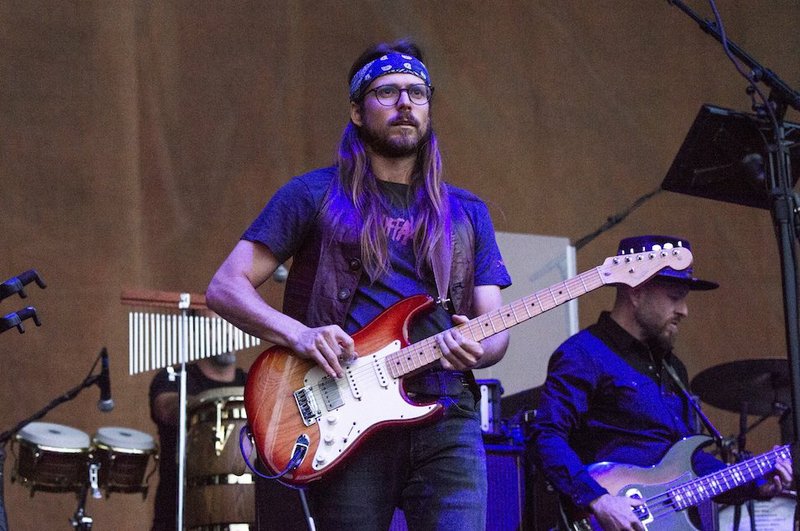 Lukas Nelson seeks a way to bring people together on his new album. AP file photo

B+ Lukas Nelson & Promise of the Real

Turn Off the News (Build A Garden)

Listeners would be wise to get turned on to Turn Off the News (Build a Garden), a strong step forward for Nelson and his versatile band.

Nelson, son of country legend Willie Nelson who sounds more than a bit like his dad, takes his band on a journey through multiple genres, including country, rock, soul, folk and R&B.

A-list stars on the album include his dad, Neil Young, Sheryl Crow and Kesha.

The title track is a standout in a record full of strong songs, with the 30-year-old Nelson taking on the role of sage, looking for a way to bring people together in this era of division.

"Turn off the news and raise your kids/Give them something to believe in," he sings. "Teach them how to be good people/Give them hope that they can see."

On the duet "Civilized Hell," it's almost hard to tell when Lukas stops and his dad picks it up. But, as they sing about being rebels and liking it, they make clear they have more in common than just their voices.

"I ain't leavin' this road I know/I ain't done fightin' for the freedom I chose," the 86-year-old Nelson sings. "Can't put a rope on me/You can't shoot me down."

The strong Turn Off the News comes on the heels of Lukas Nelson's standout work on the A Star Is Born soundtrack (they also appear in the film) and they will open for the Rolling Stones on their summer tour. 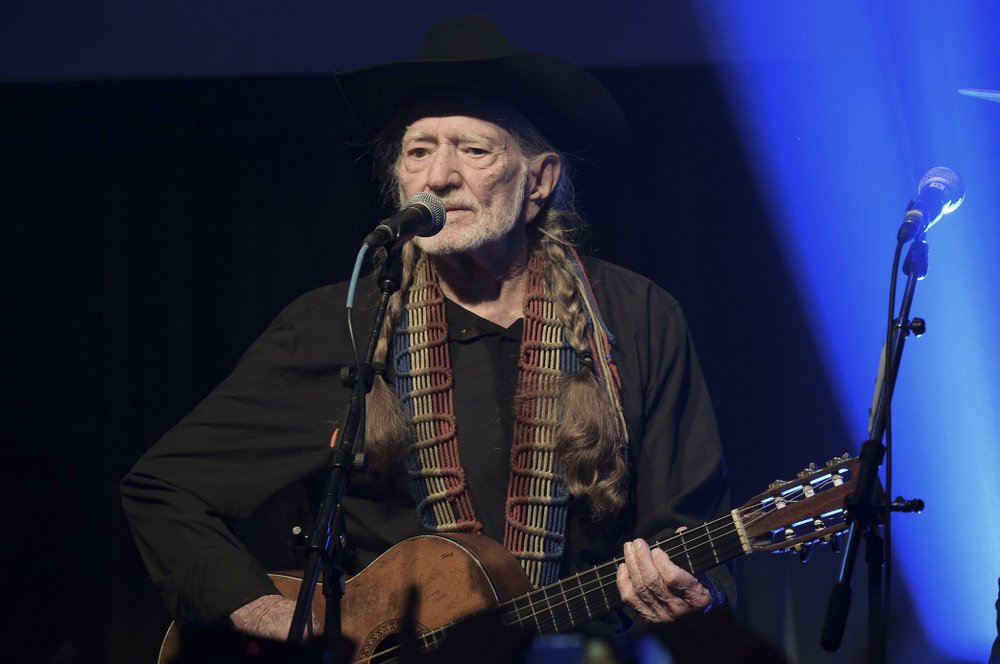 Ride Me Back Home

Willie Nelson's latest studio offering is a relaxed, joyous set that finds Nelson reflecting, explicitly, on age and its toll — complaining, in fact, about the way time has left his face so lined — but free of self-pity.

It's more of a celebration than some of his recent albums, and more of a showcase for his deceptively simple guitar work, which still carries an emotional wallop with its easy tone and subtlety.

Nelson vividly evokes the landscapes of the west, particularly in the title track, a paean to the days before horses were fenced in, but also takes listeners to Ellis Island in New York Harbor in a stunning and relevant cover of Guy Clark and Roger Murrah's "Immigrant Eyes."

There are also three new tunes Nelson wrote with producer Buddy Cannon. The most meaningful is "Come On Time," which describes a personal competition with time that the singer knows he can't possibly win. "You sure have put me in my place," he concedes. More defiant is "One More Song to Write," which sounds very much like the work of a man who wants to embrace more of life.

Nelson, at 86, sounds as if his singing and guitar playing is almost effortless. It stems in part from his natural phrasing, and the familiarity of his voice, a staple in so many lives for decades, but it also has something to do with the sense of comfort he conveys. He's long past looking for drama, for conflict and its resolution. It's more as if he's visiting with his fans, putting his feet up, and letting it fly.

• Taylor Swift, "You Need to Calm Down." Taylor Swift looks around and sees enemies everywhere on the aggrieved but not triumphant "You Need to Calm Down." Tsk-tsk is a familiar mode for her, and typically she inhabits it with cheekiness and a raw sense of indignation. But here, her singing is deadpan and heavily filtered and processed, compressing all the joy out of her voice. And the lyrics draw implicit parallels between mean trolls ("Say it in the street, that's a knockout/But you say it in a tweet, that's a cop-out") and actual bigots ("Why are you mad when you could be GLAAD?/Sunshine on the street at the parade/But you would rather be in the Dark Ages"). This is the second song from Swift's seventh album Lover, which will be released in August. Its groove is slow and deliberate, with shades of electro and dub, and the stacked vocals have a pleasant thickness. But Swift used to win battles with wit and savvy, not weapons of mass production.