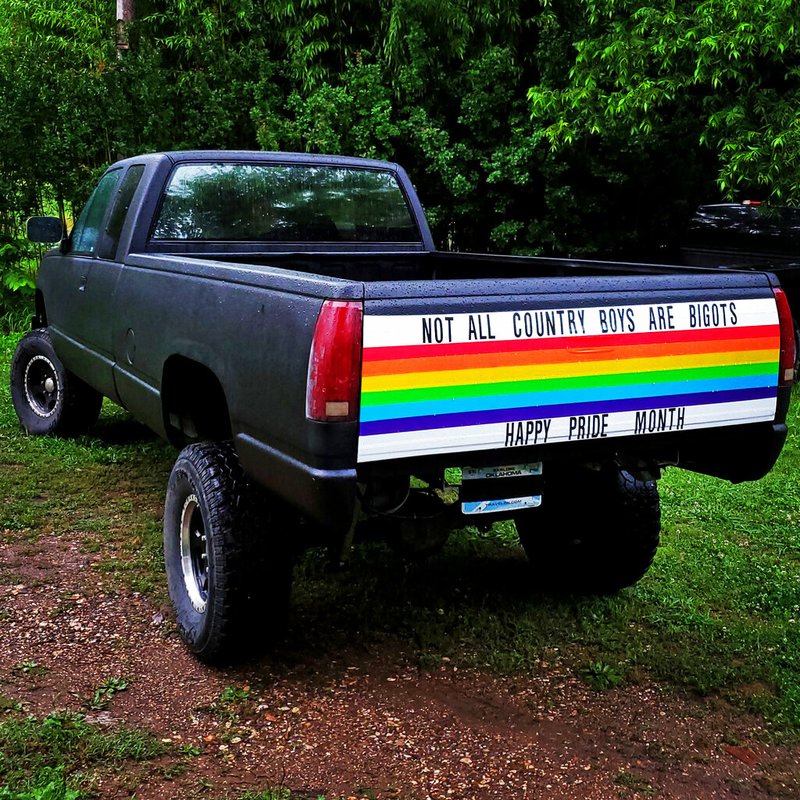 The 28-year-old college student from Hulbert, Oklahoma, recently decorated the tailgate of his pickup truck like a pride flag with a bold message: "NOT ALL COUNTRY BOYS ARE BIGOTS."

Barlow's Facebook post about his truck had been shared more than 135,000 times by Tuesday with comments praising him for being an LGBTQ ally. He says he thinks he can change closed minds and encourage loved ones who feel alone.

Now, the "jacked-up" 1991 Chevrolet Silverado he uses to off-road through the woods is plastered with rainbow-colored duct tape.

"It fixes everything, even bigots," he said.

Barlow plans to drive his truck in pride parades later this month in Oklahoma City and Fayetteville, Arkansas.