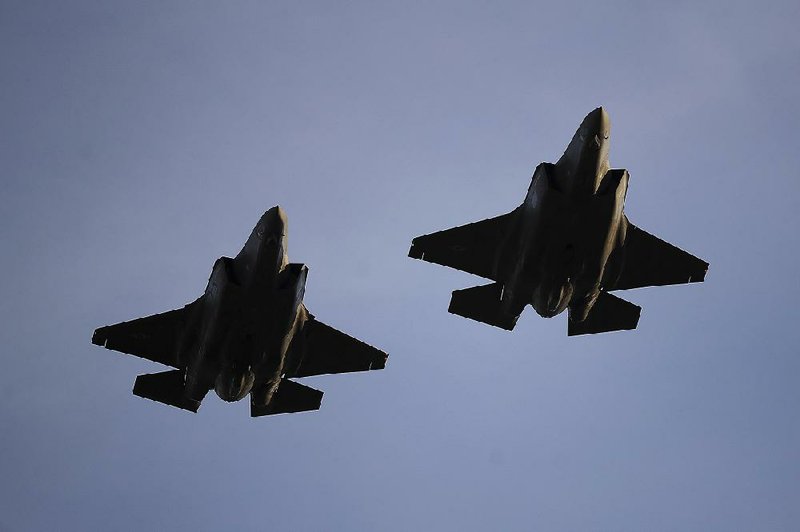 The morning after manufacturers Raytheon and United Technologies announced a blockbuster merger that would create a giant in the aerospace and defense sectors, President Donald Trump said he is "a little bit concerned" about the deal's anti-competitive potential.

Echoing concerns that top Pentagon procurement officials have raised for years, the president said he is worried that the deal would harm the military supply chain by giving government buyers fewer competitive options to turn to for individual weapons systems.

"I'm a little bit concerned about United Technologies and Raytheon," the president told the television channel CNBC. He went on to say that the U.S. "used to have many plane companies" but "they've all merged ... now we have very few."

He said too much consolidation at the top of the defense industry could weaken the government's hand in major weapons negotiations.

"It's hard to negotiate when you have two companies and sometimes you get one bid," Trump said. "When I hear they're merging, does that mean we're taking away more competition? It becomes one big fat beautiful company, but I have to negotiate, meaning the United States has to buy things."

The Defense Department will have to sign off on the deal before it can be finalized. In previous administrations, the White House has generally not been closely involved in those evaluations.

In a call with investors Monday morning, executives from both companies offered vague answers when asked whether they have received feedback from the Defense Department on the issue.

But they did say the added scale the merger would provide will allow the combined firm to innovate on a higher level while keeping prices low. And they repeatedly said that Raytheon and United Technologies do not compete with each other.

"There is nothing anti-competitive about this deal," Hayes said.

For years, Defense Department procurement officials have raised concerns that mergers and acquisitions in the defense sector could hurt competition. Ashton Carter, defense secretary during President Barack Obama's administration, told reporters in 2015 that he wanted to "avoid excessive consolidation in the defense industry to the point where we did not have multiple vendors who could compete with one another on many programs."

In 2015, Frank Kendall, then the undersecretary of defense for acquisition, technology and logistics, said he was afraid the Pentagon was moving toward a future in which there are "at most two or three very large suppliers for all the major weapons systems we acquire."

The Trump White House has been engaged on the issue as well. A White House-commissioned report released in October concluded that "all facets of the manufacturing and defense industrial base are currently under threat," and there are "entire domestic industries near extinction." The report identified 300 instances in which important weapons components such as large gun barrels and submarine propeller shafts that are produced by just one company, by a "fragile" supplier that may be unable to meet demand, or by a foreign supplier.

Monday's call to CNBC was not the first time Trump criticized a specific defense contractor over consolidation. Last June, on the eve of announcing plans to direct the Defense Department to create a new "space force," Trump criticized Lockheed Martin and Boeing's United Launch Alliance joint venture, saying: "I don't like when Boeing and Lockheed get together because the pricing only goes up, but that's OK in this case ... I don't know, I don't love that stuff. We're going to have to talk about that."

It is unclear whether the merger between Raytheon and United Technologies will necessarily hurt competition.

The union would create a giant in the defense industry with annual sales of $74 billion. It would bring together Raytheon's expertise in missiles, targeting systems and defense electronics with Pratt & Whitney's jet engines business and Collins Aerospace's avionics expertise.

But it would also diversify Raytheon into the commercial aviation sector, with an estimated 50% of the combined company's revenue coming from supplying components to passenger jets. And executives from both companies have repeatedly insisted they do not compete with each other.

"We are complementary, not competitive," Raytheon Chief Executive Thomas Kennedy told CNBC. "I can't remember the last time we competed with United Technologies."

Raytheon is considered one of the five major prime government contractors ― meaning it holds contracts directly with the government for major defense systems. United Technologies' subsidiaries tend to operate as parts suppliers for other companies' prime contracts, and not as defense platform providers; Pratt & Whitney builds the engine that powers Lockheed Martin's F-35 Joint Strike Fighter, for example.

The tie-in between Raytheon and United Technologies comes after a long stretch of blockbuster mergers in the defense industry.

And the military technologies giants L3 Technologies and Harris Corp. recently announced a $33.5 billion merger to create L3 Harris Technologies, which would compete closely with Raytheon in the defense electronics space.