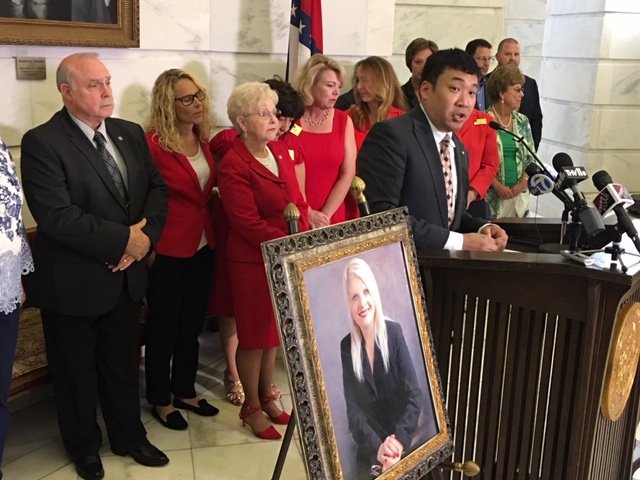 Ken Yang speaks in front of a group of Arkansas lawmakers during a remembrance ceremony at the state Capitol on Tuesday.

The family of former state Sen. Linda Collins-Smith of Pocahontas is "surprised, upset, angered and saddened” by her death and "at a loss of words in describing the feelings and emotions that we are currently going through,” a spokesman for the family said Tuesday.

Collins-Smith was found dead outside her home last week, and law enforcement agencies are investigating the case as a homicide.

During a remembrance ceremony at the state Capitol on Tuesday, former Collins-Smith spokesman Ken Yang read a statement that he said is is from her father, Benny Collins; son Butch Smith; and daughter Tate Williams.

“We want to thank everyone for the outpouring of love and prayers during this difficult time,” the family said in the statement, which also noted they are "unable to speak about the ongoing investigation.”

The family said that it’s confident that the Randolph sheriff's office and Arkansas State Police are using all resources available to investigate what happened and to “put our hearts and minds at ease." 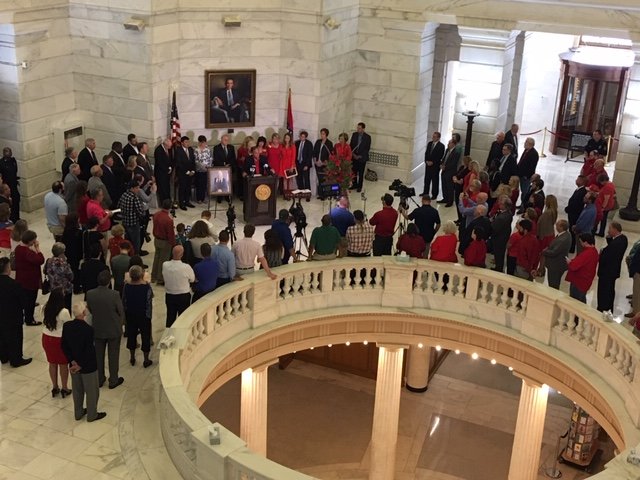 A crowd gathered at the state Capitol on Tuesday for a remembrance ceremony for former state Sen. Linda Collins-Smith.

“Linda would want all of us to be strong for her during this trying time,” the statement said. “Let us honor her memory, of all the wonderful things she said and did for so many people, regardless of political views or otherwise.”

The family urged people who believe that they have pertinent information to contact authorities.

She was elected a a Democrat to the House in November of 2010 and switched parties to become a Republican in August of 2011.