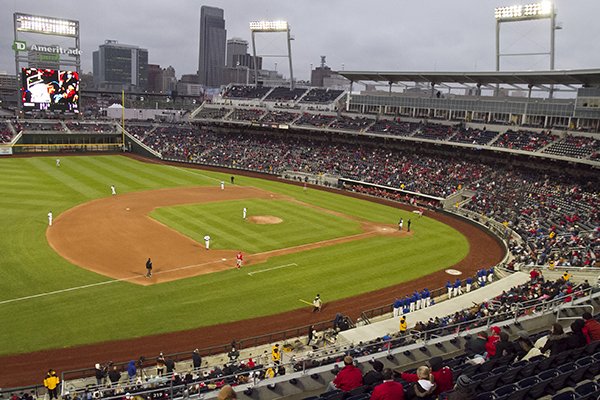 The Razorbacks and Florida State are scheduled to throw a 6 p.m. first pitch at TD Ameritrade Park in Omaha, Neb. The game will be televised by ESPN.

The Arkansas-FSU game will be the late game on the first day of the College World Series. Michigan and Texas Tech will play the early game Saturday at 1 p.m.

The second four-team bracket will play Sunday in Omaha, beginning with a 1 p.m. game between Vanderbilt and Louisville. The Sunday nightcap between Mississippi State and Auburn is scheduled to begin at 6:30 p.m.