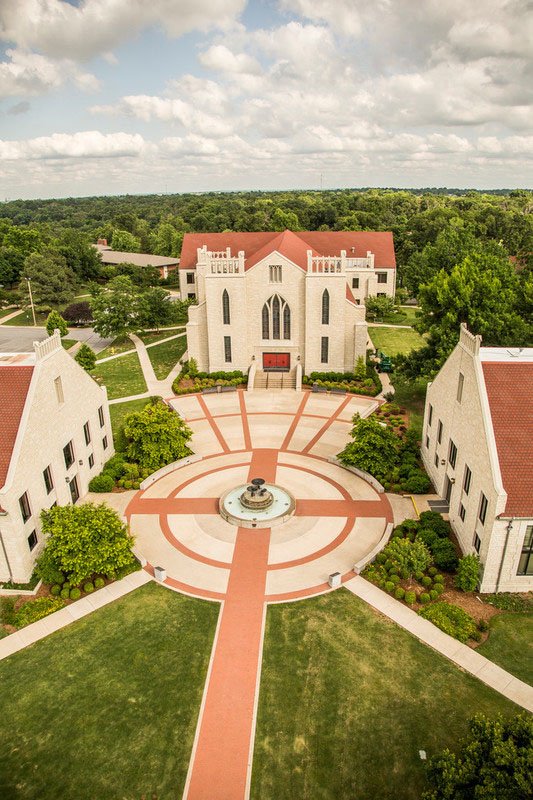 Photo courtesy JBU Although it has no new edifice, the new Center for Faith and Flourishing at John Brown University will offer programming, curriculum, partnerships and activities "dedicated to exploring the relationship between Christianity and human flourishing."

"The Center for Faith and Flourishing arose organically from what we have been doing at JBU for 100 years," says James Bruce, associate professor of philosophy at John Brown University in Siloam Springs. "The relationship between Christianity and life at work, at home and in society has always been complicated. [At JBU,] we seek academic excellence and the cultivation of the intellectual lives of our students; we want students to discover who they are and what they should do with their lives; and we equip students to impact the world, starting with themselves and their local communities."

Although it has no soaring new edifice, the Center for Faith and Flourishing has attained a more concrete existence with the recent gifts of a $143,500 grant from the Charles Koch Foundation and a $430,500 grant from an anonymous donor. Bruce, who has an M.A. in theology from Oxford University and a Ph.D. in philosophy from Baylor University, has been named its first director. Also, in the coming academic year, JBU will conduct a nationwide search for a five-year faculty appointment to support one CFF-related existing program -- the Gateway Seminar for first-year students -- and a new minor for honors scholars in philosophy, politics and economics.

"At John Brown University, we believe that being a Christian institution makes a profound difference in how we do higher education. The Gateway Seminar course is designed to communicate that Christian college distinction to our first-year students," Bruce says, challenging them to "apply a Christian worldview to a particular topic."

"Take a basic question: 'Is it just to raise taxes in order to pursue a particular policy agenda?' Is this question a philosophical, political or an economic one? Yes. It's all three things," he says.

"When I was at Oxford, I met students who were reading -- Oxfordspeak for studying/majoring in -- philosophy, politics and economics, or PPE," Bruce explains. "When we had our core curriculum revision here at JBU, Trisha Posey, director of JBU's Honors Scholars Program, took me, Daniel Bennett, and Randall Waldron to lunch to brainstorm about new offerings for honors students. At the lunch, we talked about proposing a two-semester, triple-team taught class with me (a philosopher), Dr. Bennett (a political scientist), and Dr. Waldron (an economist) -- i.e., JBU's own version of Oxford's PPE. Our first PPE I and PPE II will be offered in the 2020--2021 academic year. I am excited. Drs. Bennett and Waldron are sharp thinkers, and they are also great people."

The course description says PPE I "examines central questions in the human experience at the intersection of these three important fields of study. The course promotes cross-disciplinary discussions about key texts and historical figures from the earliest civilizations to the early modern era. Far from being an arbitrary amalgamation of disparate fields, PPE recognizes the rich tradition of major thinkers who were philosophers, political theorists and economists all at once."

"By adding an extra class from each of the three disciplines and offering one additional class as an elective, we generated the minor," Bruce adds. "I say 'we generated the minor,' but that's incorrect. We talked about the idea. Dr. Posey did the hard work of actually making the minor and also the two-course sequence of PPE happen, and I am grateful to her for doing so."

According to Bruce, the Center for Faith and Flourishing will not "offer a particular personal or policy proposal to help people navigate the relationship between Christianity and life, but the center does champion freedom to give people space to think through these questions. ... We hope what we do will prepare students and enable community members to think Christianly about what they should do, as individuals, and in community with others, from their families and churches to their cities and jobs." 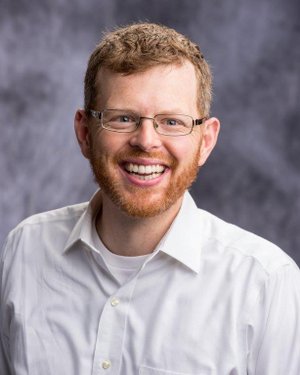 Courtesy Photo Jay Bruce (pictured), an associate professor of philosophy at JBU, will serve as the CFF's inaugural director, and Daniel Bennett, JBU assistant professor of political science, will be the assistant director. Bruce also preaches part time at Covenant Church in Fayetteville.

Print Headline: Life, faith and everything