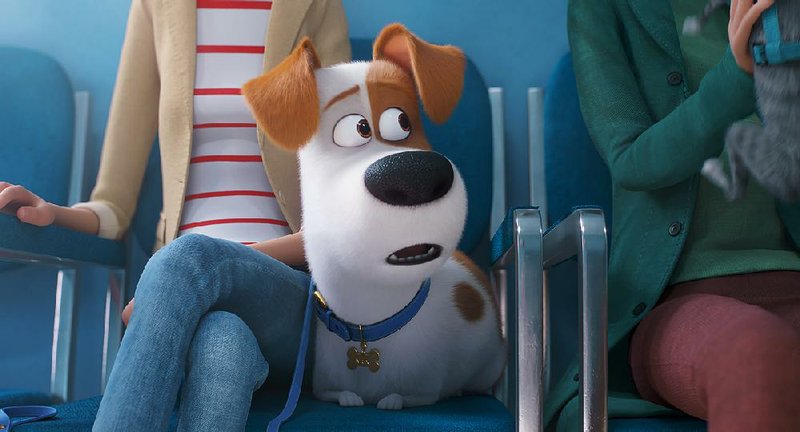 Patton Oswalt takes over for the problematic comedian Louis C.K. as the voice of Max in The Secret Life of Pets 2.

According to the credits, Brian Lynch wrote The Secret Life of Pets and this sequel. I checked because I thought the author of the screenplay might have been Dory, the forgetful fish from Finding Nemo.

The Secret Life of Pets 2 flits from subplot to subplot without letting any single one reach its potential. Just as a gag starts to be amusing or a voice actor seems to genuinely inhabit a domestic critter, the momentum is lost. Lynch and director Chris Renaud, who has helmed a large portion of French studio Illumination's movies, pack a lot of material in 86 minutes. But it might have been more satisfying (and kept adult viewers occupied) had it had focused on one storyline.

The Secret Life of Pets 2

Rating: PG, for some action and rude humor

It's like watching a cat tear into a rolling ball of yarn but not nearly as entertaining.

A few years after the events of the first film, Max (Patton Oswalt, taking over for disgraced comic Louis C.K.) and his unwanted roommate Duke (Eric Stonestreet) have become friends instead of rivals for their owner's affection. Now, she has a husband and a small boy, but Max carries on as if Liam was his own puppy instead of a human toddler. Protective Max tries to keep hostile urban animals from getting near Liam and even has a spy network of other pets that keeps every moment of the child's life monitored.

Just as Max's hyper vigilance gets amusing, Snowball (Kevin Hart), the formerly homicidal rabbit from the first movie, answers a distress call from a plucky dog named Daisy (Tiffany Haddish), who wants him to help her save a good-natured but inherently destructive tiger cub from a sadistic ringmaster (Nick Kroll). (Now that Snowball is a good guy, he imagines himself the superhero "Captain Snowball.")

But wait, there's more. Gidget (Jenny Slate), who nurses a serious crush on Max, accidentally drops his favorite chew toy into an apartment swarming with cats, so she asks her feline buddy Chloe (Lake Bell) how to pass as a cat long enough to retrieve the "busy bee" before Max notices it's gone.

Oh, and Max and Duke join their owners in the country as they try to adapt to life outside a farm house. They get some much needed advice from a cranky sheepdog named Rooster (Harrison Ford).

The voice actors, particularly Haddish, Slate, Ford and Bell, seem to be having fun, but Lynch doesn't know what to do with these characters now that they're no longer rivals. This time around, Duke seems curiously low key and is little more than Max's sidekick.

Perhaps the second installment feels especially disappointing because Lynch occasionally veers close to comedy gold -- as with a bit that puts a new twist on how cats can be dominated by a laser pointer. It's like a distracted prospector who abandons his claim shortly before striking it rich.