Julianne Moore steals the show in this spare, affecting character-focused tale with a luminous performance as a free-spirited middle-aged divorcee with two grown children (Michael Cera and Caren Pistorius) who spends her days efficiently employed at a no-nonsense job as an agent at an insurance company and her nights on dance floors that cater to fans of transcendant 1980s disco music in Los Angeles.

During such an outing she meets an unsettling, seemingly damaged, yet appealing military veteran Arnold (John Turturro) and cautiously embarks on an unplanned romance -- but not, it turns out, cautiously enough.

A centerpiece of the prodction is her entrancing and liberating moves to Laura Branigan's 1982 disco anthem "Gloria:"

Gloria, you're always on the run now/Running after somebody, you gotta get him somehow/I think you've got to slow down, before you start to blow it/I think you're headed for a breakdown, so be careful not to show it ...

The Andromeda Strain (G, 2 hours, 11 minutes) A 1971 science fiction mystery that somehow achieved name recognition far beyond its clunky and slow-paced B-movie setup. It can be unsettling, though, as it concerns a satellite that crashes near a small Arizona town, depositing a deadly alien virus that destroys the residents. Now it's up to a team of scientist to stop the virus before it infects the rest of the country. Even if you're bored, be sure to stick around for the conclusion. Based on a novel by Michael Crichton. With Arthur Hill, James Olson, Kate Reid; directed by Robert Wise.

The Man Who Killed Don Quixote (not rated, 2 hours, 12 minutes) If Adam Driver is in a film, it's going to get my attention. That's the case with this flamboyant comedic adventure, which gets extra points for having been directed by Terry Gilliam (the American member of Monty Python's Flying Circus) and written by Gilliam and Tony Grisoni. The story involves Toby (Driver), a cynical advertising director, who through series of increasingly surreal adventures (if you've seen Gilliam's Monty Python films, you'll get the drift) finds himself entangled in wacky delusions of an old Spanish shoe-maker (Jonathan Pryce) who believes himself to be Don Quixote. With Olga Kurylenko, Stellan Skarsgard.

The Kid (R, 1 hour, 40 minutes) Stylish and nicely photographed without managing to spark much reaction from viewers, this lackadaisical Western follows a kid named Rio (Jake Schur) who, while trying to snatch his sister from the evil clutches of his uncle (Chris Pratt), gets involved with Sheriff Pat Garrett (Ethan Hawke), who's hot on the trail of Billy the Kid (Dane DeHaan). With Adam Baldwin and Arkansas' Ben Dickey; directed by Vincent D'Onofrio.

Little Woods (R, 1 hour, 45 minutes) An adept debut, gritty and realistic, by director Nia DaCosta revolves around Ollie (Tessa Thompson), who's been helpfully but illegally providing reisdents of fracking boomtowns in North Dakota with Canadian medicine and health care, yet can't avoid falling into the unsympathetic hands of the law at exactly the wrong time to avoid foreclosure on her mother's house. WIth Lily James, James Badge Dale, Lance Reddick; directed by Nia DaCosta.

Screwball (Not rated, 1 hour, 45 minutes) The latest documentary from Billy (Cocaine Cowboys) Corben is a a wonderfully silly look at the absurd 2013 Major League Baseball steroid scandal (the one in which Alex Rodriguez got caught up in) that refuses to take the tale of colorfully stupid men dealing performance enhancing drugs seriously. As such, it's problematic as journalism but seriously entertaining despite Corben's sometimes too obvious choice of music cues and sound effects. He makes two great choices with the film, however -- he allows garrulous storytellers with no self-awareness to explain themselves, and he recruits a cast of child actors to dress up in grown-up clothes to re-enact the stoies and ad-lib the lines. It's funny and makes a nice antidote to typical pearl grasping hot takes on PEDs. 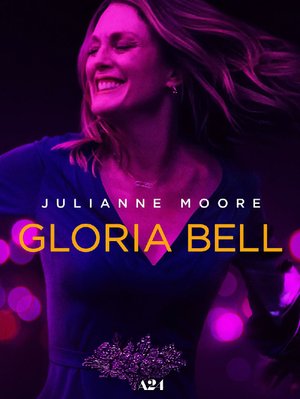