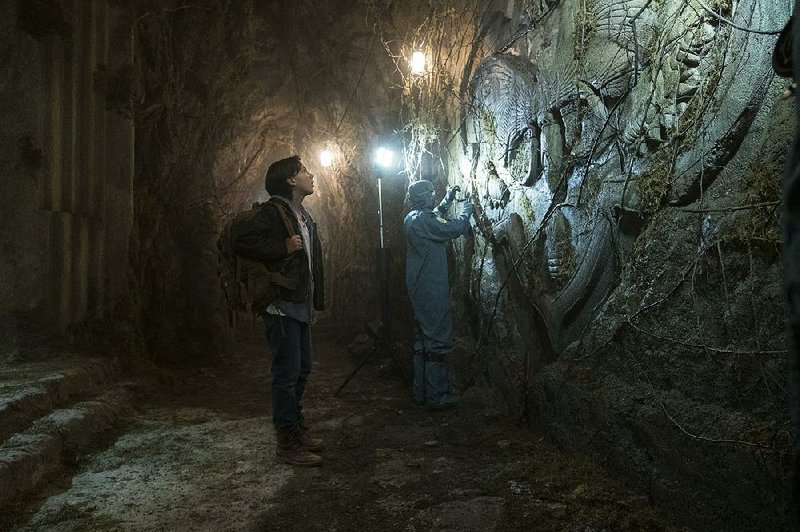 Millie Bobby Brown is among the cast of Warner Bros.’ Godzilla: King of the Monsters, the follow-up to 2017’s Kong: Skull Island. It debuted in first place at last weekend’s box office and made about $49 million.

The hardworking lizard, trudging back to wide release in North American theaters for a fifth time in Godzilla: King of the Monsters, managed to sell about $49 million in tickets over the weekend, enough for first place. But the Warner Bros. sequel will nonetheless go down as the first big-budget disappointment of Hollywood's summer season.

King of the Monsters cost at least $170 million to make, not including $100 million (plus) in global marketing costs. Initial ticket sales in the United States and Canada fell behind those for its series predecessor by 47%, according to Comscore data. Critics were not kind. "Beyond the awesome destruction, it's not easy to build the character, story, emotion -- the glue that sustains a series -- when it's all about the monster," said David A. Gross, who runs Franchise Entertainment Research, a movie consultancy.

"The avid fans of Godzilla came out Thursday and Friday," Jeff Goldstein, distribution chief for Warner Bros., said. "The real key for us is how broadly can we expand over the next couple weeks? Can we hold on to an interest that's wider than the regular Godzilla fans? I think we can."

Aladdin (Disney) was a strong second in its second weekend. It took in about $42 million at theaters in North America, for a new total of $185 million ($446 worldwide).

The R-rated musical fantasy Rocketman, about Elton John's breakthrough years, collected an estimated $25 million in third place for Paramount Pictures. The studio said that the zany bio-musical took in an additional $19 million in 40 overseas markets, lifting its international total to $31 million.

An R-rated look at the life and success of Elton John, the musical bio-pic stars Taron Egerton as the larger-than-life singer and also features Richard Madden and Bryce Dallas Howard. It was well-received with an A-minus CinemaScore and a 90% fresh rating on Rotten Tomatoes.

Comparatively, last year's Queen bio-pic Bohemian Rhapsody opened with $51 million before going on to gross $216.4 million during its theatrical run and was nominated for five Oscars, four of which it won.

Though Rocketman shares much with Bohemian Rhapsody -- including Dexter Fletcher, who helmed the Mercury film after Bryan Singer departed production -- its makers have sought to distance it from last year's Oscar-winning $900-million sensation.

"That movie is a unicorn," Rocketman star Egerton said in Cannes. "Our movie is a different animal."

"The best news this weekend was for the industry itself," said Paul Dergarabedian, senior media analyst for Comscore. "Even if the top movie didn't earn $100 million, we had a big up weekend and we need more of those to get out of this deficit that we've been in since basically the beginning of the year."

Starring Octavia Spencer as a lonely woman who befriends a group of teenagers, the film earned tepid reviews with a B-minus CinemaScore and a 62% fresh rating on Rotten Tomatoes.

At No. 6, Disney's Avengers: Endgame added $7.8 million in its sixth weekend for a cumulative $815.5 million. Globally, Endgame reached $2.713 billion, and now trails Avatar by $75 million for the top spot all time.

United Artist Releasing's Booksmart dropped to No. 8 in its second weekend, adding $3.3 million (a 52% drop) for a cumulative $14.4 million.

Rounding out the top 10, United Artist's The Hustle added $1.3 million in its fourth weekend for a cumulative $33.2 million.

This week, Fox reveals the X-Men installment Dark Phoenix and Universal opens the animated sequel The Secret Life of Pets 2. In limited release, A24 reveals the drama The Last Black Man in San Francisco and Amazon Studios debuts the comedy Late Night.

Print Headline: Godzilla defeats all comers but not impressively