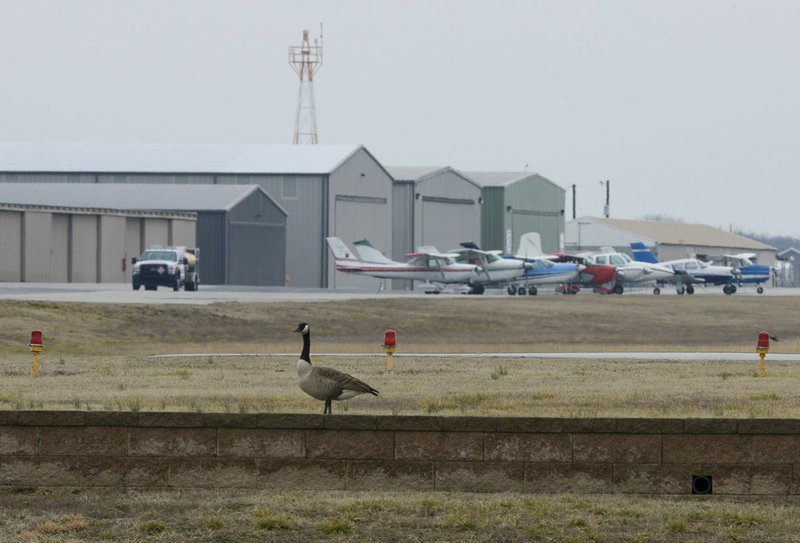 The Bentonville Municipal airport is shown in this photo.

The Airport Advisory Board meetings are typically held at 1 p.m. the first Thursday of the month at the Community Development Building, 305 SW. A St. The July meeting will be July 18 due to a conflict with Independence Day.

The study was done over the past 18 months, Chism said, and includes feedback from about 2,500 businesses throughout the state and information on Arkansas' 90 airports. Of those, 82 are classified as general aviation airports, including Bentonville's.

"What I really like about Arkansas, compared to a lot of other states, is that our airports are very geographically located across the state," he said, explaining many other states only have general aviation airports around major metropolitan areas. "I think that's important for the smaller towns to be able to compete economically on a nationwide or even on a worldwide basis."

Surveyed business owners said convenient access to an airport is a significant factor for where they choose to operate, he said.

"I think it's important to note how critical our airports are to businesses across the state," Chism said.

General aviation airports offer a range of aeronautical activities from single-seat and home-built aircraft to wide-body jetliners operated by businesses, he said.

"It's not just recreational flying that's going on at your airport," Chism said.

Having an airport close to the city helps ensure businesses don't go to more-accessible communities to succeed.

"A substantial portion of the economics of the town is based on business done with partners outside the city," said Octavio Sanchez, City Council member. "The best way to come to the city to do business with the city is by means of an airplane."

Bentonville's airport provides 94 jobs, creates $2.2 million in payroll and has an overall economic output of $5.9 million annually, he said.

"You may not actually even know where your airport is, but I promise you people are coming in and spending money," Chism said, of area residents. "Having a good, viable airport is essential for your community to compete in today's market."

"The idea is, everything we do goes toward that long-term strategy, because that's where we're the best," Ham said. "We're not going to be a commercial airport. We're not going to have the ability to bring jets in. It wouldn't make any sense, because we're right next to XNA."

Airport officials have created a long-term plan to help ensure the airport remains viable, he said.

Development such as opening a flight center, runway and taxiway extensions and hangar additions are all part of that long-term plan and will contribute to continued economic growth of the airport, Ham said.