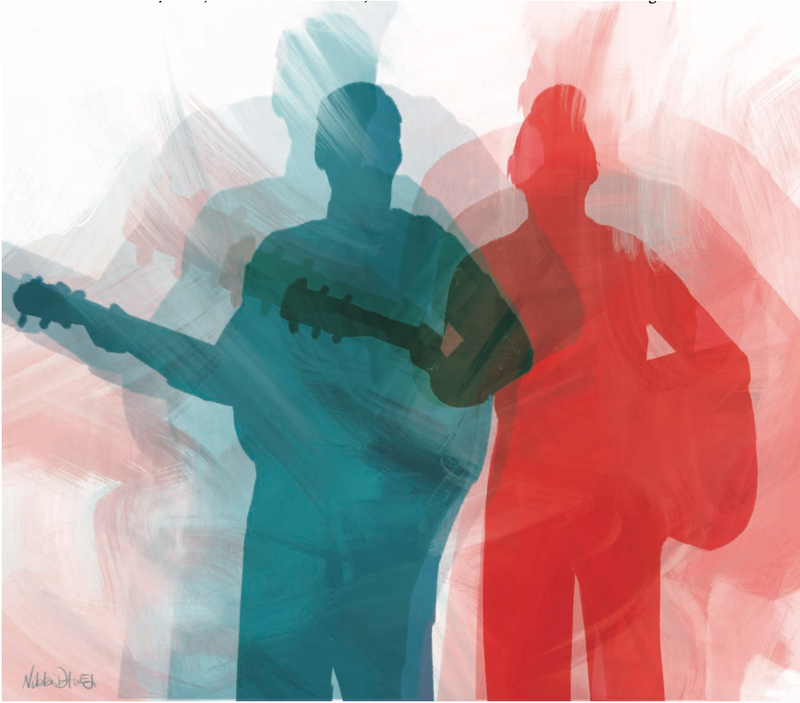 Bust out the rhinestones and pull on your best boots, it's time for the second annual Arkansas Country Music Awards.

Leading the list of nominees this year is singer-songwriter Erin Enderlin. The Conway native is up for six awards, including Entertainer, Songwriter, Female Vocalist and Country Artist of the Year.

Her song "World Without Willie," written with Alex Kline, Leslie Satcher and Tara Thompson, is nominated for Song of the Year, and the song's video is also a finalist for an award.

Enderlin is an old pro at this stuff, having won Album of the Year for Whiskeytown Crier and Songwriter of the Year at the inaugural awards show.

[RELATED: All the nominees in all 26 categories]

"Last year was really good, and this year is even better," Haymes says. "There's been a lot more interest and people realize that this is a statewide awards show, it's not just the Central Arkansas Country Music Awards."

The awards shine a spotlight on musicians with an Arkansas connection who aren't affiliated with a major label. The 26 categories extend to gospel, bluegrass and Americana and also honor producers, engineers, disc jockeys, radio stations, venues and publications.

Competing against Enderlin in the Entertainer category is first-time nominee Lance Carpenter.

"To be recognized in your home state for your craft and for being an artist is very humbling," says Carpenter, who is from Nashville, Tenn. He's also a finalist for Male Vocalist and Country Artist.

Carpenter grew up in Ozark and started playing guitar in college. He worked in disaster response and recovery for the Federal Emergency Management Agency and found solace in music.

"The guitar was my therapy," he says. "I'd sit down and play and I might write something, though I didn't have any idea about writing songs."

He kept plugging away on his songwriting and moved to Nashville in 2011. The next year, he signed a publishing deal and went on to co-write "Love Me Like You Mean It" with Kelsea Ballerini, Josh Kerr and Forest Glen Whitehead. The song became a hit in 2015 for Ballerini.

"That really kicked the career into high gear," says Carpenter, who records for Toby Keith's Show Dog Records and whose most recent release is the EP Mustang.

He also owns the Music on the Mulberry Festival in Ozark, which occurred over the weekend and featured fellow nominee Enderlin.

"She's a dear friend and we have done some writing together," he says.

The rest of the Entertainer nominees are Bonnie Montgomery, Phil McGarrah & Runnin' on Empty and The ShotGunBillys.

Montgomery returns to this year's event having won Female Vocalist and Americana/Roots Artist in 2018. The Searcy native is also a finalist in the Americana Artist and Female Vocalist categories, and she's nominated, along with Mark Currey, in the Vocal Group category.

Her LP, Forever, is up for Album of the Year along with Breaking All the Rules by Greg Ward, The Reeves Brothers' King of Country Music, Matthew Huff's self-titled album and Unbroken by Joanne Cash, the sister of Johnny Cash.

Montgomery, who lives in Wimberley, Texas, near Austin, says she came away from the 2018 awards show impressed.

"It was so legit. Being the first year, I didn't really have any expectations. I was ready for anything, but the fact that Johnny Cash's grandkids were there and Tanya Tucker was there — we hung out all night. It was amazing."

Montgomery is a winner of the Outlaw Female of the Year from the Ameripolitan Music Awards in Austin, so she's familiar with the whole award-show deal. When asked how the Arkansas awards compare to the Ameripolitan prize, she says: "Every award I've gotten has been such an honor in its own way, but for Arkansas it's a huge deal because it's my home and includes a lot of people I grew up looking up to. It's a more personal award."

The competition level is also pretty high here, she says.

"The people I'm in the categories with are so talented. It's a dream come true, and I'm honored."

Nominated with Montgomery in the Female Vocalist category is Savannah Morris, who grew up in Nashville, spent her high school and college years in Paragould and Searcy, respectively, and is now back in Nashville.

"It came out of the blue and I'm so excited," she says of her nomination. "I have to go buy a dress now."

Morris' debut album, Mixed Emotions, includes a cover of the Patsy Montana song "I Want to Be a Cowboy's Sweetheart."

Montana, born Ruby Rose Blevins in Garland County in 1908, was a triple threat as a songwriter, singer and actress. She and Conway Twitty, Jimmy Driftwood, The Wilburn Brothers and songwriter Kye Fleming are this year's Arkansas Country Music Awards Lifetime Achievement honorees.

Morris will yodel her way through "I Want to Be a Cowboy's Sweetheart" tonight.

"My grandmother taught me how to yodel when I was very young and I've been doing it ever since," she says.

Indeed, music is the Morris family business. Savannah's parents — Craig and Donna — met as background singers on the set of the TV show Nashville Now. Donna has sung with Al Green, Elvis Presley, Garth Brooks, Neil Diamond — that's her on "Sweet Caroline" — and Craig has played piano for Loretta Lynn, wrote songs for Ray Price, Reba McEntire and others, and toured with Donnie and Marie Osmond.

No surprise that their daughter would pursue a music career.

"It just runs in the family," Morris says.

Along with performances by some of the nominees, '80s country star Sylvia will perform to honor Fleming, whose numerous credits include a co-write on "Nobody," Sylvia's No. 1 hit from 1982.

Haymes will co-host with Miss Arkansas Claudia Raffo, and there will be even be a red carpet for nominees to stroll and look glamorous. Attendees who buy VIP tickets get access to the red carpet and VIP room from 5:30-6:30 p.m.

The whole affair is designed to show off the Natural State's talent.

"These performers are very good at what they do and they are chasing their dreams," Haymes says, adding that the awards are good in multiple ways. "It puts these artists on a stage bigger than they are normally on and it puts a lot of different styles — country, Americana, bluegrass, inspirational — under one roof for one night. There are a lot of people who have worked hard and have never really been recognized.

"We have a lot of good ones here."