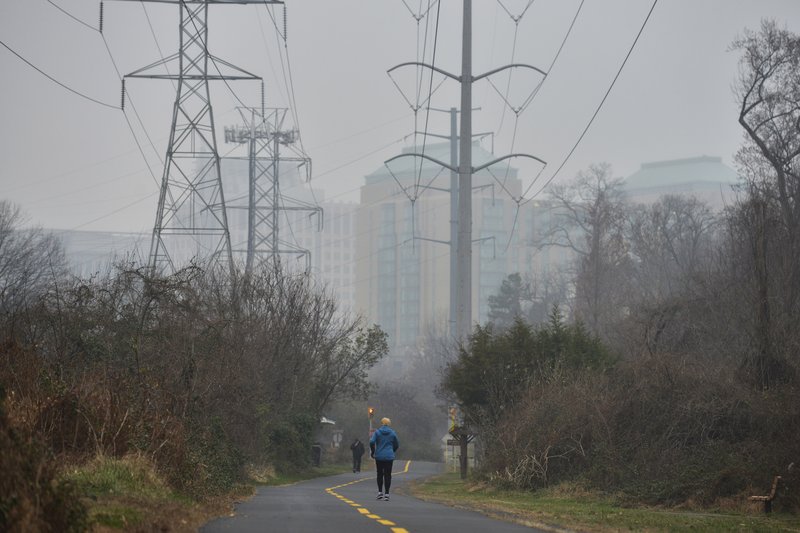 RICHMOND, Va. -- Some of the nation's biggest retailers have been waging a regulatory war against Virginia's powerful utility monopoly, Dominion Energy, saying that the state gives it too much freedom to raise electricity rates and earn profits.

Costco, Walmart, Kroger, Harris Teeter, Target and Cox Communications have all petitioned the State Corporation Commission for permission to buy energy from sources other than Dominion.

The commission denied Costco's request last week and denied Walmart's in February, ruling that if those big companies leave the network, costs will only go up for everyone who remains. The other requests are likely to meet the same fate.

But in their rulings, regulators have included a surprising message: The complaints are legitimate, and the companies should take their battle to the state Legislature.

The cascade of challenges comes at a time when Dominion has been facing increasing scrutiny of its access and influence in Richmond. The utility has long been Virginia's most generous corporate donor to both major parties.

With all 140 seats in the General Assembly on the ballot this fall, dozens of candidates -- mostly Democrats -- have proclaimed that they will not accept donations from Dominion.

On top of those issues, a number of major technology companies including Microsoft, Apple, Amazon and Adobe wrote to the commission last month, faulting Dominion for failing to migrate to renewable energy and for continuing to develop natural gas infrastructure. (Amazon founder and chief executive Jeff Bezos owns The Washington Post.)

Dominion counters that it has set ambitious goals for producing cleaner energy -- expecting to cut greenhouse gases in half by 2030 and reduce them by 80% by 2050. And the utility says it routinely works with companies to tailor energy plans.

"Our goals are to maintain reliable service for our customers, maintain affordability and do so while we transition to cleaner sources of generating that energy, and that's what we're focused on," Katharine Bond, Dominion's senior policy director, said in an interview.

Last month a coalition of groups from across the political spectrum formed the Virginia Energy Reform Coalition to push for breaking up the utility monopolies, which include Appalachian Power in Southwest Virginia.

Democrats say that if they can win majorities in both houses of the Legislature this fall, they'll push next year to reconsider how the state oversees its energy providers.

"I'd like to revisit this whole area" of state law, said Del. Mark L. Keam, D-Fairfax, a lawyer who has worked in regulatory affairs. "There's absolutely an appetite for it. Whatever changes we make really have to be about offering more [consumer] ­choices."

The rulings in the retail cases have highlighted the frustrations of judges on the State Corporation Commission, which has historically reviewed rates and could command refunds to customers for overcharges. The commission was created by the state's 1902 constitution and has sometimes been called the fourth branch of Virginia's government, though legislation backed by Dominion has reduced its power.

First, the utility pushed the Legislature to adopt a rate freeze in 2015 that suspended its regular review by the State Corporation Commission. Then, last year, Dominion helped write a sweeping overhaul of the state's regulatory framework that gave it leeway to invest in new projects instead of returning overpayments to ratepayers, limiting the commission's oversight role.

While many lawmakers and some environmental groups praised the overhaul because it encouraged Dominion to invest in alternative energies such as wind and solar, the changes were key to the complaints filed by Walmart and Costco, and echoed by the other businesses.

In the Costco case, the company argued that the state allows Dominion to add rate increases and to keep too much extra money through base rates that have not changed in years. A Costco representative argued to the commission that "it is enormously frustrating that an incumbent utility has an incentive to keep what I view as the customer's money," according to the State Corporation Commission's order released last week.

Taking note of the other retailers looking to break free of Dominion, Costco said that "a wave of commercial customers leaving the utility through aggregated retail choice is 'sorely needed to send a strong price signal to Dominion,'" according to the commission ruling.

Dominion argued that allowing those companies to leave the system would spread fixed costs over a smaller number of customers and cause rates to go up. In the interview, Bond also noted that some production facilities have been built to serve large commercial customers; if those customers leave, she said, those who remain will be left holding the bill.

The corporation commission agreed with that reasoning. But the members also agreed with Costco and Walmart that there has been "a decade of rising rates and the likelihood of even higher rates in the future."

The commission noted that if the retailers are unhappy with the "current statutory structure," their "potential for recourse may be found through the legislative process."

"As with any ... proposed legislation, we would want to carefully review it and assess its potential impact on all of our customers before taking a position," she said.