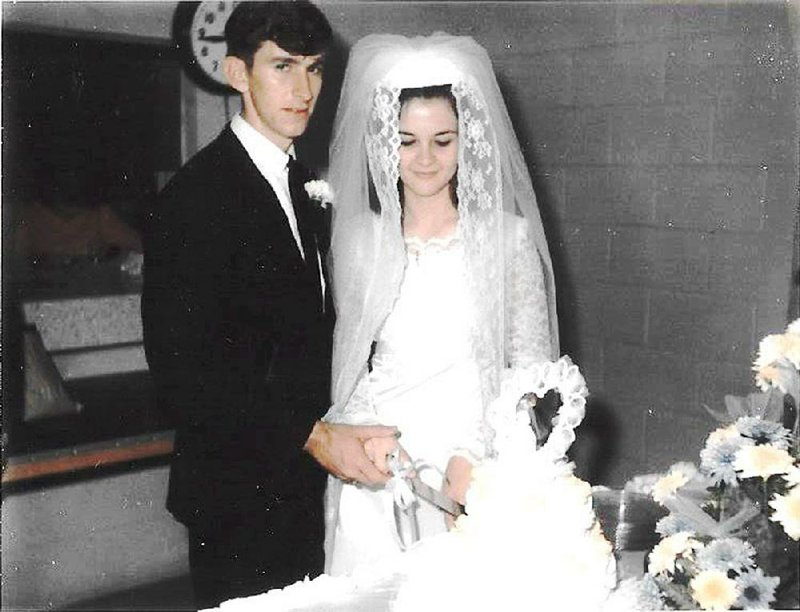 Johnnie Files and Patricia Raney were married June 6, 1969. When they first met, Patricia thought he lived to aggravate her. “I’m not going to say we don’t ever get aggravated with each other now because we do, like everybody else,” she laughs. “But after 50 years, we still love each other, we still enjoy each other.”

Johnnie Files was barely a teenager when he saw a little girl in the distance as he walked across a pasture with his dad in the early 1960s. Today he and that "little girl" live on that land and are preparing to celebrate their 50th anniversary.

Johnnie didn't pay much attention to the girl, Patricia Raney, three years younger than he, that first time he saw her.

He says: “She was a little kid. I was young, she was young, I didn’t think of anything back then.”

She says: “The only time Johnnie seemed to notice me was to tease or aggravate me.”

My biggest memory about our wedding is:

He says: “On the night of the rehearsal, I got really nervous. I got scared. And I don’t know why. I mean, I was shaky. But the day of the wedding was great.”

She says: On the day before the wedding “Johnnie had an old car that he, you know, drove the back roads in and everything and we got stuck about two or three miles from nowhere out in the woods and we had to walk out to make it to the rehearsal that night.”

He says: “Well, we’re best friends. And sometimes you have to learn to shut up and go on.”

She says: “You have to communicate and be willing to treat the other person with respect.”

"Of course, it didn't register on me that we might one day be together," he says.

Johnnie and his father had gone to Kingsland, near Fordyce, to see a horse Patricia's dad was selling and then back home to Little Rock. Johnnie didn't see Patricia again until his family moved to Kingsland in 1965, when he was a junior in high school.

"I think we double-dated one time," Johnnie says. "Patricia had a steady boyfriend all this time. And he was a friend of mine. So, you know, I was around her a lot."

Patricia remembers being in a car with Johnnie, her boyfriend and her sister.

"I was driving, and I told them I could see spider eyes on the pavement from the headlights of our car," she says.

Johnnie refused to believe her.

"I stopped the car and got out and walked around to where the spider was, and Johnnie got out," says Patricia, who wanted to prove she was right. "But he just got back in on the driver side and drove off leaving me standing there all alone in the dark. I am petrified of the dark. They made a block and came back. Needless to say, I was not a happy camper."

After high school, Johnnie joined the Naval Reserve and was sent to Great Lakes Naval Station for school. When he returned home in 1968, Patricia was the first person he saw.

"It was like she had grown up. And she was not dating that boy anymore," he says.

Johnnie worked for Arkla Gas, and when he heard that Patricia's mother had called because her dryer needed to be repaired, he volunteered to go. He fixed the dryer -- and then he sat on the front porch with Patricia.

"I think that's when I asked her for a date," he says. "We saw each other every night after that either on a date or on her front porch in the swing."

Every night, that is, until he left again for active duty a few weeks later.

Patricia liked that Johnnie shared her faith in God.

"He respected me as far as my faith, and we went to church together some. The guy that I had dated before, he was not a believer, and he made fun of me a lot," she says.

Johnnie knew almost immediately that he wanted to spend the rest of his life with her, and he asked her to marry him.

"So many guys were going over there for long, dangerous tours," she explains. "Many never came home. I knew several girls who made commitments to their guys and then wrote and broke up with them while they were over there. I didn't want to be one of those girls."

Johnnie was sent to San Diego and he expected to get orders to go to Vietnam.

"Well, God had different plans," he says. "I was given orders to report to the Naval Station in Norfolk, Va., to a ship that had just returned from a Vietnam cruise and was not scheduled to go back for two years."

He was given a weeklong leave before reporting in Norfolk, and while he was home, he asked Patricia again if she would marry him. This time she said yes.

Patricia, then a senior in high school, wrote to Johnnie every day -- sometimes three times a day -- from the time he left in November 1968 on a ship bound for the Mediterranean until he came home on leave three days before their wedding.

"I would spend my study hall time writing Johnnie instead of studying," she says.

They exchanged their vows on June 6, 1969, in Beech Grove Baptist Church in Fordyce.

Patricia's sister and her fiancé had been planning to marry on Valentine's Day, but Patricia convinced them to wait so they could have a double wedding.

"It was like two weddings put together," Patricia says.

Each bride had four attendants, and each couple had a cake.

Patricia and Johnnie moved to Norfolk together so he could complete 13 more months of active duty. Then they moved back to Arkansas and bought the land they live on from her family and built a house there. They have two children -- Nikki Rice of Fordyce and T.J. Files of Warren. They also have eight grandchildren.

Patricia and Johnnie hadn't seen each other in several months before the wedding and both wondered how they would feel about each other.

"The minute I saw him step off the plane, all my fears were gone," she says. "I loved him then, and I love him still. He's my best friend and the love of my life." 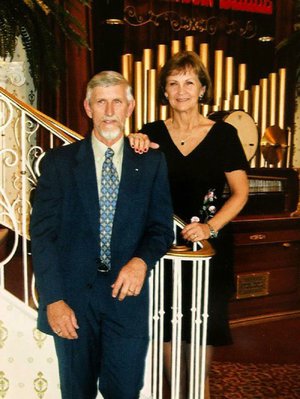 Johnnie and Patricia Files of Fordyce will celebrate their 50th anniversary Thursday. “When we went into it, we knew this was it for life. There wasn’t going to be any looking back,” he says. “And ... we’ve had a wonderful life. Wonderful.”

Print Headline: He aggravated her -- and so they were married