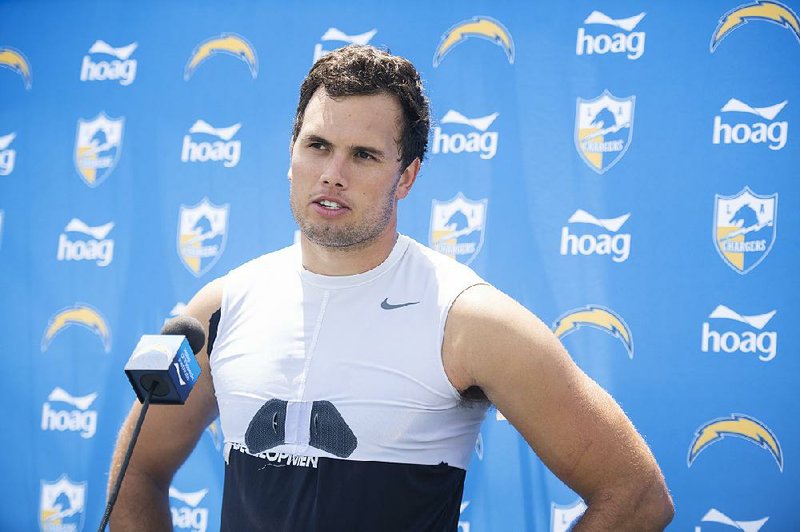 The Chargers delivered by finishing 12-4 and reaching the postseason for the first time since 2013, but Henry had to watch from the sidelines because of a torn ACL.

Recharged physically and mentally, Henry (Pulaski Academy/Arkansas Razorbacks) is ready to help deliver on those personal and team goals in his fourth year.

Henry sustained the right knee injury during organized team activities on May 22, 2018, and it was initially projected to be season-ending. Henry recovered in time to start the Chargers' playoff loss at New England, though he did not have a catch in that game.

With another seven months to fully heal, Henry finds himself performing at an even higher level in training camp and has made a series of standout catches during the first week. While coaches and teammates have noted the early displays of athleticism by Henry, he said the biggest difference from January to now has been in his mental approach. Henry said he no longer has concerns about taking a bad step or getting rolled up from behind, and that belief is allowing him to play without restrictions.

"I was not where I am now, that's for sure," Henry said. "I'm very confident in my knee. I don't really even think about it."

That is a frightening development for the rest of the AFC after the Chargers tied for the best record in the conference without Henry. Chargers tight ends combined for 564 yards receiving and 3 touchdown catches last season, but three players could not equal Henry's 2017 output of 579 yards receiving with 4 touchdown receptions.

The biggest deficit the Chargers had at the position without Henry was a lack of big plays. Antonio Gates, Virgil Green and Sean Culkin had 11 plays of 20-plus yards, none longer than 27 yards, something offensive coordinator Ken Whisenhunt expects to be resolved with Henry back in action.

"He's explosive, fast, obviously," Whisenhunt said. "He's one of those unique guys that's a good combination of size and speed."

For new Chargers backup quarterback Tyrod Taylor, it didn't take long to recognize what kind of a difference-maker Henry can be. Taylor found himself comparing Henry to former Baltimore tight end Dennis Pitta, his former teammate from 2011-2014 when Pitta was emerging as one of the top pass-catchers in the NFL at the position before hip injuries ended his career.

Henry and Pitta share a similar savvy in the passing game with the ability to make difficult and spectacular catches and show creativity in route running, Taylor said.

"Pitta was big for us in Baltimore. Hunter will be big for us here in L.A.," Taylor said. "Hunter is definitely a special talent and I'm happy to see him out on the field, going out without any restrictions and competing each and every day."

However, Whisenhunt doesn't want the focus on Henry's production as a receiver to downplay his contributions in the run game, where that willingness to block could be even more important given running back Melvin Gordon's holdout.

"When you talk about tight ends being dual threats -- good blockers and good receivers -- we feel like he's one of the top ones in that category," Whisenhunt said.

No matter how Henry is used, his presence could be what helps the Chargers win the AFC West, something they have not done since 2009, or reach the Super Bowl for the second time in franchise history. Henry also wants to be recognized as the game's top tight end, a title left vacant with the retirement of Rob Gronkowski, but he understands meeting those aims depends on his ability to stay on the field.