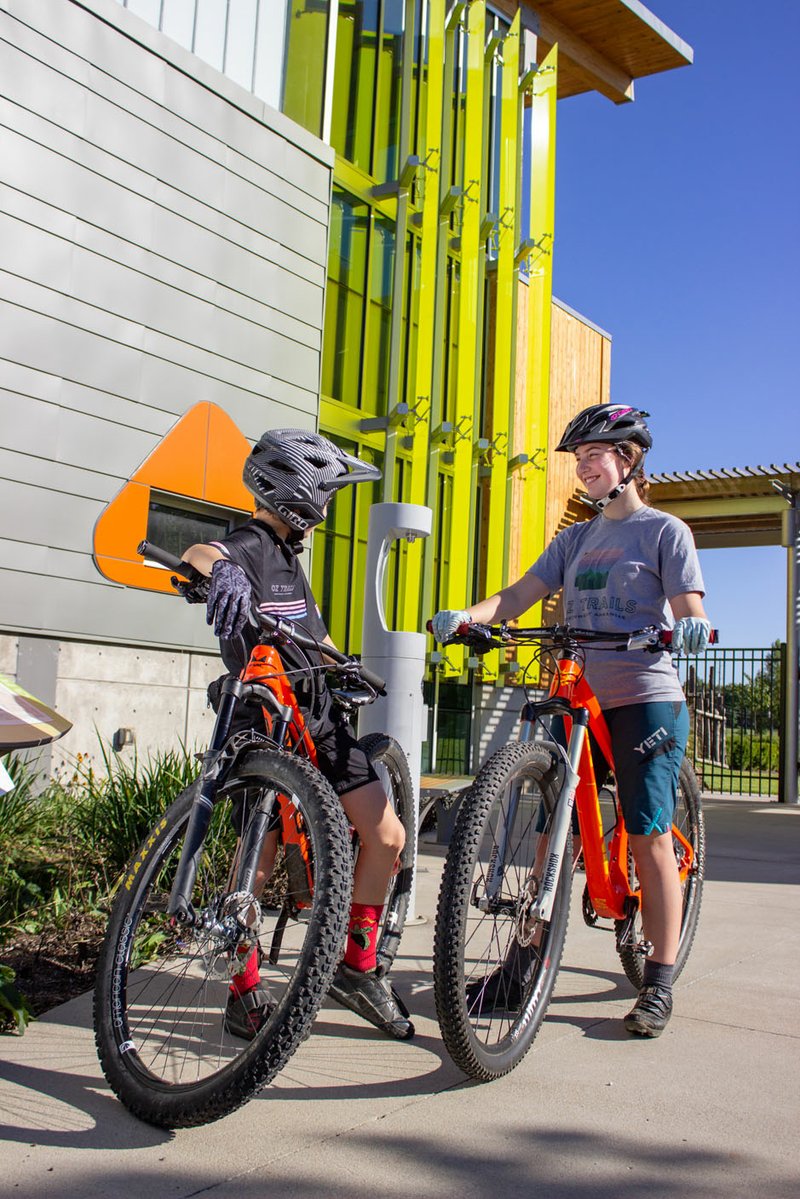 The Scott Family Amazeum in Bentonville, which celebrated its fourth anniversary on July 15, now finds itself right in the middle of several of the area's bike trails, and the organization takes that responsibility seriously.

"I think [bike friendly features] were always a priority," says Amazeum marketing manager Paul Stolt. "When we were starting construction five or six years ago, the [Razorback Regional] Greenway was ramping up construction at the same time. It became a natural thing to put the two together and have as many places people would like to travel connected to the Greenway as much as possible."

WHERE — 1009 Museum Way in Bentonville

Stolt says that, while it may be difficult for some families to travel to the Amazeum by bicycle -- the gear necessary when traveling with babies and toddlers can be cumbersome -- the popular children's museum does see some families arriving via the Greenway. For those families, as well as other bicyclists who may be just passing through, the Amazeum offers several valuable resources.

"We have ample parking for bicycles here on campus," says Stolt. "We have a water bottle filling station and a repair station. People can also come in and spend some time in the cafe without paying admission."

The Amazeum's Zing Cafe offers a selection of sandwiches, snacks and drinks.

While the Amazeum is a premier destination for families with children, Stolt encourages adults -- with or without children -- to add it to their lists of bicycle-friendly locations.

"We're not just a children's museum," he points out. "We even have adult evenings, and we definitely encourage people to ride their bikes to those. We have great facilities for people to come in and do a little bit of exploring and spend some time learning something new."

And, adds Stolt, with the upcoming street construction planned for J Street, Museum Way and John Deshields Boulevard, biking will become an increasingly easy way to access both the Amazeum and Crystal Bridges.

Print Headline: Coast On In