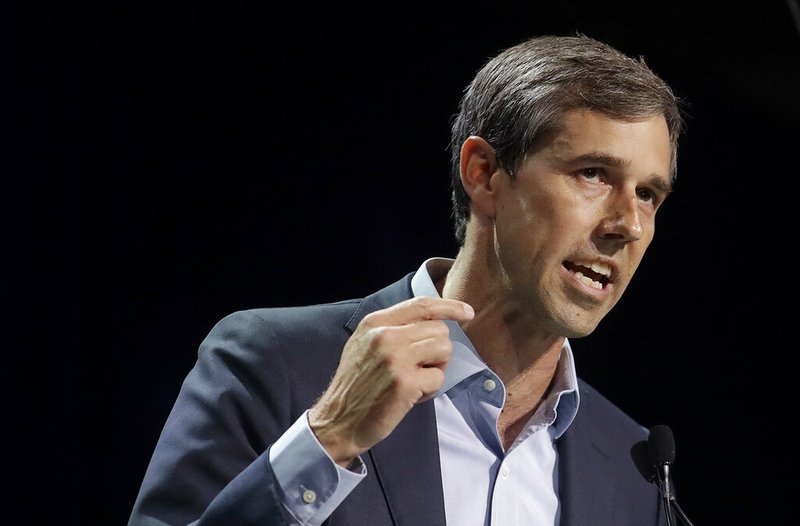 Democratic presidential candidate Beto O'Rourke, who became a political celebrity last year while running for the U.S. Senate in Texas, will headline the Arkansas Democrats' annual Clinton Dinner in Little Rock next month.

O'Rourke will become the latest in a trend of red-state Democrats to deliver the keynote address in recent years, as the party's political fortunes faded in Arkansas.

"Representative O'Rourke's passion and energy are undeniable," Gray said. "In 2018, his campaign redefined what's possible in the South, and he has continued to harness progressive energy in his presidential campaign. We are excited to host him in the Natural State."

The Clinton Dinner is traditionally the biggest annual fundraiser for the state party. The event will be held Aug. 17 at the Statehouse Convention Center.

The event, previously called the Jefferson-Jackson Dinner, was renamed for former President Bill Clinton in 2016. The former president as well as presidential candidate and former first lady Hillary Clinton have each headlined the event in years past.

The Republican Party of Arkansas invited Trey Gowdy, a former congressman from South Carolina, to speak at its Reagan-Rockefeller fundraiser in June.

As a presidential candidate, O'Rourke has spent much of his time visiting the early primary states of Iowa and New Hampshire, according to campaign tracking by the website fivethirtyeight.com. O'Rourke had visited the two states a combined 60 times by May, according to the site.

"We believe in building a grassroots campaign that organizes everywhere, brings everyone in, and writes no state off," O'Rourke said in the news release. "We believe that people throughout Arkansas are critical to making it happen."

Other candidates have so far spent little attention on Arkansas.

U.S. Sen. Michael Bennet of Colorado visited Marianna earlier this month amid his own presidential campaign. The senator's wife, Susan, is from the town, and the senator said in a Facebook post that they visit every year.

Arkansas will hold its primary in March next year, in order to coincide with several other Southern states in what has been dubbed the "SEC primary."