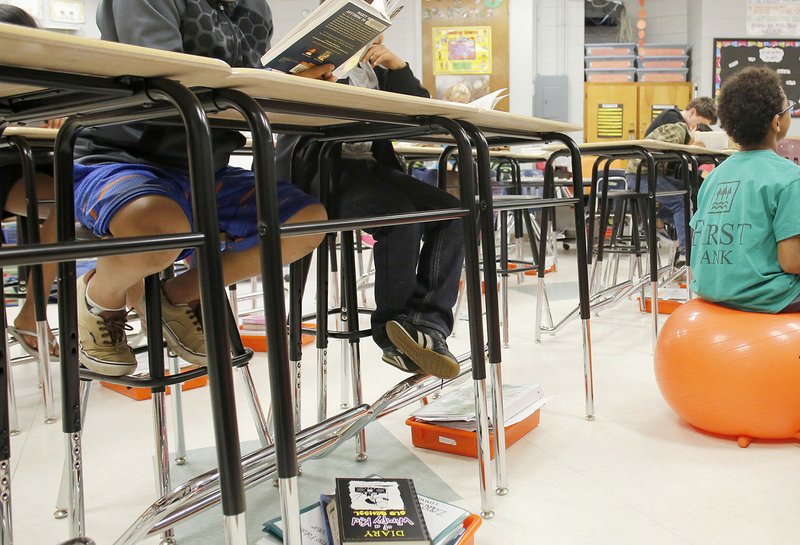 An elementary school that operated in Fort Smith for more than a century will close its doors because of financial problems, the Diocese of Little Rock said Thursday.

Officials at St. Boniface Catholic School, which has students in prekindergarten through sixth grade, announced the decision during a town-hall-style meeting with parents and parishioners.

The Rev. Mario Jacobo, pastor of St. Boniface Church, said at the meeting that the parish could no longer financially support the school. The school will not open its doors in August.

"Enrollment for the 2018-2019 school year was 120 students, but as of July only 72 students were scheduled to begin classes in August," said Theresa Hall, superintendent of Catholic schools. "Eighty percent of the students had requested reduced tuition."

A 10-month strategic plan was presented to Fort Smith pastors and principals July 8 in an effort to come up with a solution.

"Even with substantial support from the endowment and private benefactors' financial resources, it is not sufficient to ensure the long-term viability of the school," Jacobo said in a news release.

St. Boniface teachers have been encouraged to apply for positions at other Catholic schools in Fort Smith. Students also are being directed to those facilities, officials said.

St. Boniface is the oldest Catholic school in Fort Smith.

Earlier this year, officials at St. Edwards Catholic School, a 134-year-old elementary school in downtown Little Rock, announced that it was closing because of financial shortfalls.

That school was believed to be the oldest elementary-middle school operating in Little Rock.