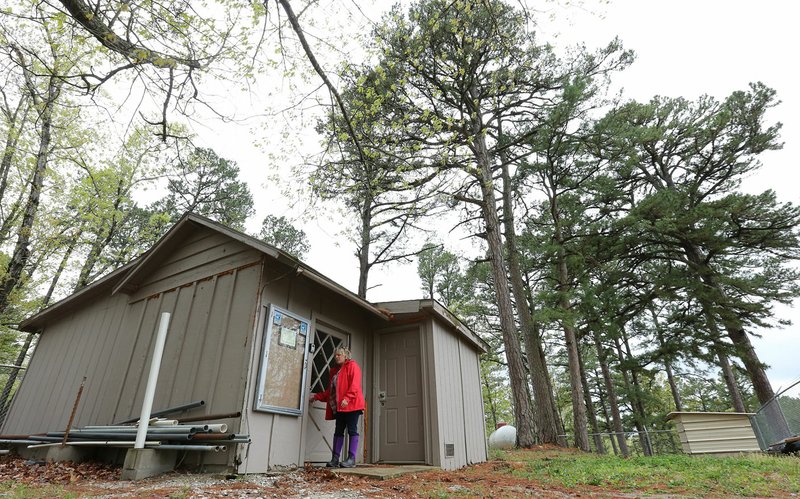 BENTONVILLE -- Loan money will allow a small water district with a tainted well to connect to another source in Benton County.

The Rambo Water District's well tested positive for cyanide. The district has been in violation of federal Environmental Protection Agency standards for cyanide content since July 2017, according to the Arkansas Department of Health.

The district covers about 2 square miles near Beaver Lake. It serves about 37 households via a community well, which was dug 1,170 feet deep in 1987.

The district also has been approved for a $200,000 Community Development Block Grant for the project, which will connect Rambo users to Benton County Water Authority No. 5.

The cost to connect was projected has high as $855,000, D'Ann Whittle, the Rambo water operator, said in April. The cost estimate came from an engineering firm the district hired.

"This is great for the Rambo district. They were in a pickle. Fortunately, Water Authority No. 5 was close by," said Brent Leas, Benton County Rural Development Authority chairman. The development authority oversees water authorities No. 4 and No. 5, Leas said.

The repayment schedule will not exceed 20 years or the life of the project, according to the release. Leas said loan repayment will be added to the authority's $4.2 million debt and will add three years to the 2036 payoff.

He said the $200,000 loan from the Resources Commission has principal forgiveness and is a "grant in essence."

The authority is able to pay down its debt by collecting a minimum of $54.17 per customer monthly, which includes 1,000 gallons of water used. That rate would go up if a customer uses more than 1,000 gallons a month, he said.

Water Authority No. 5 serves 588 customers east of the Arkansas 12 bridge, he said. The service area runs along the Hobbs State Park-Conservation Area border, according to its web page.

The Rambo district has problems beyond cyanide in its well. The water lines to the households are deteriorating. There are at least three to five breaks a year, according to information provided to Benton County for the grant application.

District members have repaired the broken pipes. The Rambo area doesn't have fire hydrants and adequate fire protection is a concern.

The project will replace the aged water system with a 4-inch diameter water main and connection to Water Authority No. 5 at the intersection of Rambo Road and Huckleberry Hills Road, according to the release. Work could start next spring, Leas said.

"The project will provide safe and reliable water source for the residents of Rambo Riviera by obtaining treated water from Beaver Lake and becoming a part of BCWA No. 5," Mark Bennett, Resources Commission water development division manager, said in the release.