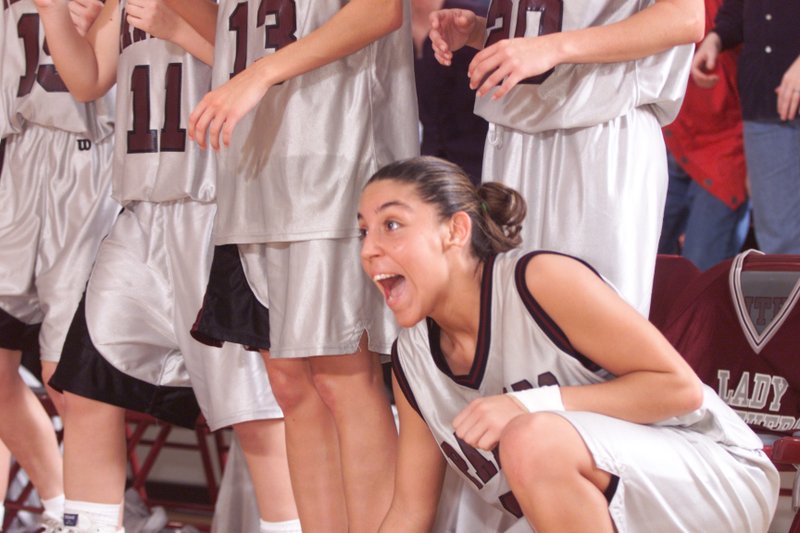 Arkansas Democrat-Gazette File Photo India Lewis cheers on her teammates in a 1999 game against Harrison.

SILOAM SPRINGS -- When it came to athletics, India Lewis could do it all.

In basketball, Lewis' career is legendary not only at Siloam Springs High School but also in the entire state of Arkansas, where fans would drive from all over to catch a glimpse of her.

WHY HER? Lewis was a multi-sport star at Siloam Springs and helped lead the Lady Panthers basketball team to a state championship as a senior. Lewis was the Arkansas Democrat-Gazette’s Miss Basketball in 1999, after averaging 27 points, four assists, three rebounds and six steals per contest. She also was a standout softball player and was named the ADG’s Female Athlete of the Year for 1999. Also helped the Lady Panthers reach the state semifinals in volleyball her senior year and participated in track and field. … Went on to play basketball at the University of Arkansas and overseas for a time before returning to Siloam Springs. 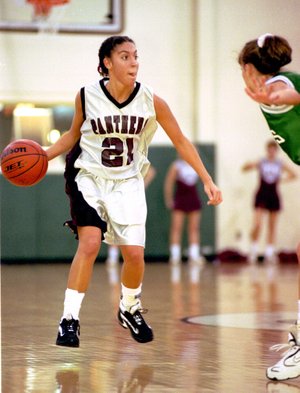 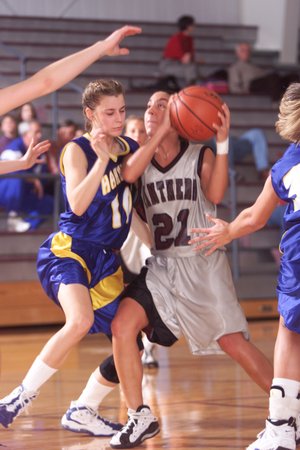 In softball, she was the best hitter around, and that shouldn't be any surprise given that she routinely played baseball with the boys growing up as a youngster and more often left them in tears after she beat them.

Coach Rose Cheek-Willis, a Siloam Springs legend herself for her eight state championships as head volleyball coach, likes to tell of other India Lewis stories not often told.

Both occurred her senior season of 1998-99 at Siloam Springs when she was named Miss Basketball by the Arkansas Democrat-Gazette and as the newspaper's Female Athlete of the Year.

That fall, Cheek-Willis had finally convinced Lewis to give the sport of volleyball a shot.

"She knew nothing about the game, but I finally talked her into playing," Cheek-Willis said.

With no experience previously, Lewis earned one of the Lady Panthers' defensive positions and wound up earning a team award for the spot.

With Lewis not letting any balls touch the floor, the Lady Panthers advanced all the way to the state semifinals.

"(Lewis) could read so well, and you just couldn't put the ball down on her," Cheek-Willis said.

Cheek-Willis also was the Lady Panthers' head track coach. With Lewis a star for the Siloam Springs softball team, Cheek-Willis also managed to get her to come out the spring of her senior year and participate with the track squad and run in the relays.

That spring, Siloam Springs' relays shined bright at the state meet, placing high in the 400-, 800- and 1,600-meter relays with Lewis running the anchor leg in several of those races, Cheek-Willis said.

The volleyball and track accomplishments bookended a storybook senior season for Lewis, which included leading the Siloam Springs girls basketball team to the AAAA state title and a solid senior year for the softball team.

In basketball, Lewis averaged more than 27 points, four assists, three rebounds and six steals per game for the Lady Panthers. In softball, she played catcher and hit .595 with 23 RBIs.

Lewis' commitment to excellence in whatever she did made her special, according to her high school girls basketball coach.

"She had a toughness -- internal and external -- and a passion for the game, passion for winning and always striving to be the best in whatever she did," said Sharp, former Siloam Springs girls basketball coach. "She had a contagious joy, infectious smile and a way to make everyone else feel valued, included, needed. She had the uncanny knack of making everyone around her step up the level of their play and never settle."

Sharp added that Lewis was an amazing leader on and off the court.

"She was a complete extension of the coach on the court," Sharp said. "The team looked to her and her response to challenges and responded as she did."

Lewis' Lady Panthers team defeated conference rival Alma in the state finals to win the 1999 state title game in Pine Bluff. Madelyn Flenor was on the other sideline that day as Alma's coach at the Pine Bluff Convention Center, and it would be the last time she had to face Lewis after so many years of playing in the same conference.

"I don't believe there's probably anybody more competitive than India," Flenor said. "She was just so competitive. My best example, we played them in finals, one of our goals was to not let her make a 3-point shot. She still had 32 points. She had that special ability to find a way to win. She made every one around her better. We spent time trying to figure out how to limit her passing because she was a great passer.

"I'm not sure there's ever been an opposing player we spent any more time trying to scout and somehow try to find a way to find a weakness. Bill Parcells has a book, Finding A Way To Win, and India should have had a chapter by herself."

Former Siloam Springs football coach and athletics director Ken Harriman remembers Lewis for being as good of a person as she was an athlete.

"The way she carried herself and represented our high school and our community caused her to be loved both at home and away venues," said Harriman, who was athletic director from 1998-2002. "I can't tell you how many times I heard opposing fans and other school people express their admiration for her. She was the epitome of what you'd want a student-athlete to be."

After her storied career at Siloam Springs High School, Lewis went on to play basketball at the University of Arkansas, where she was a regular contributor and second for the Razorbacks in scoring the last two years. Arkansas reached the NCAA Tournament in three of her four seasons.

She also played basketball professionally overseas for a time before returning to Siloam Springs.

In June 2018, Lewis was diagnosed with breast cancer, which spread quickly to other parts of her body. After a short but courageous battle, Lewis died on Aug. 7, 2018, at the age of 36.

Lewis' death stirred memories of her legend from not only Siloam Springs and around the state but also across the country and the globe.

"India had a way of making you feel like you were the most important person in the room," said Amy Wright, a teammate at Arkansas and now an assistant coach with Gary Blair at Texas A&M, who was Lewis' coach at Arkansas. "What you learned was the other 50 people in the same room felt the same way. Her quick-wittedness kept you on your toes and her undeniable ability to tell you the truth, that may hurt your feelings but kept you yearning for more, was absolutely genuine. That was our two-one." 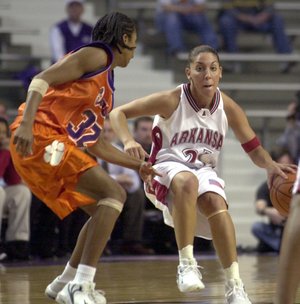 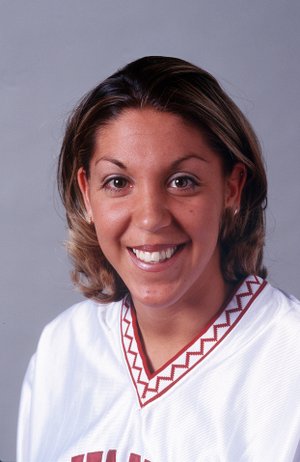