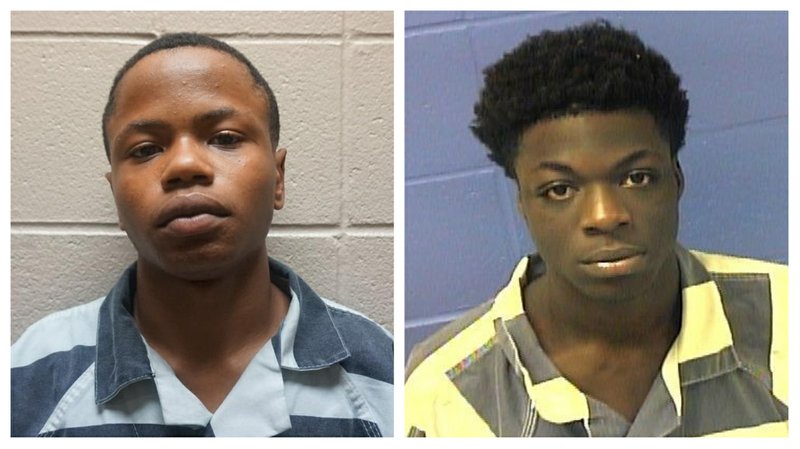 Judge Troy Braswell Jr. denied the motion to transfer the case of Robert Smith III, one of two young men accused in the abduction and killing of a Wooster woman last seen alive at a Conway shopping center in July 2018.

"The court finds clearly and convincingly that due to the capital murder, kidnapping and robbery charge, the law requires that the charges remain in the criminal division of the circuit court," Braswell wrote. "Furthermore, the allegations in this case suggest that the crime was random and violent in nature."

Smith, 17, and his 19-year-old cousin, Tacori Mackrell, both of Pine Bluff, are charged with capital murder, kidnapping, aggravated robbery and theft of property in the slaying of Elvia Fragstein, 72, who officials say died from strangulation and blows to the chest and spine.

Smith was 16 at the time of Fragstein's death but was charged as an adult. He faces up to life in prison without parole if convicted as an adult, but he cannot face the death penalty because of his age at the time the crime was committed.

Attorney Garfield Bloodman filed a motion in April asking Braswell to dismiss Smith's case or transfer it to juvenile court. A hearing was held July 3, but Braswell didn't rule on the motion until Thursday.

The crime occurred outside a major shopping center in Conway on a Saturday afternoon, according to his order.

"Due to the location, time of day and circumstances of the kidnapping and ultimate death of the victim, the court is convinced clearly and convincingly that the protection of society requires that the charges remain in the criminal division of circuit court," Braswell wrote.

An autopsy revealed that Fragstein suffered broken ribs, a fractured cervical vertebra and a crushed throat, according to court testimony from Stephen Erickson, a medical examiner for the state Crime Laboratory.

Police believe Fragstein had been shopping at the Conway Commons Shopping Center when she was abducted. Fragstein is seen on security camera footage exiting a store, and another security camera showed her vehicle driving erratically across the parking lot.

Smith and Mackrell also are seen on video footage walking around the shopping center, according to the prosecution.

Helmut Fragstein reported his wife missing later that evening when she didn't return home. The woman's body was found four days later on a rural road near Pine Bluff.

Testimony indicated Smith was affiliated with a group called the Murder Gang in Jefferson County, according to Braswell's order. A video presented by prosecutors showed several young men "promoting and glamorizing murder and robbery," wrote Braswell. Smith is in the video pretending his fingers are a handgun, according to Braswell.

"The lyrics and video as a whole show approval of and celebrate a lifestyle of murder and robbery," Braswell wrote.

In his conclusion, Braswell wrote that Fragstein suffered "a traumatic and prolonged assault with significant violence."

"Her body was beaten, broken and suffocated," according to the court order. "Eventually, her body was dumped like a piece of trash. These crimes were random and horrific. These charges do not belong in juvenile court. The charges belong in the criminal division of circuit court."