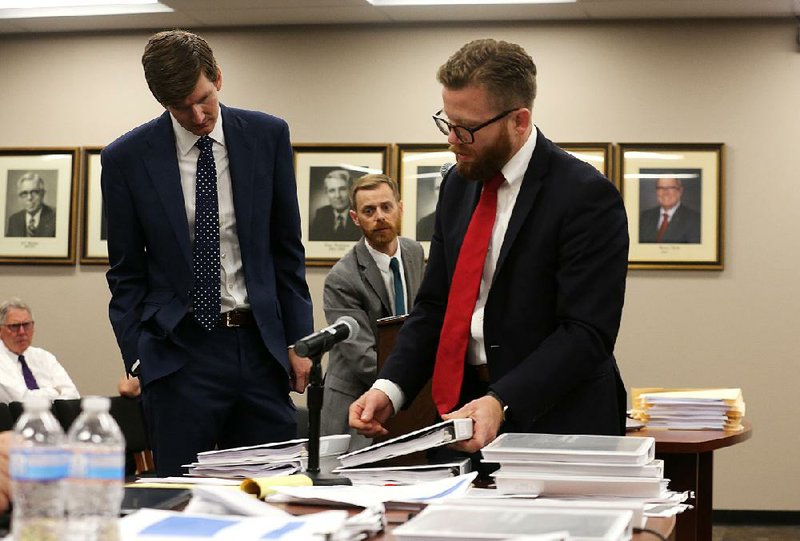 As Walmart Inc. started making its case Wednesday to cut its Pulaski County property-tax assessments by nearly half, its two witnesses didn't say the phrase "dark store theory," but they nonetheless hewed close to a legal argument derided as such by assessors.

This is the theory's first major test in Arkansas, assessors have said. Retailers have seen mixed success in other states when pursuing the argument, which is that big-box retail stores should be valued -- for tax purposes -- as if they are closed and vacant.

"This case is not about accepting or rejecting one theory over another," Ryan Wilson, a private attorney hired by Walmart, said during a brief opening statement. "It's about finding the true market value -- what Arkansas law requires."

Both Walmart and Pulaski County are preparing as if the case will go to the state Supreme Court, observers said. Both retained outside counsel to handle the matter.

Roughly $4.5 million in annual tax revenue is directly at stake from the 10 Walmart properties in the county -- eight supercenters and two Sam's Club stores.

Washington County Assessor Russell Hill estimated that more than $100 million in local tax dollars statewide is at stake should Walmart set statewide precedent and should other retailers follow their tracks.

County Judge Barry Hyde, who is an elected Pulaski County executive who acts as a jurist when the county court is in session, is presiding over the hearing, which is expected to finish today. Hyde will have up to 20 days to issue a decision, which either party can appeal to circuit court. 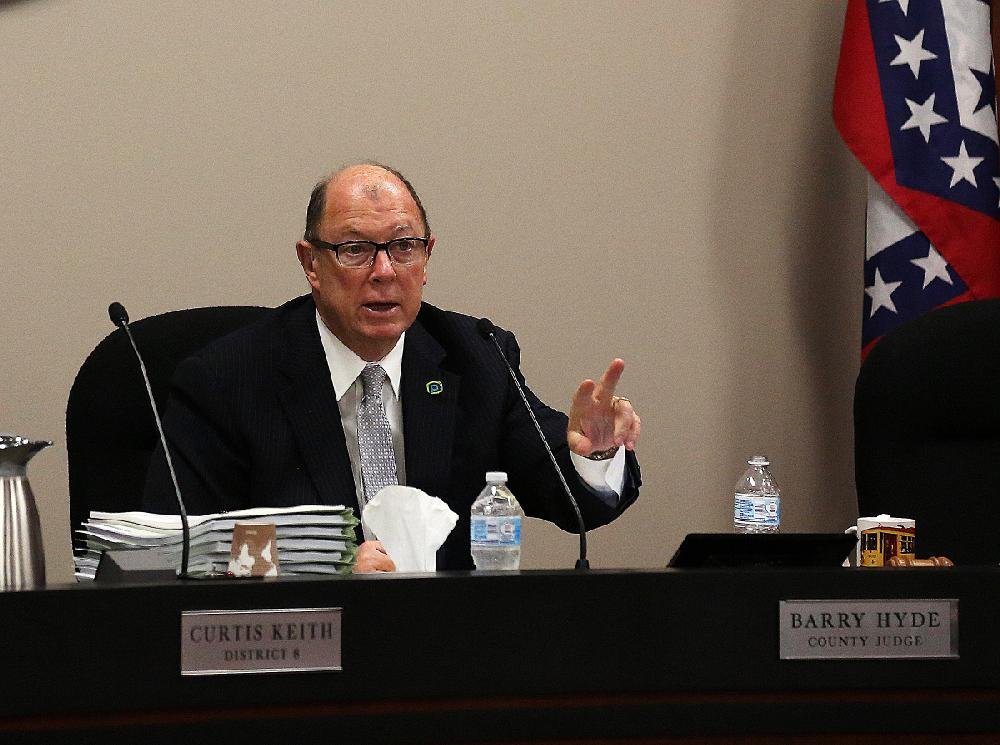 Pulaski County Judge Barry Hyde presides over the hearing on Walmart property tax assessments Wednesday. Hyde has 20 days to give a decision on whether the retail giant’s assessments should be drastically reduced. His ruling can be appealed by either side, and the case is seen as likely to end up before the state Supreme Court.

But the core argument advanced by Walmart is that the buildings on the land it owns are so customized to their own needs that they cannot fetch a price on the open market that is comparable to their valuation for tax purposes.

Much of Wednesday was spent going over portions of detailed appraisals that Walmart submitted to the county.

Jeff Ford, a private appraiser whom Walmart paid $25,000 to value the properties, read through all 10 of his reports as Wilson, representing Walmart, asked Ford questions about his rationale for each property.

"I'd clap, but that would be inappropriate," Hyde said after that portion of Ford's testimony concluded.

Ford, in his appraisals, most heavily relied on a "sales comparison approach" when determining the values, he testified. To use this method, Ford drew from property sales of seven former big-box retail stores across the region. One, for instance, is now a warehouse for an online Mardi Gras store in Baton Rouge.

Harrison Kemp of the Little Rock firm Mann & Kemp, representing the county, suggested the Baton Rouge store's buyer agreed to a list of deed restrictions that prohibited the buyer from operating a grocery, discount store and other specific businesses on the property.

Close to 60 people milled in and out of the meeting room throughout Wednesday, according to a sign-in sheet kept at the front desk. Visitors included Little Rock School District Superintendent Michael Poore -- the district's chief financial officer said about $1.5 million involved in this case is for the district -- and tax assessors from throughout the state.

The hearing was moved to the Quorum Court meeting space in order to accommodate the larger-than-usual number of people who wanted to observe. The setting, more of a council-chambers room than a traditional courtroom, produced awkward moments.

Instead of sitting at a witness stand, Walmart's witnesses stood to testify -- Ford spent hours standing between periodic breaks -- while everyone else in the room was seated.

Hyde told lawyers that they did not have to address him as "your honor," but they continued to do so anyway. They lodged objections, used courtroom jargon and submitted lettered exhibits.

"County court is a court of record," Pulaski County staff attorney Meagan Davis said during a break, adding that the transcript will be forwarded to circuit court if the case is appealed. "It's being recorded for a reason."

CORRECTION: Pulaski County Judge Barry Hyde acts as a jurist when the county court is in session, for example, when he hears appeals of property assessments. A previous version of this story misstated his role during county court hearings.