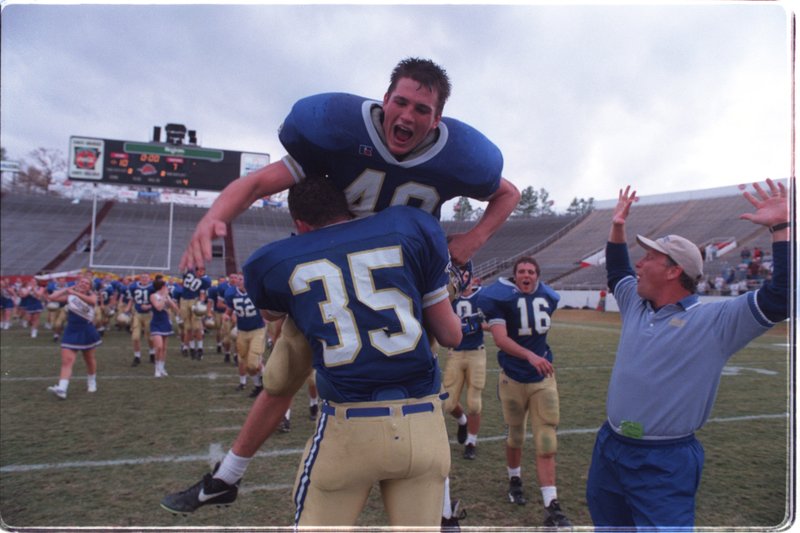 HARRISON -- Students with a desire to play high school sports in this north-central Arkansas city have one common goal, and Tommy Edwards was no different.

WHY HIM? He was a member of the Associated Press Super Team as a defensive lineman, but his offensive heroics helped Harrison win the 1999 Class AAAA state championship. He caught a game-tying 69-yard touchdown pass, then kicked a 26-yard field goal with no time remaining to give the Goblins a 10-7 victory over Alma and a perfect 14-0 record. He also played on two Harrison basketball teams that reached the Class AAAA state final.

He became a four-year letterman at Arkansas Tech from 2000-03, where he was named on a number of All-American teams as a defensive end and named NCAA Division II national defensive lineman of the year in 2002 by Don Hansen Football Gazette. He is the Wonder Boys’ career leader in quarterback sacks with 28 and shares the school record for quarterback sacks in a single season with 12. He was also the punter at Tech, where he owns the single-season record for punts (76) and punting yardage (3,194). He finished his career with 206 punts and a 39.7-yard average.

He was selected to the Gulf South Conference’s all-decade team for 2000-09 as both a defensive end and a punter and earned all-conference honors in both positions in 2002 and 2003.

Upon graduation, his original plans were to play Arena Football, then play in the Canadian Football League. He played one week in arena football before he went back to Harrison, where he remains today and farms. 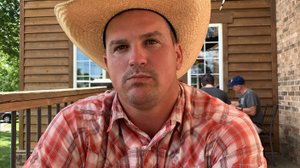 NWA DEMOCRAT-GAZETTE/HENRY APPLE Tommy Edwards is a farmer in Harrison these days, 20 years after his senior year at Harrison. 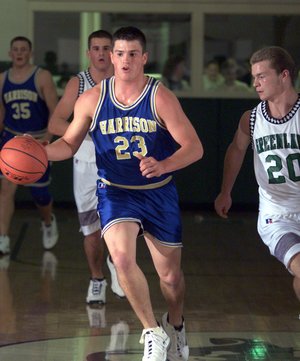 Tommy Tice, who coached football at Harrison from 1982 to 2011, said the community had been blessed with a number of great athletes during his time there, and Edwards was definitely near the top of that list. He noted, however, there was something different about Edwards, who played basketball and football for 3 years before he graduated in 2000.

In fact, Tice said he could see it in Edwards' eyes.

"His eyes were dark brown," Tice said. "But I tell you what: at game time they were almost steel black. He would be ready to go. It didn't make any difference what we were playing or who we were playing. He was ready to go all the time.

"He had a will to win and a desire to be the best. He would go out there and compete with nothing short of victory in his mind."

Edwards' name will forever be etched in Goblin lore for his performance in the 1999 Class AAAA state football championship. He kicked a 26-yard field goal as time expired to give Harrison a 10-7 victory over Alma and allowed his team to complete a perfect season.

Edwards, however, was better known outside the area as a defensive lineman. He was named to the Associated Press Super Team in 1999 at that position, and it was one of two positions he played at Arkansas Tech, where he was named to a number of All-American teams in his four years there and remains the Wonder Boys' career leader in quarterback sacks with 28.

Many players have told their respective coaches those famous words, and Edwards did likewise to his coaches. However, Tice had to hold his standout player to those words during a regular-season game against Alma, which served as a prelude to the state championship game.

The Goblins lost running backs Cody Estes and Taylor Lee to injuries during that game, and those injuries left them without a wingback. So Tice called on Edwards.

"We didn't have a wingback that was really big enough to make the blocks we needed to make," Tice said. "I told Tommy I had to put him in at wingback, and he said 'Coach, I don't know the plays.'

"I said 'Here's what is going to happen, Tommy. We're going to run every play in the second half off the hashmark to our sideline. I'm going to tell you from the sideline what to do.' He said 'I'll do it.' Luckily for us, Tommy was such an intelligent player that we got it done, somehow, and won that game 9-7."

Edwards did much more in the state championship game than kick the game-winning field goal. Alma broke a scoreless tie in the third quarter on Jonathan Kimes' 2-yard touchdown run, but Harrison tied the game at 7 when Edwards caught a pass from Zack Roth, broke two tackles and ran 69 yards for a touchdown.

The Goblins later faced a third-and-13 from the Airedales' 45 when Edwards -- who was later named the game's most valuable player -- caught another pass, this time for 20 yards and a first down. Harrison then ran four plays to the Alma 9 before he kicked the field goal.

"We had prepared for what we were supposed to do," Edwards said. "Alma called a timeout before the kick, and I was thinking about practicing at home. This was for the state championship, and when those things are running through your head you'll be a little nervous. Anybody is going to be nervous.

"Coach Tice asked me where I wanted the ball, and I had told him in the center of the field. After I saw the ball go right down the middle, I just took off running because I knew it was good."

Harrison didn't enjoy the same success in basketball as it did in football, but the Goblins came really close. Harrison reached the Class AAAA state championship game in 1999, Edwards' junior season, but Watson Chapel won the title that year.

The Goblins then made it back to the state championship again in 2000, only to be defeated by Hot Springs Lakeside in the title game.

"If we would have been fortunate to win that game in 2000, Tommy would have been the MVP in not only the football game but the basketball game, too," Tice said. "A lot of coaches didn't like their players touching basketballs during football season, but a lot of times we would be playing horse at lunch in the gym. It never was a problem.

"That group was a unique bunch. They just wanted to win and they would do whatever it took to win. I didn't care if they went out there and shot baskets. In fact, I went out there and played a lot of horse against Tommy Edwards. He always won, though." 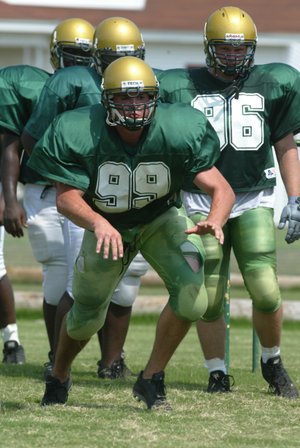 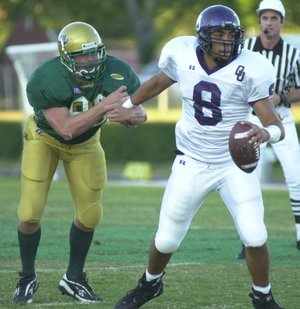 Print Headline: BEST EVER! Edwards' intensity made a difference in Harrison