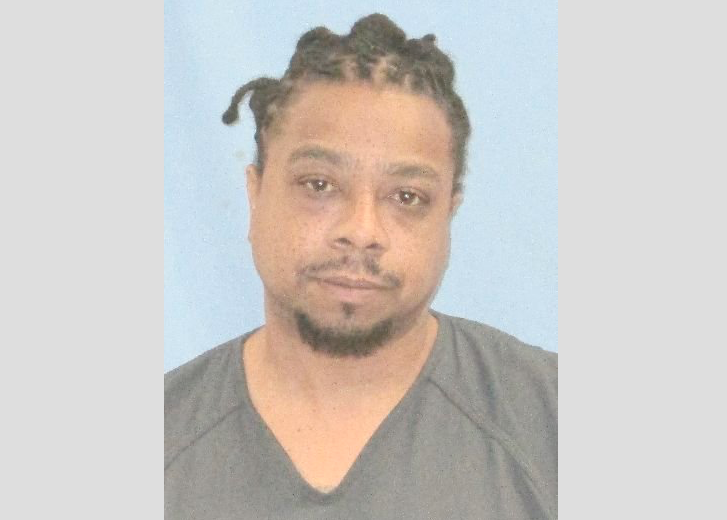 A Little Rock man who said he founded a youth outreach program to steer teenagers away from the gang life he gave up was sentenced Friday to 10 years in prison for selling large quantities of marijuana -- which he said he did to financially support the kids' activities -- and illegally possessing guns.

Chris Lamont Alexander, 42, pleaded guilty in January to two federal charges -- conspiring to possess with the intent to distribute 88 to 110 pounds of marijuana and possessing a 9mm rifle in furtherance of a drug trafficking crime.

The charges stemmed from Alexander's encounters with a confidential informant to whom he admittedly sold a pound of marijuana in August 2017. Assistant U.S. Attorney Chris Givens said that the next month, on Sept. 11, the informant called Alexander, who arranged to sell 10 pounds of marijuana for $7,000. Givens said law enforcement officers listened in as Alexander, who was at his auto detailing business at a Little Rock carwash on Daisy Bates Drive, promised to meet the buyer at the carwash in an hour.

Detectives watched Alexander leave the carwash in his red Dodge Charger and drive to a rented storage space in Jacksonville, where a woman walked out with a bag and then got into Alexander's car, which headed back to the carwash.

At the carwash, a police dog alerted to marijuana in the Dodge and in another car that Alexander also owned, in which officers also found a 9mm Kel-Tec .40-caliber rifle, Givens said. He noted that the rifle lay alongside pamphlets for Alexander's youth organization -- Better and Community Values, which uses the initials of local gangs the Bloods, Crips, Folks and Vice Lords.

The prosecutor said a search of the Jacksonville storage building later turned up a small amount of marijuana, body armor and two more rifles -- a Ruger .22-caliber and an Alexander Arms AAR-17, both unloaded.

On Friday, Chris Alexander told U.S. District Judge D. Price Marshall Jr. that "jealousy and greed is what took my son's life." He said Cyncere "was killed at a place [where] he should have been safe."

The next month, he said, his 18-year-old brother, Michael Davis, was fatally shot in the head while riding with two other people in a car on Asher Avenue. Davis, who was in the front passenger seat, was shot by occupants of a car that sped past. He died the next day, on Aug. 15, 2017. Gary Bradley, 20, and James Langford, 30, were charged in the slaying just two months ago.

Alexander told the judge that years ago, he was shot in the head while at a stoplight on University Avenue, and that six months earlier, a friend of his, Brian Shields, "was killed in my front yard in 2015, and no one has ever been arrested."

"It almost makes me want to run every stoplight," he said.

Addressing the judge from a courtroom lectern, he turned to Givens, who had argued that his crimes were undermining the good Alexander was trying to do, and said, "selling marijuana was the wrong thing to do. I know this." He said he began carrying a gun after he was shot in the head, even though he wasn't allowed to because of a previous conviction, and also kept guns in an effort to protect his family.

"Please take the good that I have done for my community into consideration," Alexander said. He talked about his efforts to work with local officials and to help kids, such as by showing free movies to the community and working with a pastor.

Marshall accepted an agreement between Givens and defense attorney Jeff Rosenzweig to sentence Alexander to five years on each charge, to be served consecutively, telling him, "I agree you turned a corner in your life and were making a significant difference in the lives of others," though, "it wasn't entirely pure."

Marshall added, "I understand all the hydraulic pressure to protect yourself."

But, he said, "Mr. Givens is right that the law ... requires a serious punishment."

Marshall said he would recommend drug treatment and mental health treatment for Alexander while he is in prison and later on supervised release for three years.

"You have much potential to do good, Mr. Alexander," he said, adding, "The world needs folks like you [but] it needs them on the straight and narrow."