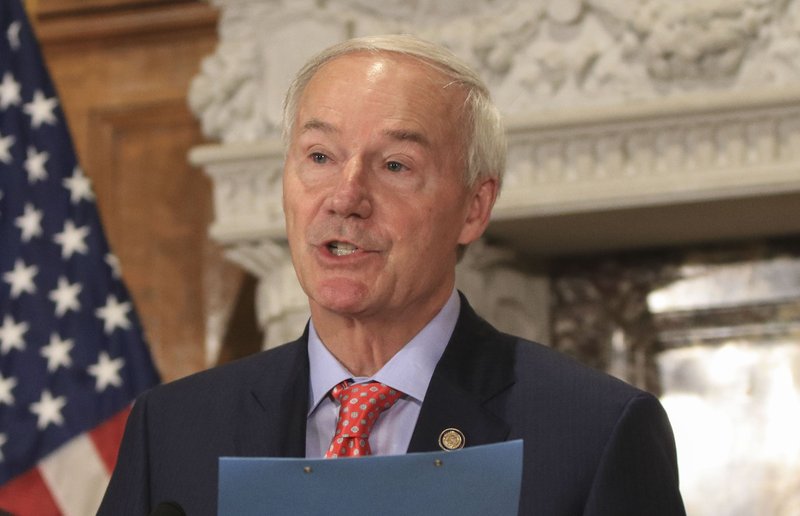 Gov. Asa Hutchinson is shown in this file photo. - Photo by Staton Breidenthal

Arkansas' general-revenue surplus of $295.4 million in the just-ended fiscal year ranks as state government's fifth-largest surplus during the past 30 years, records show.

The governor says some of the extra money needs to go into savings for use in economic downturns. On the other hand, a proposal has been floated that would give one kind of tax break.

The state has a surplus when it collects more in general revenue -- which is made up primarily of individual income and sales and use tax collections -- than the Legislature and the governor authorize state agencies to spend.

The surplus for fiscal 2019, which ended June 30, is about $115 million short of the largest surplus accumulated in the past three decades. The record was $409.3 million in fiscal 2007.

Republican Mike Huckabee was governor for the first half of fiscal 2007; Democrat Mike Beebe took over in January 2007 for the rest of that fiscal year.

Beebe was governor when the fourth-largest surplus in the past three decades occurred -- $299.5 million in fiscal 2013.

Arkansas didn't have any surplus at the end of 12 of the past 30 fiscal years, according to state records. That's partly because of economic downturns that led to cuts in general-revenue forecasts and the budget.

[NEWSLETTER: Sign up for the Arkansas Politics email at arkansasonline.com/emails]

Gov. Asa Hutchinson has now seen surpluses in four of his nearly five years in office.

Hutchinson attributed the most recent surplus to a growing economy and more efficient spending by the state.

"This is after we have lowered taxes consistently and we raised teacher pay in Arkansas," he said last week in remarks to the Rotary Club of Little Rock, which is Club 99.

Hutchinson added that the state also now has about $150 million in the long-term savings fund, which is called the Long-Term Reserve Fund.

"We don't know when there is going to be a downturn and we [want to be] able to continue to support education and to invest in it. We don't want to have to curtail that because we have an economic downturn," Hutchinson said. "Those surpluses are important. It allows us to budget carefully. It allows us to invest appropriately."

But the most recent surplus led former Rep. Eric Harris, R-Springdale, to ask recently on his Facebook page whether voters would support a ballot measure to increase the amount of a used vehicle's sales price that is exempt from the state sales tax. The current level is $4,000; Harris suggested raising that exempt amount to $10,000 or to $15,000.

"I think it's ridiculous," the former lawmaker said.

Harris said he's tossing around the idea of proposing the measure on the used-vehicle sales tax for the 2020 general election ballot.

"There was a lot of bold leadership to cut taxes" in this year's regular legislative session, Harris emphasized. He said he's not critical of the Legislature for failing to approve a bill to increase from $4,000 to $7,500 the exempt amount of the used-vehicle sales tax.

That legislation -- House Bill 1342 by Rep. John Payton, R-Wilburn -- failed to clear the Senate Revenue and Taxation Committee twice. The bill also would have removed the sales-tax exemption on the sale of a new trailer with a price of less than $4,000. Payton said Friday that he plans to start his legislation in the Senate in 2021 and "we have been proven right by the $295 million surplus."

The net reduction in state tax revenue would have been $12.6 million under HB1342, with the increase in the used-vehicle exemption cutting revenue about $14.2 million and taxing the total cost of new trailers raising about $1.6 million a year, the Department of Finance and Administration projected.

Asked what he would tell Harris, Hutchinson said, "My focus continues to be the effort to reduce the state's individual income tax rate.

"Over the next two years, it will be reduced to 5.9% [from 6.9%] and it is my hope that, if the economy remains strong, we can reduce it even further," the Republican governor said Friday in a written statement.

"This year, we are absorbing over $110 million in tax cuts. We should continue to be careful and balance tax cuts with the other priorities and needs of our state from education to public safety," Hutchinson said.

He said he's not had anyone make the case to him that the surplus meant the state should have cut taxes more than it did this year.

"I recognize that there are some who wanted to cut taxes further," he said.

"There will be opportunities to cut taxes in the future, but we have to pay for the much needed increase in teacher pay and other increases in education spending," Hutchinson said.

"We have reduced income taxes by over $167 million a year, and you must manage the budget carefully to absorb these cuts over time. So far, we have balanced our tax cuts, savings and investments to achieve substantial economic growth in the state," he said.

"It is better to go slow instead of doing too much [with tax cuts] and having a budget crisis," said Jean, who is a co-chairman of the Legislature's Joint Budget Committee.

"I applaud the governor for doing it this way. Remember, most of the tax cuts [approved by this year's Legislature] haven't kicked in yet," he said. The Legislature approved phasing in cuts in the state's top individual income tax and corporate income tax rates and increased the homestead property tax credit.

The law requiring out-of-state Internet retailers without a physical presence in the state to collect and remit state sales and use taxes became effective July 1. It is projected to eventually raise about $35 million a year for the state.

In fiscal 2020, the budget is projected to increase by $124.1 million, to $5.7 billion, over the budget for fiscal 2019, with most of the increase targeted for human services and education programs. The general-revenue budget increase of 2.2% is the lowest in the past 10 years, according to Jean.

Six years ago, Beebe drew criticism from some legislative critics who argued the state's $299.5 million surplus in fiscal 2013 meant the general-revenue forecast was too low and that the state could afford more tax cuts in the next fiscal year than the $10 million authorized. (In 2013, the GOP-controlled Legislature and Beebe, a Democrat, also authorized $85 million in tax cuts in fiscal 2015 and $141 million in fiscal 2016.)

In response, Beebe told the Arkansas Democrat-Gazette at that time, "I would say they ought to be conservatives.

"It is not quite time to get the Christmas catalog out," Huckabee said at that time, noting the state still had many obligations, particularly regarding education.

That surplus emerged five months after lawmakers approved about $380 million a year in sales and corporate franchise tax increases to pay for education improvements in response to a 2002 state Supreme Court ruling that declared the public school funding system inadequate, inequitable and unconstitutional.

But after the surplus totaled $402.7 million in fiscal 2006, Huckabee said, "Frankly, it's inexcusable to have that much overage without having to immediately find a way to return a portion of that to the taxpayer."

He encouraged Arkansans to contact lawmakers to urge support for a tax cut or a tax rebate. But legislators reported receiving virtually no calls for such action.

After the state Supreme Court ruled in 2005 that not enough was done for public school facilities, the Democratic-controlled Legislature and Beebe in 2007 approved using $456 million from the surplus, which had reached $1 billion from monies accumulated over a few years, to help school districts construct and improve buildings. The Legislature and Beebe also cut taxes by about $200 million a year.

Out of the $295.4 million surplus for fiscal 2019, $173.5 million was transferred to the General Revenue Allotment Reserve Fund, which had a balance of $69.4 million, to increase that reserve fund to $242.9 million on June 30, said Hardin, the spokesman for the finance department.

That balance has been reduced by the rainy-day set-aside of $54.6 million for various projects and unobligated funding of $46.9 million in the rainy-day fund to leave a balance of $141.4 million that will remain in place until the next session of the General Assembly, he said.

In this year's regular session, the Legislature and the governor enacted legislation to distribute up to $54.6 million in one-time funds through the rainy-day fund for various projects.

In addition, $73.8 million of the surplus was transferred to the Arkansas Department of Transportation Highway Transfer Fund, said Hardin. Money from the fund will be provided to the department as released by Hutchinson, and $50 million is projected for release this fiscal year to match federal highway funds of about $200 million a year, Hardin said.

The remaining $47.9 million of the surplus was transferred to the state's new restricted reserve account, and that funding is unobligated, Hardin said.

The Legislature and the governor this year enacted Act 416 to impose a wholesale sales tax on gasoline and fuel, and to increase registration fees for electric and hybrid vehicles. The law also transfers at least $35 million a year in casino revenue, restricted reserve funds or other state funds to raise about $95 million a year for the Transportation Department and about $13 million a year more apiece for cities and counties. The tax and fee increases go into effect Oct. 1.

"It is too early to know the exact amount of casino tax revenue and whether general revenue will be needed to supplement the highway fund commitment," Hutchinson said. "These are decisions that will remain for future sessions of the General Assembly." 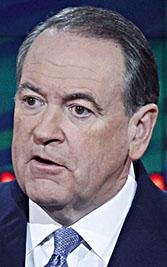 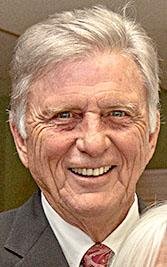 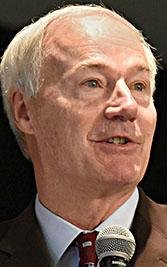 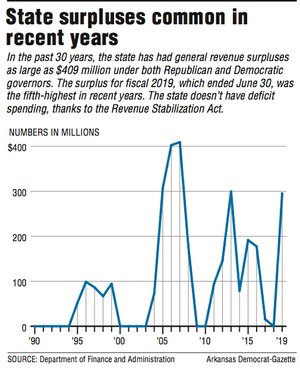