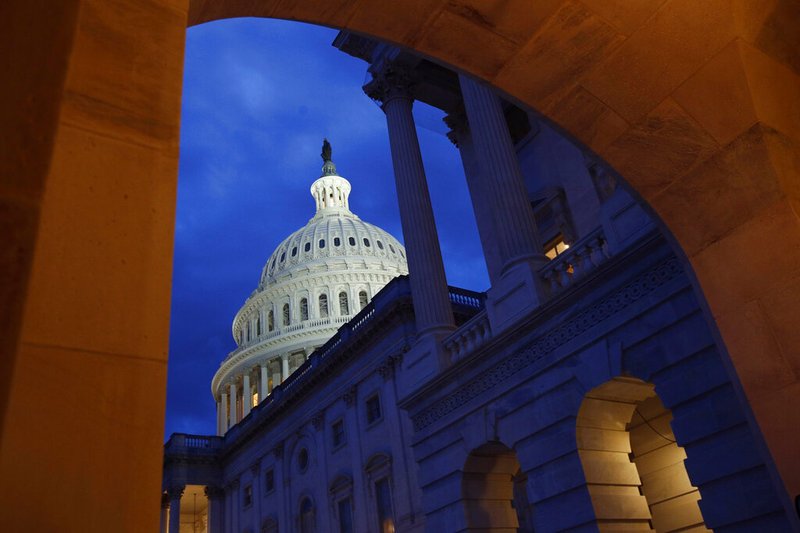 WASHINGTON -- The U.S. budget deficit increased by $140 billion during the first nine months of this budget year to $747.1 billion as government revenues and spending both hit records.

The Treasury Department reported Thursday that the deficit for the current fiscal year through June is up 23.1% over the same period a year ago with receipts rising by 2.7% while spending increased 6.6%.

The Trump administration is forecasting that the deficit for the full budget year, which ends on Sept. 30, will top $1 trillion, up from a deficit of $779 billion last year.

The Congressional Budget Office is not quite so pessimistic for this year, forecasting a deficit of $896 billion this year. But the CBO projects that deficits will top $1 trillion beginning in 2022 and will remain above $1 trillion annually through 2029.

The surge in deficits reflects a variety of factors including a $1.5 trillion tax cut President Donald Trump pushed through Congress in late 2017 and billions of dollars in extra spending Congress approved in early 2018.

The Congress and the Trump administration have been unable to agree on a new budget, raising the prospects of another possible government shutdown when the new budget year starts on Oct. 1. In addition, Congress must pass an increase to the debt ceiling or risk an unprecedented default in the $22 trillion national debt.

The administration is pushing Congress to reach a budget deal and boost the debt limit before it starts its August recess but Democrats remain far apart with the Trump White House on what a deal should look like.

The Treasury's monthly budget report showed that for June the deficit totaled $8.5 billion, down from a deficit of $74.9 billion in June 2018. However, much of that improvement reflected a calendar quirk that resulted in government benefits for June being distributed in May because June 1 fell on a Saturday.

For the October to June period, government receipts have totaled $2.61 trillion while spending totaled $3.36 trillion, both record amounts for the first nine months of a budget year.

The rise in receipts included a 78% jump in customs duties, which total $52 billion so far this budget year. Trump in May announced that he was doubling the punitive tariff he had imposed on $250 billion of Chinese goods from 10% to $25% after talks on a trade agreement to protect U.S. technology broke down.

Trump held out the prospect of raising the tariff on an additional $300 billion of Chinese products but has suspended that possibility for now after the Chinese agreed to go back to the bargaining table.