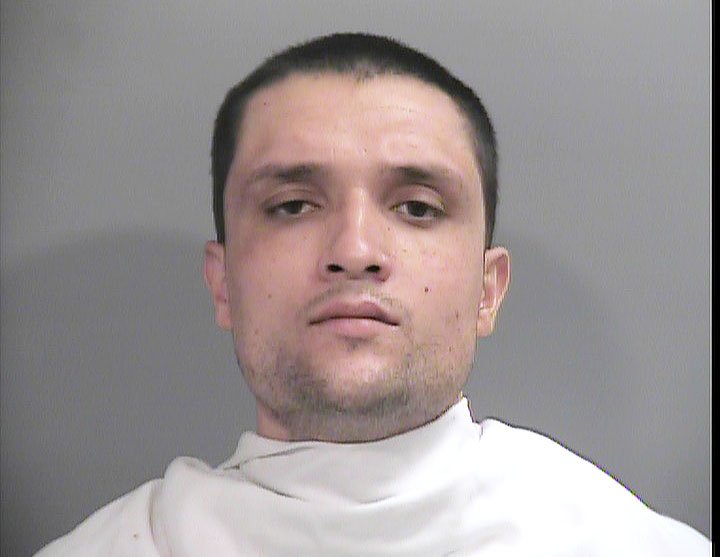 FAYETTEVILLE -- A Springdale man pleaded guilty Wednesday to killing his mother and stepfather three years ago and was sentenced to spend the rest of his life in prison without the possibility of parole.

An assessment of the ability of a defendant to understand and rationally participate in a court process. Competency to stand trial is generally determined via a pretrial evaluation of the defendant’s overall mental status and mental state at the time of the examination.

Price broke into his mother's home at 2306 Sandy St. in Springdale about 2:30 a.m. Aug. 26, 2016, according to Springdale police. Theresa Hendershot called 911 and said her son stabbed her husband. Police found the couple on the floor, unresponsive with stab wounds and blunt force trauma injuries. They found a small knife and an aluminum bat covered in blood.

After stabbing his parents, Price went to a boarding house at 902 Caudle Ave. in Springdale where he stabbed and injured Daniel Teyhen, 52, police said. Price was found a short time later riding a moped in Fayetteville and arrested without incident.

Price later stabbed a jailer with a shank while being held at the Washington County Detention Center.

"It ensures that he's never going to get out of prison, that he'll die in prison. Anytime you have a case resolved in that way for this type of person, I think it's a good outcome," Durrett said. "He was facing the death penalty, and this was certainly a case in which the death penalty would have been appropriate."

Durrett said he would have pursued the death penalty had the case gone to trial and the family had agreed.

"No outcome is going to be good in the sense that it's not going to bring their parents back," Durrett said. "But, the one thing they wanted to be sure of is that he's never getting out of prison and the plea brings finality to it. There's no appeal. This is it. Now, they know what's going to happen."

Washington County Circuit Judge Mark Lindsay accepted Price's plea and sentenced him to two life terms with no possibility of parole on the murder charges, 40 years on the burglary charge and about 18 years on one battery charge. Lindsay sentenced Price to six years each on the second battery charge and the possession of a weapon charge; both of those were related to the jail incident. Price was given credit for 1,048 days of jail time served.

Lindsay asked Price if he had anything to say before his sentencing. Price was replying in a rambling, muddled manner about using a knife because he couldn't acquire a gun when one family member of the victims shouted an obscenity at Price. Most of the family in attendance then filed out of the courtroom as Price's sentencing continued.

Lindsay ordered prosecutors to give Price a copy of a victim impact statement written by a family member.

Lindsay said the legal system is unable to make the victims whole again in this case.

"If you'd stolen their car, I could make you pay them back, but they can't be put back where they were," the judge said. "So, my heart goes out to the victims, and I hope this will at least provide some closure to the victims of this horrible chapter in their lives. I cannot imagine what it's like going through this."

Durrett said Price's statement didn't appear to be an apology for what he had done and added the family member's outburst was unfortunate.

"You never expect an outburst but, given the context, you understand," he said.

Doctors at the State Hospital found Price unfit to proceed to trial last year. Their report concluded Price was suffering from a mental disease, unspecified schizophrenia spectrum and another psychotic disorder. The report said Price was incapable of understanding the proceedings against him and couldn't assist with his defense.

"When he was found not fit to proceed, he went down to the State Hospital to have his competency restored. They were able to restore it and, based on their testing, they found that he was competent at the time (of the murders)," Durrett said. "He spent quite a bit of time down there, and there was plenty of time for the doctors to evaluate him. I had confidence, and the defense had confidence, in the findings of the State Hospital."

Court records show Price has a history of criminal activity, including assault, battery and threatening, dating to 2007. He was committed to the State Hospital more than once, and court records show he was last released in June 2016, two months before killing his parents. Price previously was acquitted of criminal charges at least twice because of a mental disease or defect.

Doctors' latest report on Price, filed last month, said he wasn't suffering from a mental disease. Price was diagnosed with antisocial personality disorder and substance abuse disorders. Doctors said he had the capacity to appreciate the criminality of his actions.

Doctors noted Price was faking mental illness to get an acquittal and was very manipulative.

Price told a social worker he intended to kill even more people.