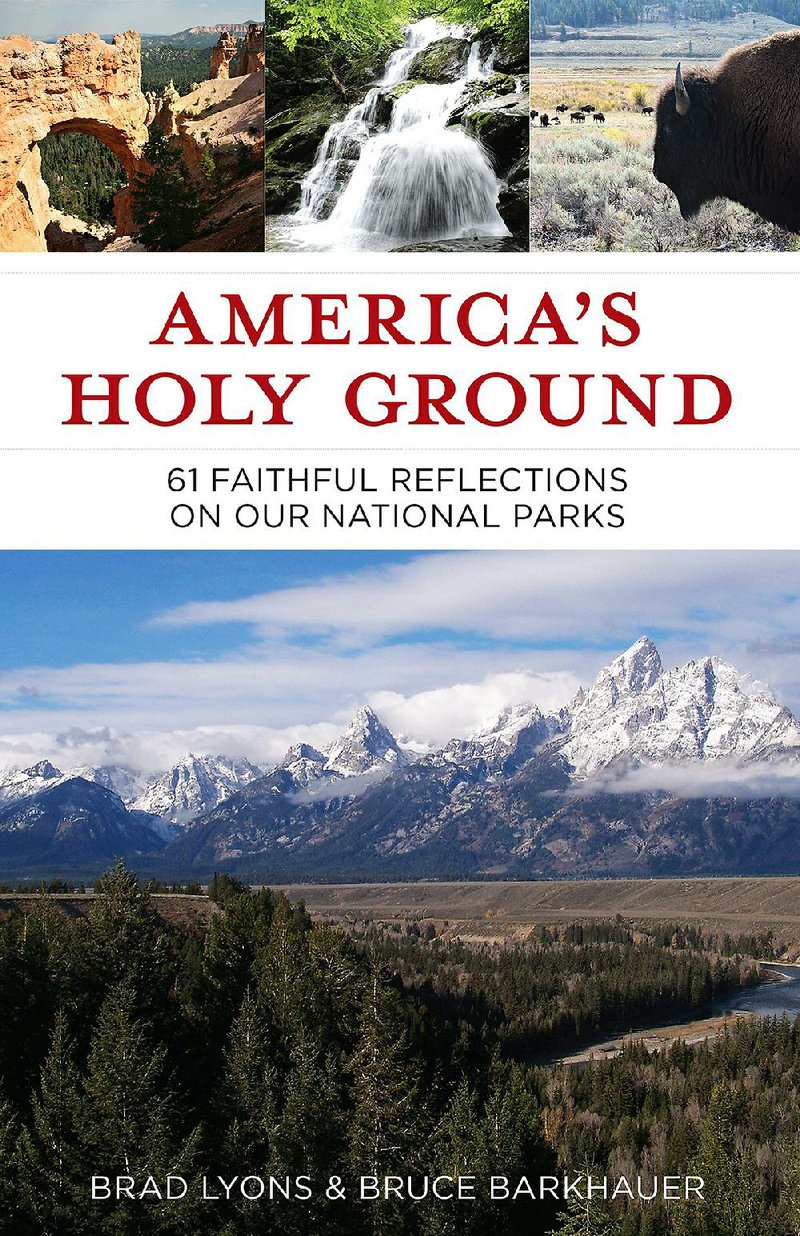 The Rev. Bruce Barkhauer of Jeffersonville, Ind., was standing at the edge of the Grand Canyon in 2007 when had what he called his "holy moment."

"It [was] extremely humbling," Barkhauer said of the experience. "Any picture you've seen of the canyon -- whether that's a painting or photograph or whatever -- it looks great, it looks awesome, but it does not hold a candle to the experience itself of standing there and seeing it in person."

Barkhauer, the minister of faith and giving for the Christian Church (Disciples of Christ), was on sabbatical from the parish he was serving at the time, but he would go on to share the story of that sacred moment with Brad Lyons, president and publisher of Chalice Press, the denomination's publishing branch, on Barkhauer's back porch in 2015.

As devoted nature enthusiasts, the two worked to bring to fruition a book devoted to those moments -- America's Holy Ground: 61 Faithful Reflections on Our National Parks.

Of the more than 400 U.S. memorials, monuments and other historic and protected sites nationwide, known as units, 61 are designated as national parks, according to the National Park Service. Additions to the nation's park system are made through acts of Congress, although the president can proclaim a site as a national monument if it's under federal jurisdiction.

America's Holy Ground, published in April, introduces readers to those 61 national parks individually in a devotional written to encourage, inspire and cultivate thought and reflection -- and each is paired with a theme grounded in Scripture.

Yellowstone -- the nation's first designated national park, and where Barkhauer watched the Perseid meteor shower in the park's "starlit darkness" as the Old Faithful geyser erupted, as if on cue -- is there, along with Carlsbad Caverns, Shenandoah, Yosemite and lesser-known parks such as South Carolina's Congaree National Park, or Katmai National Park and Preserve in Alaska. Most of the book's nearly 180 photos, Lyons said, are public domain photographs and images from the National Park Service's website, nps.gov.

A hectic time for the authors ensued in February after the announcement that Indiana Dunes, a 15-mile strip along Lake Michigan, was officially named the nation's 61st national park. Lyons, Barkhauer and staff worked to update the title, change aspects of the book's interior layout and add the entry for the newest park, which Lyons said he visited for the first time last weekend.

Although the two have not visited every park, Lyons estimated that the men have been to 45 of the 61 parks, and he personally made the trip during the week of Independence Day last year to Hot Springs, during a trip in which he visited national parks in Virginia, California and Washington state.

A previous report from the Arkansas Democrat-Gazette noted that Hot Springs National Park has counted more than 1 million visitors each year for the past 51 years as of 2014, a record the park first reached in 1962, and America's Holy Ground reflects that in a four-page spread of history and observations from his trip.

Lyons' three photos in the Hot Springs reflection include a shot of the city from the park's West Mountain trail -- be careful of skunks and snakes on the trail, he noted -- and from Bathhouse Row.

"It was clear to me very quickly that 'Sabbath' was the right theme for Hot Springs," Lyons said. "It's the national park you go to when you need to unwind and rest. It's history, with the athletes who [went] there to recover and to take care of themselves. And [with] some of the more more colorful characters in American history, it gives it that nice local flavor."

Lyons' and Barkhauer's partnership has continued into a second book, due for release next year, that focuses on national historic sites -- what Barkhauer called "transitional, transformational moments in American consciousness and choice." Their chosen site for Arkansas is Little Rock Central High School, which they plan to visit later this year. Their chosen theme: Courage.

"It's going to be a little less nature and a little more history this time around," Lyons said.

Barkhauer, the "resident theologian" of the two, said the research put into America's Holy Ground was extensive, but that the collaboration with Lyons' facts and ideas brought out strengths in the other.

For Barkhauer, the book was in part a way to channel his specialty in the Disciples of Christ faith, which centers on stewardship education and the hope that everyone has something to gain from its content.

"It's about how we preserve and protect and faithfully utilize those things, so that the world just might exist the way that God imagined it to," Barkhauer said. "May it ever be so that we don't value commerce mining and lumber more than these beautiful places, that we preserve them for our kids, and our grandkids' kids.

"There's something in these places that connects you to the awareness that the world is larger than just yourself and your own experience," Barkhauer added. "[The book] could be beneficial even to a person who just doesn't consider themselves overtly religious, and they may discover something in the process. How awesome would that be?"