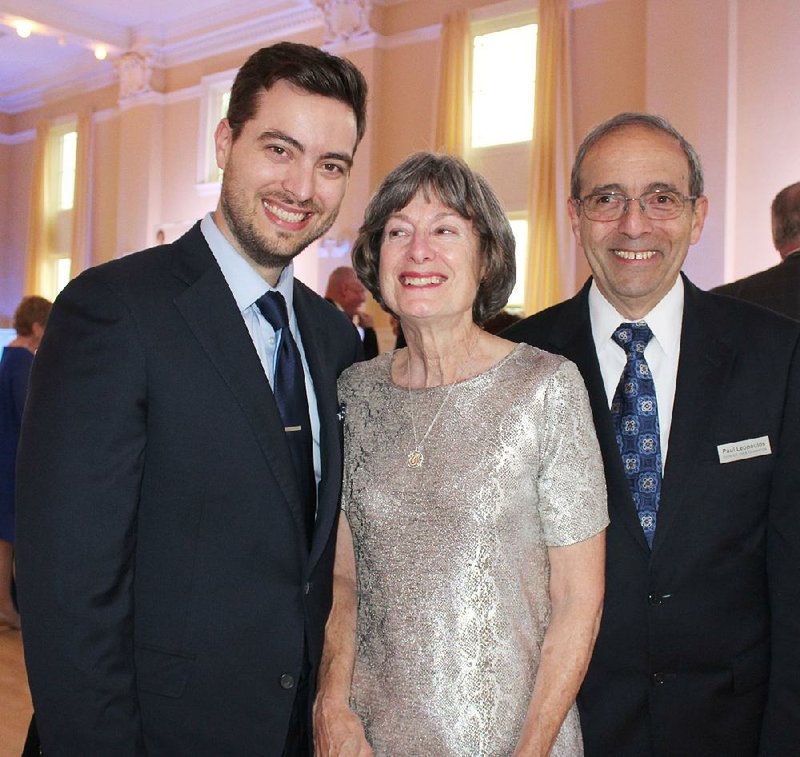 FILE — Nick Leopoulos with his parents Linda and Paul

Nick Leopoulos became executive director of the nonprofit Thea Foundation in North Little Rock as of Monday, succeeding his father, Paul Leopoulos, who is retiring, the foundation announced.

The foundation's board of directors recently approved the change, the foundation announcement said.

Nick Leopoulos, 33, has been the foundation's assistant director since 2011. He previously worked in an administrative capacity at the Arkansas Repertory Theatre while freelancing with several arts organizations. He holds a bachelor's degree in photography and a master's degree in arts administration from the Savannah College of Art and Design in Georgia.

"I am deeply humbled by the opportunity to step into this role and continue the incredible work that Thea has been doing for the past 18 years," Leopoulos said through a foundation news release. "I am also excited about what the future holds for Thea and am honored to work alongside such brilliant and dedicated individuals that make up this dynamic organization."

Paul Leopoulos co-founded the arts-based foundation with his wife, Linda, 18 years ago, and has served as its executive director since then. The Thea Foundation's headquarters is at 401 Main St. in the Argenta Arts District in North Little Rock's downtown.

The foundation is named for Paul and Linda's daughter, Thea, who died in an automobile accident in May 2001 at age 17. Thea, a junior at North Little Rock High School-West Campus at the time of her death, had developed artistic abilities that gave her a joy and confidence that carried over to other aspects of her life, her father has said. Nick is Thea's younger brother.

Paul Leopoulos has said he will only be "semi-retired," staying on with the foundation in a reduced capacity.

"He is still very much, what I consider to be the heartbeat, or the emotional core, of the foundation," Nick Leopoulos said in an interview Monday. "He brings all of that to the table.

"He's been an incredible leader for the organization," he said. "He built it from the floor up and continues to be a leader and be the emotional leader for us. I would be sad if he wasn't part of it, both him and Linda."

Following Thea's own experience with the arts, foundation programs are designed to advocate the importance of the arts in students' development and help students be able to pursue their artistic interests through higher educational opportunities. The Thea Scholarship Program, the foundation's oldest program, has awarded $2.25 million in scholarships to high school seniors from throughout Arkansas, according to its website, theafoundation.org.