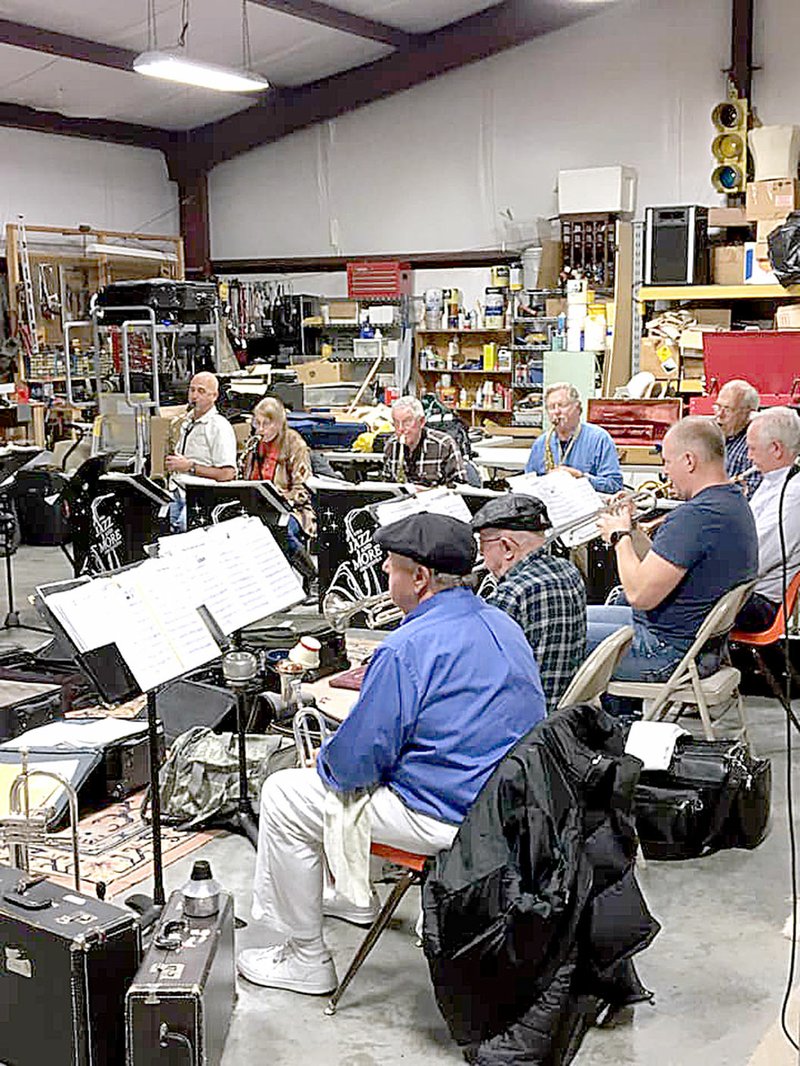 Courtesy Photo Members of the new Northwest Arkansas Jazz and More Orchestra are preparing for the annual Valentine's Day Dance at Riordan Hall in Bella Vista.

The annual Valentine's Day Dance at Riordan Hall in Bella Vista will feature a brand new band this year, but longtime fans will be able to spot some familiar faces. The Northwest Arkansas Jazz and More orchestra was formed when the JM Band and the Bella Vista Big Band merged in October, and now it's ready to perform.

WHERE — Riordan Hall in Bella Vista

When Mitchell moved away in 2008, he asked Thurston to take over the band, which is organized as a nonprofit. He agreed. Mitchell died in 2011, but Thurston chose not to change the band's name. He shortened it to the JM Band instead.

Now it's time, he says, for both the Bella Vista Big Band and the Jack Mitchell Band to dissolve and let a new entity emerge to replace them.

The new band is still a big band, publicity chairman Chris Thurston says, with five saxophones, four trumpets and two trombones, as well as a keyboard, drums, a bass, a guitar and a vocalist. She believes the band, which plays swing, jazz and rock 'n' roll, is the only regularly rehearsing big band in the tri-state area -- and it's also a nonprofit.

The merger was easier because members of both bands knew each other.

"All the musicians in this area travel on the same roads," Chris Thurston says.

It was the Bella Vista Big Band that usually played the Valentine's Day Dance, she adds. Both bands had a following from all over the region, and she expects them at the dance to see the new show.

Print Headline: Big Band Brings Best Of Both Worlds Together