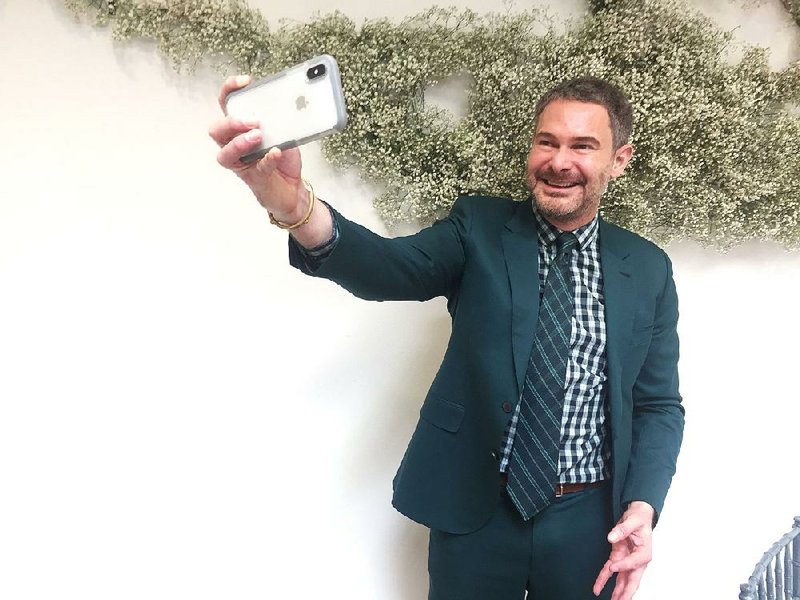 Still, he attempted to steer clear of partisanship during a lecture and luncheon Friday at the Washington Winter Show, the Washington Antiques Show. His talk was titled, "Born to Party, Forced to Work: 21st Century Entertaining."

"I tried really hard to not be political," he said after speaking at the sold-out charity fundraiser.

Growing up in Tuckerman, Ark., "it was a political state," he recalled. "Razorbacks and politics were the state sports."

Things have changed, he said.

"It gets so heavy now, you know. You can't have a sense of humor about politics right now in America, so I just avoided it," he said.

Gracious hospitality is about uniting, not dividing, he said.

"As a host, you're supposed to be bringing people together. That's what you want to do," he said.

Van Wyck, 44, is famous for his ability to create amazing moments -- weddings and galas galore.

He orchestrated Madonna's 57th birthday party in 2015 and was the mastermind of Sean "Diddy" Combs' 40th birthday celebration at Manhattan's Plaza Hotel in 2009.

"We had noise complaints from that party. It was 10 blocks away. In New York City," he told Friday's crowd. "There was a constant dusting of plaster from the subwoofers coming down, descending."

Van Wyck recalled that Combs made an unusual request as guests were about to arrive: "He said, 'You know what would really take this party over the top?' I said, 'What?' He said, 'Snow. ... We need snow.'"

Van Wyck said he tracked down a snow machine, got it rigged it up and had it ready by the time Combs arrived sometime after midnight.

"He was like a kid on Christmas morning," van Wyck recalled.

Few parties were bigger or better than van Wyck's own birthday bash last year on the Greek island of Mykonos.

For the event, he transformed an abandoned iron factory into a Doric temple of sorts. Celebrities dotted the crowd. Duran Duran performed.

The event producer founded his business, Van Wyck & Van Wyck, with his mother, Mary Lynn van Wyck, about two decades ago. His sister, Mimi, is a partner in the company.

All three were on hand for Friday's event.

Their parties are the toast of Manhattan. High-profile clients include media titans (Rupert Murdoch) and Hollywood moguls (George Lucas), fashion mavens (Calvin Klein) and royalty (the queen of Jordan).

Asked why her son is successful, Mary Lynn van Wyck said, "He's very curious. ... He's fun. He wants to have a good time and enjoy life and he sees that in entertaining."

His efforts to steer clear of politics faltered during Friday's question-and-answer session.

An audience member asked him about "the value of entertaining in these divisive times."

"I think the best way to break ice is to break bread," he replied. "I wish that there was more of it going on."

Decades ago, members of Congress would move to Washington, D.C., with their families, he said.

"Their kids went to school together and grew up together. ... You could be friends. It's much harder to call somebody a jerk on CNN or Fox News on Monday when you know you're going to see them after the Wednesday night school play," he said.

Those days are over, he said.

"With the way the campaign finance works, everyone has to go home every weekend and raise money, so they're not friends any more. Their wives and husbands and children don't move to Washington. ... They're here Tuesday, Wednesday and Thursday and then they go home," he said.