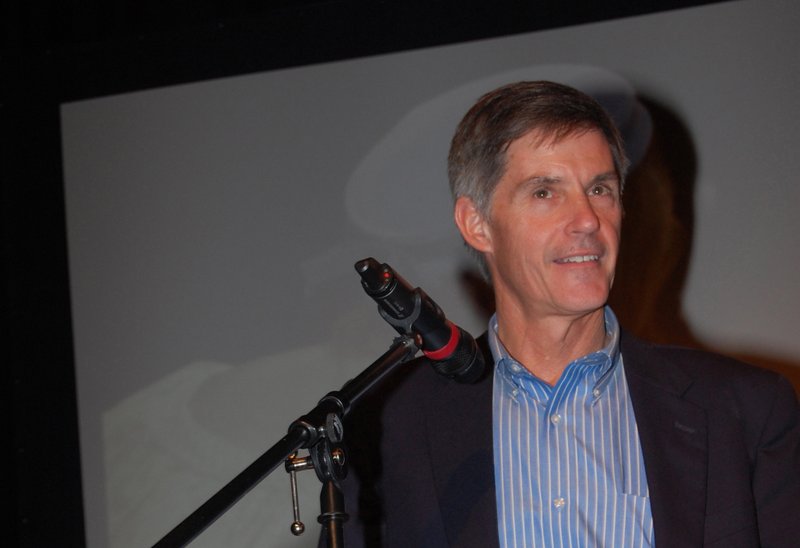 Gilbert Baker is shown in this file photo.

A federal grand jury has indicted former state senator and lobbyist Gilbert Baker on conspiracy, bribery and wire-fraud charges in an alleged scheme involving a nursing-home owner and a now-imprisoned judge.

Baker, 62, of Conway was the only defendant named in the nine-count indictment, handed up Thursday and released Friday.

The charges, which include seven wire-fraud counts, resulted from a criminal investigation that led to former Circuit Judge Michael Maggio pleading guilty to bribery in January 2015. Maggio, 57, later tried unsuccessfully to withdraw the plea and began serving a 10-year prison sentence in July 2017.

Baker will be arraigned, or enter a plea, Jan. 24 before U.S. Magistrate Judge Patricia S. Harris in Little Rock.

Baker's attorneys, Bud Cummins and Richard Watts, issued a statement saying Baker "has consistently maintained, including several times under sworn oath, that at no time did he ask Judge Mike Maggio or Mr. Michael Morton or anybody else to do anything improper or illegal."

"He has also consistently maintained that at no time did anyone ask him to do anything improper or illegal," they added.

Baker was a state senator from 2001 until mid-January 2013. He unsuccessfully sought the Republican nomination for the U.S. Senate in 2010 and is a former chairman of the Arkansas Republican Party. He also is a former top executive at the University of Central Arkansas, where he now teaches music.

The criminal investigation stemmed from Maggio's ruling on July 10, 2013, to cut a Faulkner County jury's $5.2 million judgment against a Greenbrier nursing home to $1 million in the 2008 death of patient Martha Bull of Perryville.

Two days earlier, on July 8, 2013, Fort Smith businessman and nursing-home owner Michael Morton had either written or had someone write 10 $3,000 checks on his behalf to 10 political action committees after Baker faxed him the PACs' names with specified amounts, according to the indictment.

Maggio's campaign ultimately got several thousand dollars but not all of the PAC donations.

The checks, mailed by Federal Express to Baker's home, also included a $100,000 check to the University of Central Arkansas Foundation, two $25,000 checks for a nonprofit trade association that supported an overhaul of lawsuit regulations, and $48,000 in checks for the campaign of another judicial candidate, Individual E, the grand jury found.

Rhonda Wood, then a circuit judge and now an Arkansas Supreme Court justice, confirmed Friday that she is Individual E.

Wood of Conway issued a statement saying she has "cooperated willfully and fully with the [U.S.] Department of Justice for the five years to provide it everything I could in order to assist it to arrive at the truth behind the allegations of corruption in the Maggio campaign and Gilbert Baker's fundraising activities. ... Any attempt now or in the future to insinuate that I have done anything but act in the interest of further justice is false."

Morton was not a defendant in any grand jury indictments released this week. The Baker indictment refers to Morton as Individual A, a stockholder in nursing homes and the owner of the one sued over the patient's death. Morton has previously said he was the Individual A in Maggio's 2015 plea agreement but has denied wrongdoing.

Morton's spokesman, Matt DeCample, on Friday issued a statement saying, "Morton maintains that while he made campaign contributions to numerous candidates for the 2014 election, he never asked for anything in return from any candidate. He never discussed reducing a jury verdict in any case with anybody."

Maggio, 57, has recently been in custody at an undisclosed site, suggesting he may have started talking with prosecutors in the hopes of getting a reduced prison sentence. Assistant U.S. Attorney Chris Givens declined to comment on Maggio's status Friday. Asked if Maggio was cooperating, Maggio's attorney, James Hensley, said he did not know his client's status.

Maggio had been held in federal prison in Kentucky, but the U.S. Bureau of Prisons website now indicates he is not in the bureau's custody.

Friday's indictment also says Baker knew that "straw contributions" to judicial campaigns were prohibited. But, it says, "Baker, assisted by Individual B, hid, concealed, and covered up the true source of these contributions through the use of Political Action Committees."

In December 2013, Baker caused Individual B, a lawyer who created eight of the PACs to which Morton donated, to write three checks to "Maggio for Judge," each for $2,000. One was from that individual; the second, from that person's wife; and the third, from the person's law firm.

Little Rock attorney Chris Stewart, a former legal counsel for the state GOP, created several of the PACs for Baker. In 2016, the Arkansas Democrat-Gazette reported that Baker had helped Stewart get an $8,000 bonus from the nonprofit Arkansans for Lawsuit Reform -- a gift that enabled Stewart and his wife to give $6,000 to the Maggio campaign, according to sworn testimony Stewart gave in a civil case's depositions.

The indictment also says "Baker, assisted by Individuals B, C, and D, hid, concealed, and covered up the true source of these contributions through the use of straw donors and false invoices."

Marvin Parks, who was treasurer of the organization then, said Friday, "I've always tried to cooperate with the questions that have been asked to me, and I will continue to do."

Others who were involved with Arkansans for Lawsuit Reform and who also contributed to Maggio's campaign included Morrilton lobbyist Bruce Hawkins, the Democrat-Gazette has previously reported.

Hawkins, in a previously released civil-case deposition, said Baker asked him to contribute to Maggio's campaign.

Hawkins said Friday that he has "no idea" if he is Individual C. He said he has been "forthright and truthful with the authorities, and that's all I can do."

The indictment quotes from text messages that it says were exchanged between Maggio and Baker but says that when the nursing-home owner's contributions to the PACs became publicly known, Maggio deleted the texts.

Baker told Individual B at one point that funds in eight of the PACs were earmarked for Maggio but later directed that checks be written from the PACs for other candidates as well, the grand jury found.

The indictment refers to one text on July 9, 2013, from Baker to Wood and from her to Baker but does not state the content of those messages. It also says that in November 2013, Baker organized a fundraiser for Wood and says he changed the date on Morton's 24 checks for her campaign from July 8, 2013, to Nov. 22, 2013, the second day a judicial candidate could receive campaign contributions. It says he gave those checks to Wood's designated campaign representative at the fundraiser.

In her statement Friday, Wood also said, "Certainly I understand why some see the Baker indictment as tenuous given the changing narrative of the principal player. However, the facts concerning Baker's conduct in my campaign have been public knowledge for several years and I promptly denounced them when brought to my attention."

In 2016, Wood said it appeared Baker had "decided to hang on to" the checks instead of returning them since they were given to him too early. "Had I known, I would have told him to return any checks received," she said at the time.

Thomas Buchanan, the attorney for Bull's family, said her family was pleased to learn of the indictment. "The Bull family appreciates the efforts of the U.S. Attorneys and FBI agents who have diligently and patiently worked on the case to preserve the integrity of our justice system," he said. 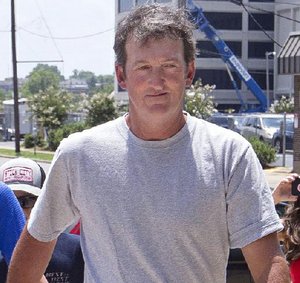 Photo by Democrat-Gazette file photo
Michael Maggio is shown in this file photo. 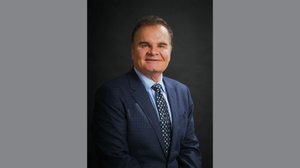 Photo by Special to the Democrat-Gazette
Michael Morton is shown in this file photo.