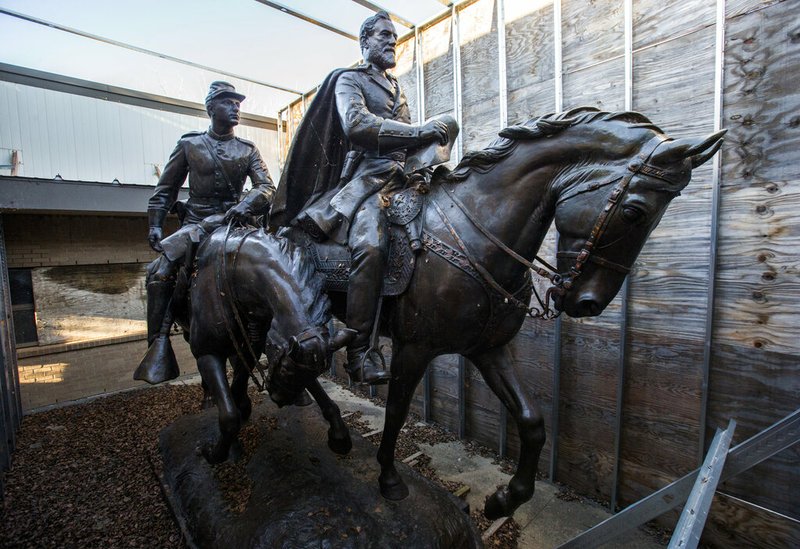 Few people have seen what became of Alexander Phimister Proctor's statue of Robert E. Lee, right, and a young soldier since its removal from the park formerly known as Lee Park, where it stood for over 80 years until it's removal in Sept. 2017. Shortly before Christmas, on Dec. 20, 2018, The Dallas Morning News got a behind-the-scenes look the secure storage area where the statue of the Confederate general is being kept at Hensley Field, the former Naval Air Station on the west side of Mountain Creek Lake in Dallas. The statue is being kept there until its future is decided. (Ashley Landis/The Dallas Morning News via AP)

DALLAS -- Dallas officials haven't decided what to do with a statue of Robert E. Lee more than a year after the city removed it from a park formerly named after the Confederate general.

The Dallas Morning News reports the Lee statue remains in storage until officials come up with a resolution. But Dallas officials say they're first figuring out what to do with the Confederate War Memorial located near City Hall.

The Confederate general's statue was removed from Lee Park in September 2017.

A task force that fall recommended preserving the statue at a museum or educational site, but few institutions have expressed interest.