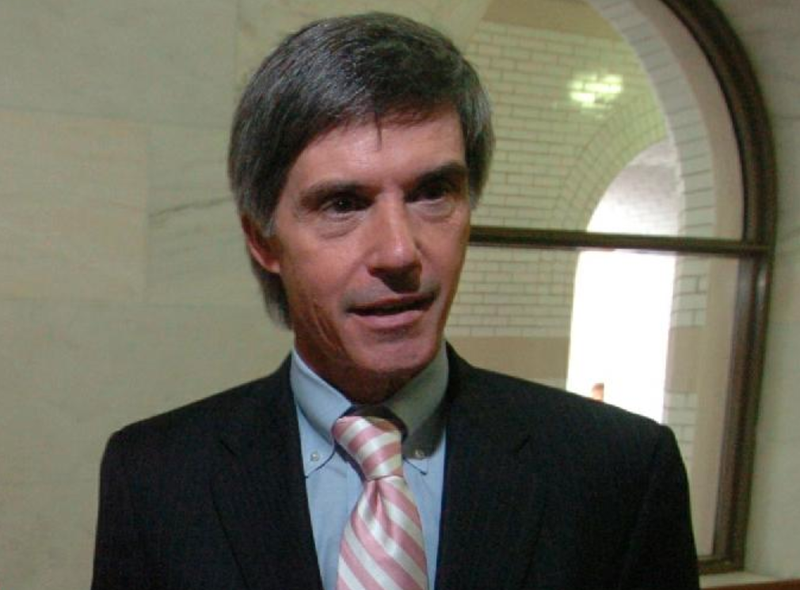 Gilbert Baker is shown in this file photo.

Former state Sen. Gilbert Baker has been indicted on federal charges of conspiracy, bribery and wire fraud in an investigation that already has sent a former judge to prison.

Baker, 62, of Conway is a former chairman of the Arkansas Republican Party and a former top executive at the University of Central Arkansas.

The indictment, handed down in Little Rock on Thursday and released Friday, accuses Baker of one count each of conspiracy and bribery and seven counts of “honest services wire fraud.”

Former Circuit Judge Michael Maggio is serving a 10-year prison sentence for bribery in the same case. He has recently been in custody at an undisclosed site, suggesting he may have started talking with federal prosecutors in the hopes of getting a reduced prison sentence. Assistant U.S. Attorney Chris Givens declined comment on Maggio’s status Friday.

No indictment against a third man who has been under investigation, nursing home owner Michael Morton, has been released. The Baker indictment refers to Morton as Individual A.

The federal investigation of Baker resulted from campaign contributions that Morton made to several political action committees that in turn donated money to Maggio’s final judicial campaign. Baker was a fundraiser for that campaign.

Shortly after Morton sent the money to Baker for the PACs, Maggio reduced a Faulkner County jury’s $5.2 million judgment in a negligence lawsuit against Morton’s Greenbrier nursing home to $1 million. That lawsuit was filed by the family of nursing-home patient Martha Bull. She died in 2008 at the Greenbrier Nursing and Rehabilitation Center.

In January 2015, Maggio pleaded guilty to a federal bribery charge but later tried unsuccessfully to withdraw the plea.

Both Morton and Baker have denied wrongdoing.

Baker’s attorneys, Bud Cummins and Richard Watts, issued a statement Friday on their client’s behalf saying he never asked Maggio, Morton "or anybody else to do anything improper or illegal.”

A spokesman for Morton said that while Morton made campaign contributions, he "never asked for anything in return from any candidate.

Check back for updates and read Saturday's Northwest Arkansas Democrat-Gazette for full details.