Family obligations call Burroughs away from NWA by Becca Martin-Brown | January 4, 2019 at 1:00 a.m. 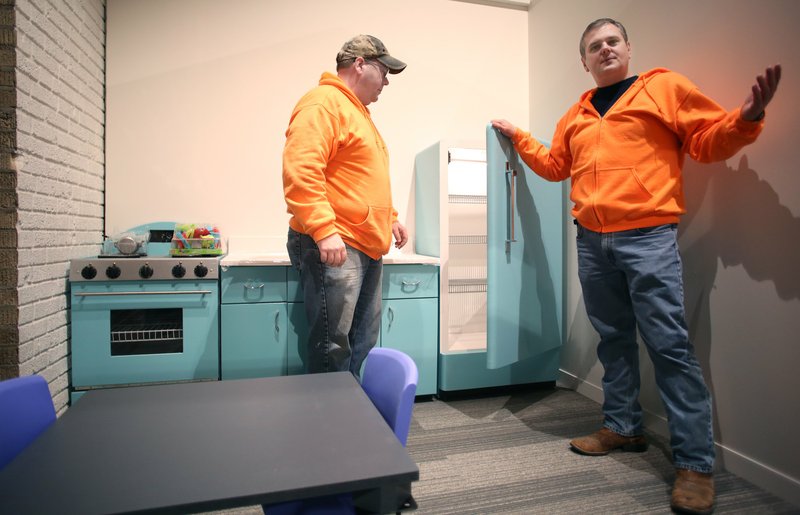 ROGERS -- John Burroughs was the smiling face of the Rogers Historical Museum throughout the renovation of the Hailey Ford Building at its new home.

What celebrants didn't know at the Dec. 13 ribbon cutting was Burroughs had already turned in his resignation as museum director.

He gave his notice to Mayor Greg Hines and museum Commissioner Jerry Hiett on Oct. 16, Burroughs said. His last day with the city was Dec. 15.

"I discussed it with a small group of senior staff members, volunteers and supporters shortly after that. Mayor Hines has been very sympathetic to my reasons for leaving. It was agreed to keep my decision fairly quiet at the time, so as not to upset the final stretch of work leading to the ribbon cutting and in the hopes that circumstances might change."

Burroughs said he's "leaving to have more personal time to pay attention to family health needs and correct a few problems with the operation of our farm in southern Illinois. My long-term goals were to see the new museum continue to grow and spend my career here, but plans change. I sincerely hoped that I might be able to avoid making this decision."

Hines said he did his best to convince Burroughs he could juggle his professional and personal responsibilities but finally had to accept what he always tells his city staff: "Family first."

"He has some legitimate family responsibilities and obligations that he feels outweigh his career path, at this point," Hines said. "And while I don't like it, I have to respect it."

Hiett praised Burroughs' vision when the plan to build a new museum structure changed in midstream to renovating the building at 313 S. Second St., most recently home to the Rogers Morning News.

"The thing that stood out the most about John is his ability to look at an item that many persons would not even give a second look, but he would see its potential," Hiett said. "He immediately put a plan in motion to see if we could save a building from becoming an empty eyesore and bring it back to its original glory as an Art Deco classic."

Hines called Burroughs the right guy at the right time.

"And we will for years look back and be grateful for all the thought and effort and care he put into every little detail," the mayor said.

Burroughs joined the museum as assistant director on Dec. 4, 2007, and became director on Oct. 26, 2013, upon the retirement of longtime Director Gaye Bland.

"I am very proud of being a part of and leading the completion of the expansion," Burroughs said. "Gaye Bland and I developed the notion to 'imagine' a new museum when we first started the capital campaign years ago. I think we've accomplished that -- the new museum is completely reimagined and reinvented."

Burroughs said he has been approached by two museums in the past six months and plans to accept another job as a director once his family issues have been resolved. Hiett said he'd be happy to recommend Burroughs.

"I would say if you want someone who can bring a project in ahead of schedule and under budget, John is the man for you. That is what he did for us."