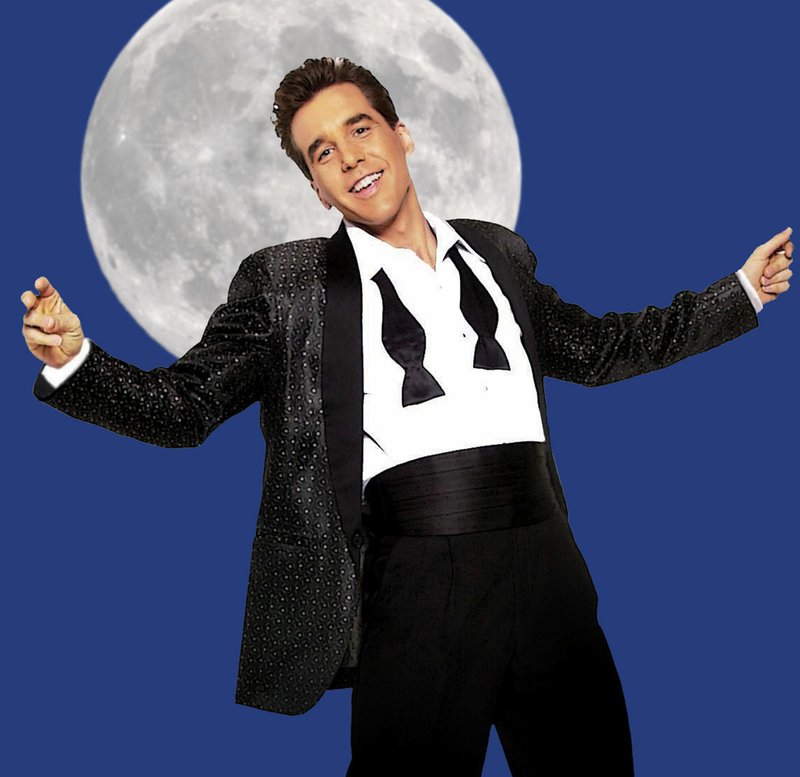 Courtesy Photo Part of the 10x10 Arts Series, singer Michael Andrew will be joined by the Fayetteville Jazz Collective as he performs "Sinatra and the Great American Songbook" Saturday at the Walton Arts Center.

Called "one of the great singers of all time" by Merv Griffin, performer Michael Andrew offers Northwest Arkansas audiences a classic night out with his "Sinatra and the Great American Songbook" Saturday at the Walton Arts Center in Fayetteville. Drawn to the iconic composers and singers of the era from an early age, Andrew has performed as a headliner and bandleader at Merv Griffin's Coconut Club in Beverly Hills and the Rainbow Room atop Rockefeller Center in New York City. The singer took a few minutes to answer these questions for 'SUP ahead of his visit.

Q. From a performer's perspective, what is it about this music that makes it timeless?

Sinatra and the American Songbook

A. Well, I think that is very different from performer to performer. For me, it is the ultimate and has an innate ability to make me feel -- well, like singing it. It's just as simple as that... But I do think there are elements of musicality present in these songs that are not as prevalent in other genres. The lyricists were meticulous about true rhymes, and the song writers were fans of rich, moving harmony and pleasing melodic lines. I feel that at the time in history when most of these songs were written, songwriting in America had evolved to a very high art form incorporating our American invention of jazz in popular music. It was the peak of the art form that we had created in a time when no one was rebelling against that. So fans of the music were celebrating along with the composers and musicians who had invented (or discovered) this genre.

Q. Has your relationship with any of these songs evolved over your career as a performer?

A. I stopped listening to Sinatra and Bobby Darin for a while when I was starting to sing professionally because I feared that I was starting to imitate them and my performance was not sounding authentic or honest. I would listen to Ella Fitzgerald and other female singers who I couldn't possibly imitate their timbre. I also listened to a lot of great jazz instrumentalists at that time. I was really fortunate to have some steady residencies (like The Rainbow Room in the mid '90s) where I was singing every night, and that helped me to find my own voice by being able to constantly perform. I think it's the biggest asset of a performer. Having consistent performances in front of audiences early on allows you to develop a style that is authentic.

Q. Do you have a favorite number?

A. There's so many of these songs that are my favorites. I really love a tune that Johnny Mercer and Harold Arlen wrote called "One For My Baby." So that is one of the highlights for me. Sinatra loved to sing torch songs -- songs of unrequited love -- and I think he felt that "One For My Baby" was the best torch song ever written. I feel that way. When I was a kid, I watched the film, "Young at Heart" and Sinatra played a down on his luck piano player/singer. He sang "One For My Baby" in a nightclub where no one was paying attention at all. In the middle of the tune he glances over and his new wife, (played by Doris Day) is sitting alone, adoring him. I thought that was the most romantic and cool thing I'd ever seen. I guess I still feel that way.