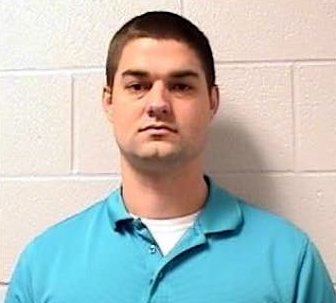 Derek L. Smittle, 30, of Centerton is charged with sexual assault and faces from six to 30 years in prison if convicted of the charge.

He was arraigned before Benton County Circuit Judge Robin Green.

Smittle was a volunteer at First Baptist Centerton, according to court documents. Bentonville police began the investigation Jan. 9 after they received a report from the Arkansas State Police's child abuse hot line, according to a probable cause affidavit.

A clergy member at the church told J.C. Wiseman, a Bentonville police detective, Smittle confessed to him to having a sexual affair with one of his students, according to the affidavit.

The girl told police she and Smittle had been having a secret relationship for 15 months, but they didn't have sex until Oct. 11, according to the affidavit.

Smittle told to police he had a sexual relationship with the girl and said he talked with her about how he could get into trouble because he was her youth minister. Smittle said he never thought he had a "position of authority" over the girl because he was a volunteer, according to the affidavit.

Drew Miller, Smittle's attorney, declined to comment on the case after Smittle's arraignment.

Smittle's next court appearance is scheduled for April 1.