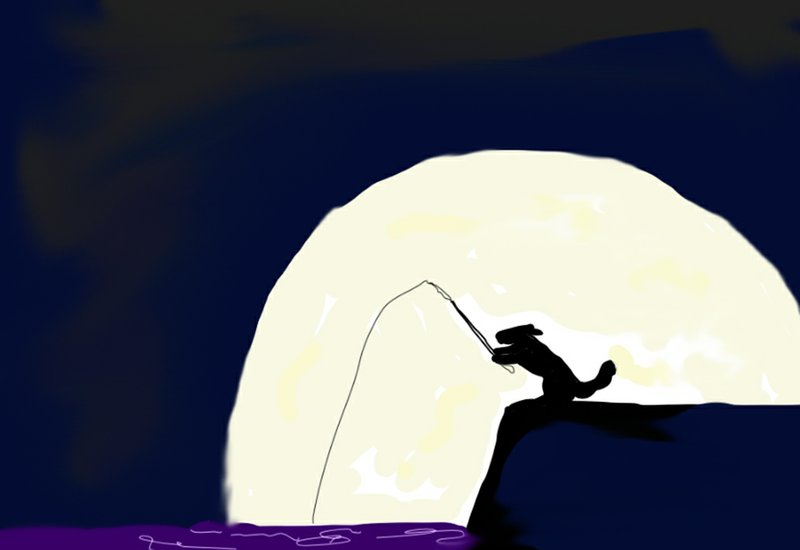 Wolves are thought of as red-meat eaters, but a team of biologists in northern Minnesota, near Voyageurs National Park, has documented a pack that often enjoys a meal of fish.

It is a rare glimpse of wolves catching and eating freshwater fish, although they have been observed eating spawning salmon along the coast of British Columbia and Alaska. The discovery was recently published in the journal Mammalian Biology.

Wolves in Yellowstone have been known to chow down on trout, but it is unclear whether they actually caught the fish or if the catch was already dead.

"It is exceedingly rare, but they do it," said Douglas Smith, the park's wolf biologist.

Wolves were collared by the Voyageurs Wolf Project for research into pack territory and prey, primarily beaver but also deer fawns and moose calves. If wolves spent more than 20 minutes without moving, researchers went to the site to see if they were eating and if so, what it was.

Tom Gable, a doctoral student working on the project, noticed from GPS data that wolves from a pack named Bowman's Bay were spending a lot of time near a stream. He made a trek into the forest to see why.

When he arrived, he found a wolf on the bank of the stream.

"When I saw it, just [26 feet] away, it was running full-steam into the middle of the creek, and then it ran back out," he said. Gable saw the wolf crunching fish parts, and later found wolf tracks intermingled with fish remnants along the creek.

Researchers set up remote cameras on that section of creek and discovered the techniques a wolf uses to capture aquatic prey.

"The wolves are standing next to the creek in the dark, just listening or looking," Gable said. "You can see the wolves abruptly head to the water several times after hearing a splash — they learned what a fish splashing in the creek sounds like and they know that it means food. Incredible."

The researchers have compiled GPS data from seven packs in the area, but this is the only one that appears to fish.