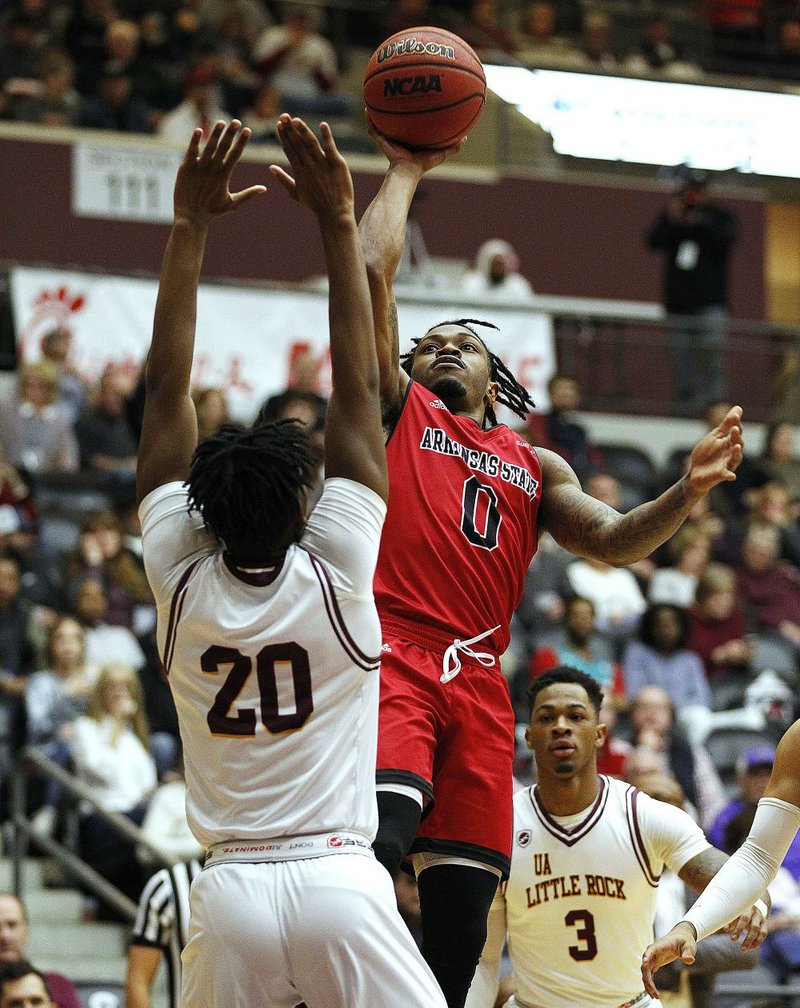 Joe Foley wishes the stress would go away.

The University of Arkansas at Little Rock's women's basketball team has won nine consecutive games. The Trojans' past three wins were decided by four points Feb. 7 against Troy, three points Feb. 9 versus South Alabama and included a 62-61 victory Thursday at the University of Texas at Arlington.

Close games are becoming a part of the Trojans' February.

Texas-Arlington, which was the Sun Belt Conference's second-place club entering Thursday's game, held a lead for 20:58 minutes in its game with UALR.

Trojans senior forward Ronjanae DeGray clinched Thursday's victory with an offensive rebound as 12 seconds remained. Trailing 61-60, DeGray was fouled and made both free throws to complete a one-point win for UALR, which held Texas-Arlington to nine points in the fourth quarter.

Knowing the Mavericks trailed UALR in the standings by a hair and were the league's only other team with 10 wins, Thursday's road win held more importance than a road win against a lesser opponent.

"Everybody knew this was kind of the one on the road," Foley said.

UALR will travel to San Marcos, Texas, for a 2 p.m. tipoff today at Texas State University.

"They beat the heck of us the last two times we've been down there," Foley said.

A 6-0, 185-pounder from Gainesville, Ga., who spent his freshman and sophomore seasons at Georgia Highlands College, Cockfield became Arkansas State's 28th player to reach 1,000 points, and the fifth player to do so in two seasons.

"Ty Cockfield's performance was one of the best I've ever seen against a very good defensive team," ASU Coach Mike Balado told reporters after Thursday's game. "It was a special night for him, but we couldn't come out with the win and now we have to move on, get back to practice and get ready for UTA."

UALR's men defeated Texas-Arlington 56-52 on Thursday at the Jack Stephens Center. With the loss, Texas-Arlington fell into a tie for second place at 8-4 while Texas State maintained the No. 1 position at 9-3.

The University of Arkansas at Pine Bluff's men's and women's basketball teams will return to H.O. Clemmons Arena after a four-game road trip on the opposite ends of streaks.

The men (9-15, 6-5 Southwestern Athletic Conference) ended a three-game losing streak on Feb. 9 at Alabama State and have won two consecutive games prior to today's 7:30 p.m. tipoff against Southern University in Pine Bluff.

The University of Central Arkansas' men's and women's basketball teams are off today.

The men (10-15, 5-7 Southland Conference) have lost five consecutive games, including three at home (the last a 75-71 loss Wednesday against Houston Baptist at the Farris Center).

UCA will return to action Wednesday against McNeese State. The women will be at home (7 p.m.) and the men on the road (6:30 p.m.) in Lake Charles, La.