He's "faster than a speeding bullet, more powerful than a locomotive, able to leap tall buildings in a single bound." She is "as lovely as Aphrodite, as wise as Athena -- with the speed of Mercury and the strength of Hercules." And they've both landed in Bentonville for an event that is the first of its kind. "Men of Steel, Women of Wonder" opened at Crystal Bridges Museum of American Art this weekend and is the first major exhibition to examine art world responses to two of the most famous and beloved superheroes ever: Superman and Wonder Woman.

"These characters are iconic and fun, and I hope that is a good thing to get folks in the door," shares Alejo Benedetti, Crystal Bridges assistant curator and the exhibition's creator. "Once folks are in there, as with all of our shows, we want [guests] to come to the shows and really think. So one of the exciting things about this exhibition is you get to tackle some very heavy and relevant issues, but it's done through the lens of these two characters."

‘Men of Steel, Women of Wonder’

WHERE — Crystal Bridges Museum of American Art in Bentonville

Today — Carlson is the artist featured in the museum store from 10 a.m. to 6 p.m. for the artisan demonstration and sale.

Works directly inspired by the crusaders for truth and justice abound in the exhibition, in addition to paintings, photographs, installations and videos that -- as Benedetti points out -- use the lens of the heroes to examine contemporary issues of identity, representation, social roles, morality and more.

"One of the subsections [of the exhibition] is called 'Comic Whitewash,'" Benedetti demonstrates. "This reality of representation is something that a lot of artists are contending with, and this desire to explore a lack of representation within the comic world, but then also how these characters can be allies for people of color or other marginalized groups."

Exhibition artist Robert Pruitt said in a previous interview with What's Up!: "The mythology of most comic narratives [is] full of ideas of otherness. In this way, they mirror the experiences of many cultures that struggle to fit into the prevailing narratives of much of our art, media and social landscape."

That voice for the marginalized -- a metaphor for their experience -- is illustrated through the work of artists like Renée Cox (on the cover) who has created a new superhero in her Rajé series with the same powers and vulnerabilities as Wonder Woman, but who leans into her African heritage. This concept is also present in transgender artist Sarah Hill's performance piece, "They Wonder," as Hill dons a Wonder Woman costume and spins in a circle until the dancer collapses.

"You think about the Lynda Carter Wonder Woman -- the way she would transform from everyday Diana Prince to Wonder Woman was simply by spinning around," Benedetti says. "And Sarah Hill was thinking about that as they created this work, because it's very much about this constant performance and the fact that it's not so easy to simply transform into something else or someone else."

A few key pieces in the 70-plus piece exhibition will floor viewers when they see them, Benedetti anticipates. One tugs at the heart strings while offering a larger-than-life and emotional look at an intimate relationship, and the other will excite true comic book fans -- and likely a fair number of non-comic readers as well.

"There's a work by Jason Bard Yarmosky, [and] until you see it in person, there's no way to fully appreciate it," Benedetti confesses. "It's a painting of his grandmother ... where [she is] wearing a Wonder Woman outfit. We often see Wonder Woman typically very youthful and traditionally beautiful [and he is] pushing against these expectations that that's always what a hero needs to look like.

"The other part that is really beautiful and part of the strength of his work is that, because she was living with Alzheimer's, he talked about how she would wake up every day and she was brave every day," Benedetti continues. "She would face down this disease fearlessly ... and he equates that same level of [Wonder Woman's] bravery with his grandmother."

On the lighter side of the exhibition's content, only two actual comic books are part of the show, but they are impressive titles, to be sure. The first two cover appearances of Superman and Wonder Woman -- 1938's "Action Comics No. 1" and 1942's "Sensation Comics No. 1," respectively -- are, for the comic world, like the Holy Grail of collecting, Benedetti reveals.

Not an actual comic, but Crystal Bridges does slide its own graphic novel-style pieces into the exhibition with the inclusion of "Superpower Profiles" on interactive iPads near seven key works. Specially created character "The Curator" -- based on Benedetti himself -- engages guests as he guides them through various superpowers related to the works.

"The themes of the show are a little bit heavier than a lot of superhero-based work would be, [and] there was also a certain amount in my mind of trying to keep the visual information accessible to someone that might not read comics," shares local artist Gustav Carlson, who created the animations for the iPads.

Carlson was tapped for the project partially because of his own background in comics. The artist started with his Ozark folklore-based stories "Backwood Folk" and "Eve of the Ozarks" and now focuses on his sci-fi work "Tourist Unknown." His educational, supplemental comic for the exhibition will elevate his work and his love of the genre to this national platform -- just as the exhibition does for the genre as a whole.

In musing on the significance of presenting the themes and characters from comics the same way Crystal Bridges would any work of art, Carlson hopes the exhibition "shows the malleability of these concepts and a lot of these characters, and furthers the [understanding] that these are powerful mythic imageries on their own, and how we can change the context on them, can change the messages of these characters just by degrees into powerful statements in and of their own right." 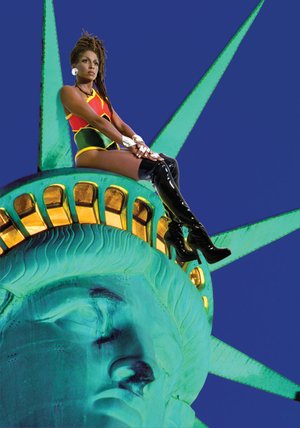 Photo courtesy Rene Cox On the Cover: Crystal Bridges Museum explores artistic reactions to two of the biggest superheros ever in its new temporary exhibition, "Men of Steel, Women of Wonder." 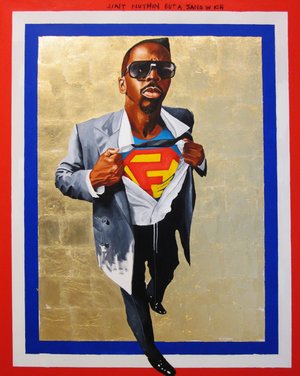 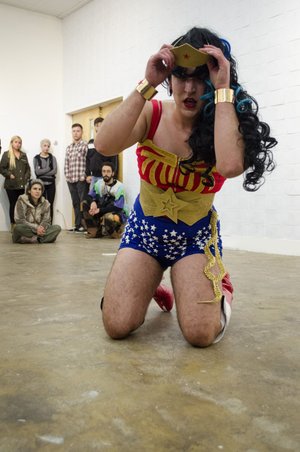 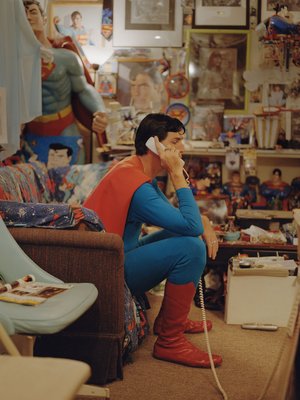 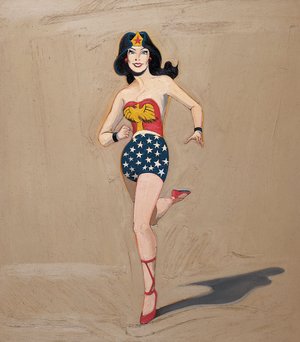 Print Headline: The Power Within