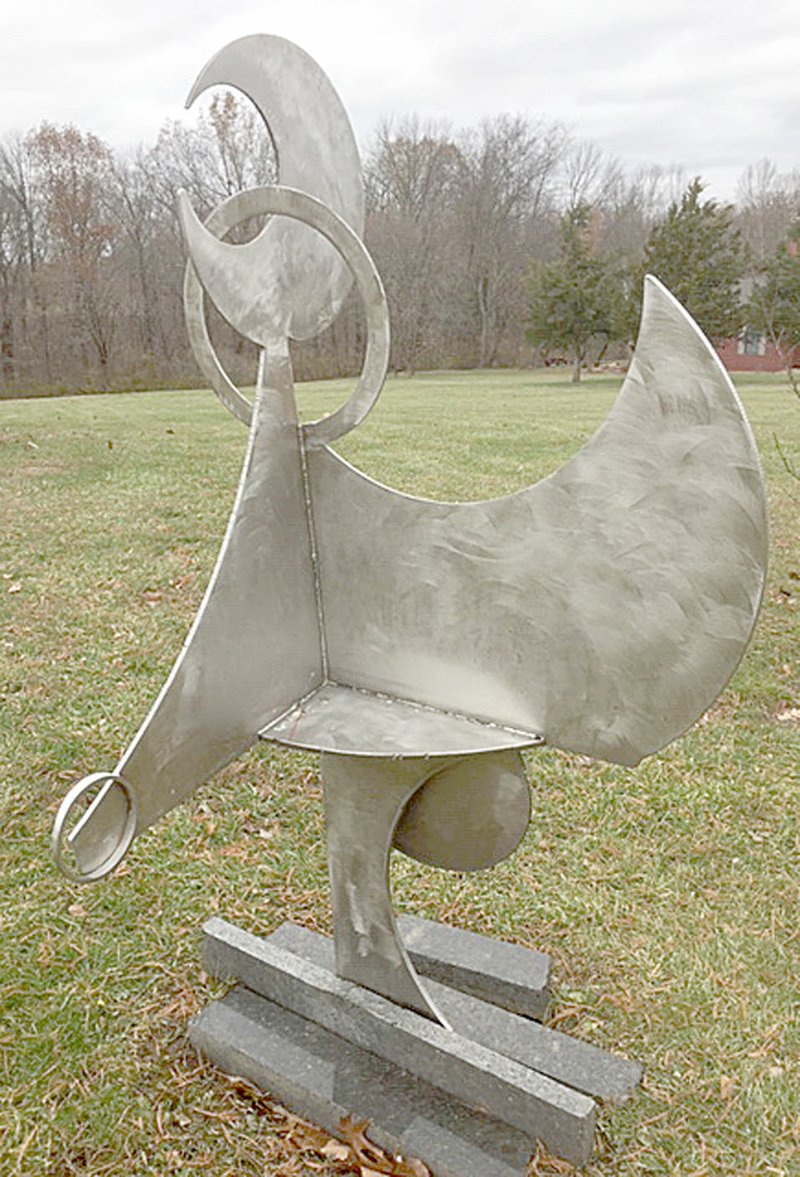 Marilyn Monroe is coming to Bella Vista. A 7-foot-tall steel sculpture, named for the actress, has been offered to the city.

The ring on the left-hand side of the sculpture is a nod to Monroe's four marriages, he explains, while the interlocking moon and sun crowning it represent the late actress' habit of reading her horoscope before getting out of bed.

The upturned curve on the right-hand side is a nod to her hairstyle, Pogue says.

The piece is burnished, he explains, with a 36-grit buffer that leaves marks in all different directions.

"That's kind of a signature of my work, the way I finish my piece," Pogue says. "It's a serious piece ... I'm anxious to see it on location."

In the 1960s, Pogue studied at what is now Pittsburg State University in Pittsburg, Kan., after a couple years in the U.S. Navy. He graduated with his master's degree in 1968, he explains. Although he initially went to study architecture, he ended up studying sculpture and went on to teach for 28 years at East Central College in Union, Mo.

At this point in his life, Pogue says he wants his art to be visible.

"It's the autumn of my life," he says. "Art has been so good to me that I want to share it with as many as I can. I appreciate the opportunity to have one of my pieces in Arkansas."

For placement, Pogue says he may come down and scout out a location or he may rely on photos from Bella Vista Arts Council member Terry Wilson.

The location is a challenge, Wilson admits. Initially, he considered Blowing Springs but thought it should be on city property. City Hall seems like a good candidate, he says.

While the piece may be in town soon, Wilson explains the conversation started in July when he spoke to Jim Tandy, a friend of Pogue's.

"It took us this long to make it happen," he says.