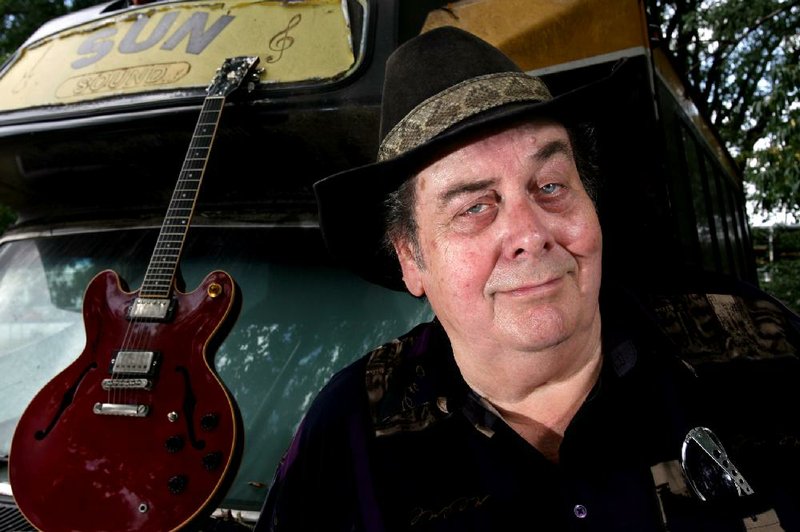 Sleepy LaBeef, who rose to prominence as a rockabilly artist worldwide and shared bills with the likes of Elvis Presley, Buddy Holly and Jerry Lee Lewis, died Thursday at his home in Siloam Springs. He died of natural causes at age 84, according to family.

LaBeef's musical influence has been acknowledged by the likes of the Beatles, Bruce Springsteen and Brian Setzer.

"He lived a full and vibrant life, filled with the excitement of much travel and experience, the contentment that came from being able to spend his life doing what he loved best, and the fulfilling love of his wife, children, and grandchildren around him," according to a post by his wife, Linda, on Facebook.

LaBeef was born Thomas Paulsley LaBeff on July 20, 1935, in Smackover in Union County, according to his family. His father, Charles Almer LaBeff, was a farmer. His mother, Jessie Frances Coke, was a homemaker. LaBeef was the youngest of 10 children.

He picked up the nickname "Sleepy" in first grade because his heavy-lidded eyes made him look only half awake, according to The Encyclopedia of Arkansas.

He used the moniker throughout his music career and changed the spelling of his last name from LaBeff to LaBeef.

He left the state when he was 18 but moved back in later years.

The artist was known for his expansive mental catalog of songs -- one rumor alleged he knew 6,000, though LaBeef said in a 2005 interview with the Arkansas Democrat-Gazette he'd never counted -- and his long stage performances that roved musical genres from rock to country to gospel.

"Sometimes his shows would consist of him performing for 3 or 4 hours straight, no breaks, with short-and-long term band members holding on for dear life, often not knowing the songs," rockabilly musician Deke Dickerson wrote in a Facebook post, "as Sleepy plowed through them like a mule plowing through hard and rocky Arkansas farmland."

Another rockabilly musician, drummer Bobby Crafford of Burgess' band, the Legendary Pacers, said in a phone interview Friday that LaBeef played in the same venues with the band in both the United States and Europe.

"Sleepy was a lot like our band is," Crafford said. "We're known in Arkansas pretty good, but we're known, and he was too, more so in Europe."

Crafford said he even played with LaBeef, who acquired the nickname "The Human Jukebox" during his career, once in about 2015.

LaBeef's recording career began in 1957 with "I'm Through" and was followed by songs that included "Rip It Up," "Blues Stay Away From Me," "Tore Up," "I'm Too Broke (To Pay Attention)," and many others.

LaBeef made the charts with songs "Every Day," and "Blackland Farmer." He noted in the 2005 interview that he had made a career of performing more than he had of recording. He named American roots music as his focus.

"I do swing, blues, the rock of the 1950s, country, hillbilly, gospel and bluegrass," LaBeef said. "We mix it up; that's what I've been doing all along."

He was the 25th person to be inducted into the Rockabilly Hall of Fame, according to The Encyclopedia of Arkansas.

LaBeef was even in a movie once, starring as the Swamp Thing in 1968's The Exotic Ones.

The artist continued to perform for crowds in the United States and Europe until just a few months ago.

"We loved him, love him, and will always love him, and will cherish the memories of the time we were blessed to be given with him in this life," the post said. "We thank you for your love and support for Sleepy throughout the years, and during this very difficult time." 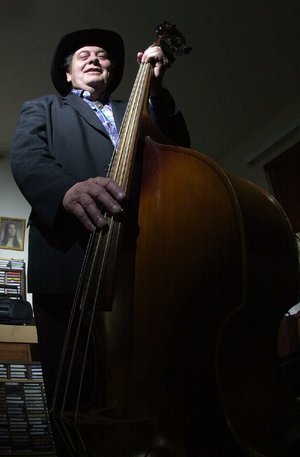 Arkansan Sleepy LaBeef, one of the originators of rockabilly music, was said to have gotten the “Sleepy” tag because of his heavy-lidded eyes. (NWA Democrat-Gazette/Andy Shupe)