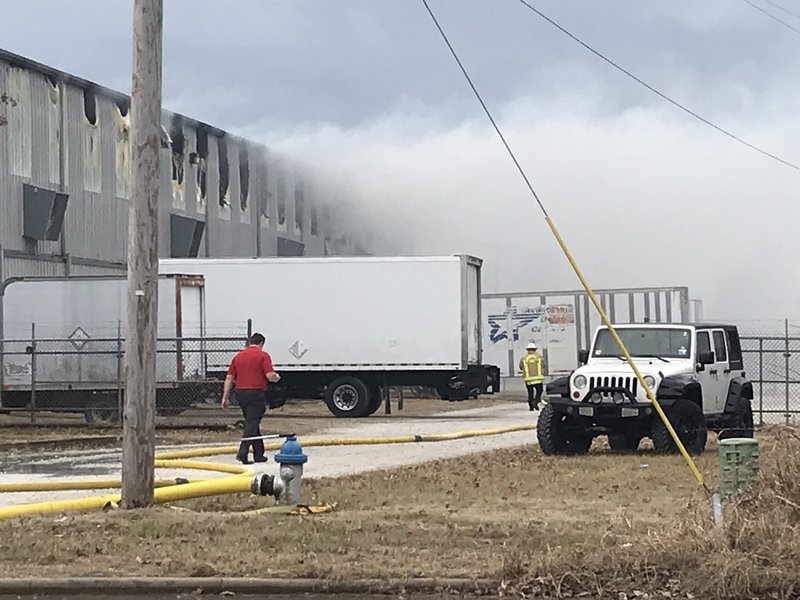 The fire burned the southwest portion of the 70,000-square-foot building at 659 E. Randall Wobbe Lane.

Styrofoam containers for the Cargill poultry processing plant across the street were stored in the building, said Phil Phillips Jr., owner of the warehouse.

A firefighter was transported to the hospital afterward with injuries. Springdale Fire Capt. Matt Bagley said the firefighter’s injuries were not life-threatening.

Any toxic fumes from the burning Styrofoam were contained to the property and an empty lot to the west, said Bagley. Firefighters had the fire under control about 15 minutes after arriving, he said.

Fire department officials will not know the cause of the fire until inspectors can enter the building.

The Arkansas & Missouri Railroad closed its tracks immediately to the west of the building for about two hours. Andrew Preston, a track foreman, said the fire delayed the arrival of three trains from the north into the railroad’s switching yard, but the delay was not a problem. “We just told them to slow down,” he said.

All five employees on the property quickly evacuated when the building’s fire alarms sounded, said Mindy Peck, manager of the warehouse.

The alarm system notified the fire department about 2:34 p.m., Bagley said. The building’s sprinkler system was flowing when the first crews arrived, he said.

The fire department responded with four engines, two ladder trucks and two ambulances — all the equipment from all city stations but one, Bagley said. Neighboring fire departments covered three calls during the fire, he said.

Phillips said he has owned the building since the late 1990s and plans to rebuild it.

The amount of damage to the building is not yet known. 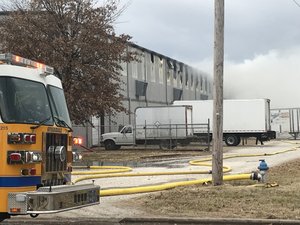