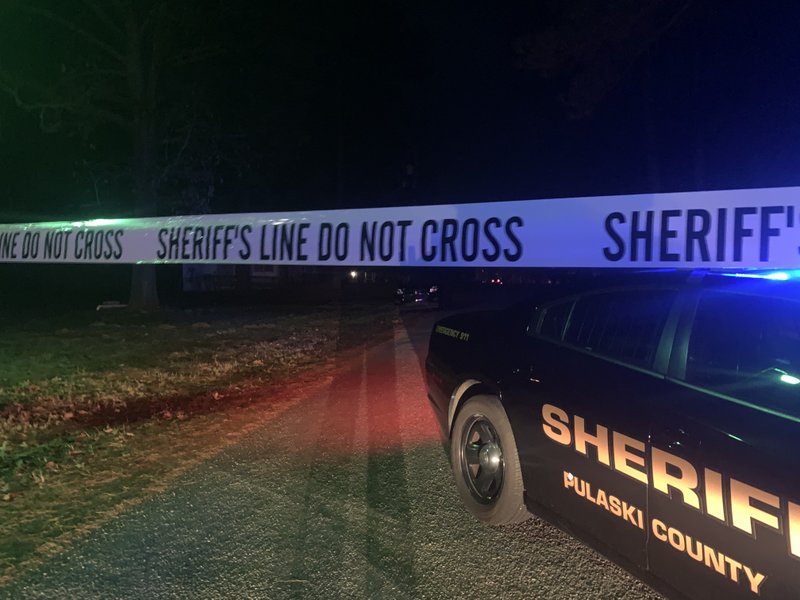 Troy Lee Warner is accused of killing a man in a fight and burying the body in his yard, according to court documents.

The Pulaski County sheriff's office received a tip Wednesday that Warner was in a fight with a man "resulting in a homicide," Warner's arrest disposition report said. The date of the fight was not listed in the report. Investigators later learned that a man had not been seen since he went to Warner's residence and they requested a search warrant for the property at 18217 Wright Way Road.

The victim's name and cause of death were not released Friday. Sheriff's office spokesman Mitch McCoy said deputies are waiting on DNA confirmation of the victim's identity.

Investigators began searching the property around 9 p.m. Wednesday, taking shifts digging in the 2.88 acres Warner owns at the end of Wright Way Road, a dead-end street on the southern tip of Pulaski County. McCoy said deputies used equipment from the county road and bridge department to aid in the search.

Deputies arrested Warner early Thursday morning on charges of possession of methamphetamine or cocaine, possession of other controlled substances and maintaining a drug premises near a drug-free zone. A day care is less than half a mile from Warner's property.

At approximately 7:30 p.m. Thursday, deputies found the body, McCoy said. The Pulaski County coroner transported the remains to the state Crime Laboratory for identification and to determine cause of death.

At approximately 10 p.m., investigators added charges of first-degree murder, abuse of a corpse and tampering with physical evidence, the arrest report said. Warner was in the Pulaski County jail Thursday in lieu of a $100,000 bond.

The arrest violated Warner's parole on a March 2014 conviction of theft by receiving, possession of firearms by certain persons, and possession of controlled substances, for which he was sentenced to eight years in prison and six years on probation. Warner also was convicted of third-degree battery in 2014 and sentenced to one year in a local jail facility.

Warner was arrested in 2013 on charges of theft by receiving; possession of firearms by certain persons; and furnishing, possessing, using or delivering prohibited articles, according to court records.

In September 2007, Warner was convicted of multiple charges of theft by receiving, possession of controlled substances and possession of drug paraphernalia.

Warner's charge of obstructing government operations in 2005 was nolle prossed, court records show. Cases which the state no longer chooses to prosecute are nolle prossed.

Authorities nolle prossed drug-possession charge pressed against Warner in 1988, according to court records. His first recorded arrest was in 1986 at the age of 23, when he was charged with public intoxication and spent one night in the county jail.