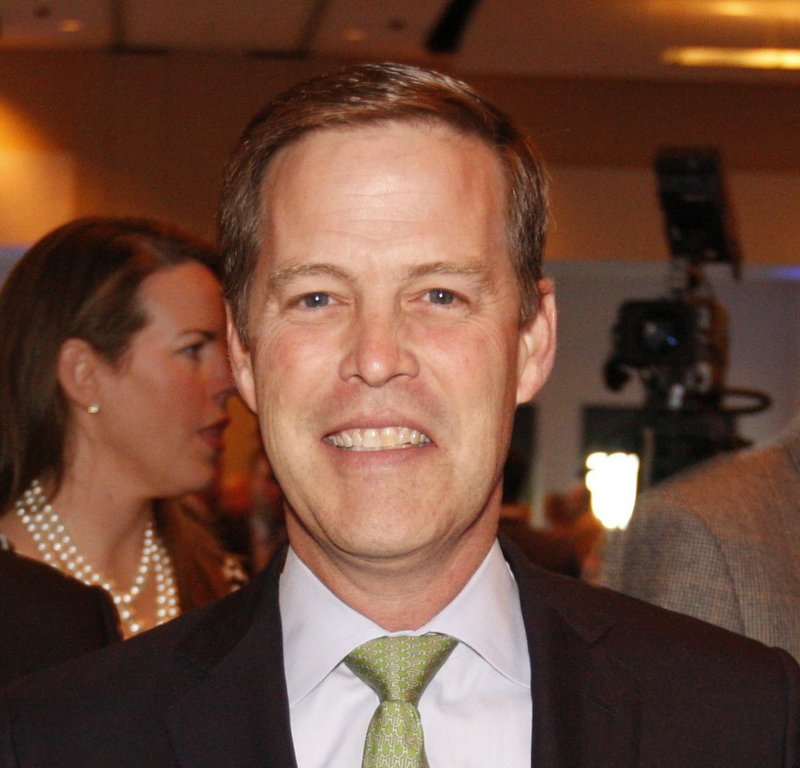 Gary Norcross is the latest recipient of the William F. Rector Memorial Award for Distinguished Civic Achievement from Fifty For The Future, a civic organization of Pulaski County business leaders.

Norcross is chairman, president and chief executive officer of Fidelity National Information Services Inc. The Fortune 500 company, better known as FIS and based in Jacksonville, Fla., was founded in Little Rock.

Norcross has put his company behind the Venture Center's FIS FinTech Accelerator, which has taken place in the past four years at the Venture Center in the Little Rock Technology Park. The fifth edition of the 12-week accelerator program for financial technology start ups from around the world is scheduled for next summer.

Given annually, the Rector Award was created in 1976 to recognize individuals who have exhibited outstanding community leadership and have made significant contributions to Little Rock's growth and development.

Norcross accepted the 2019 Rector Award on Wednesday at a luncheon at the Capital Hotel in downtown Little Rock.

"Gary's vision and leadership in establishing an internationally relevant FinTech accelerator through the Venture Center has raised the profile and economic growth potential of Little Rock," William Clark, president of Fifty for the Future, said in a news release. "His passion for our community and ongoing commitment to this important work made him a clear choice for this award."

The award was named in memory of the late William Rector, a community leader in Little Rock for more than 25 years. A $2,500 charitable gift is awarded as part of the recognition. Norcross selected the Arkansas Foodbank, according to the news release.