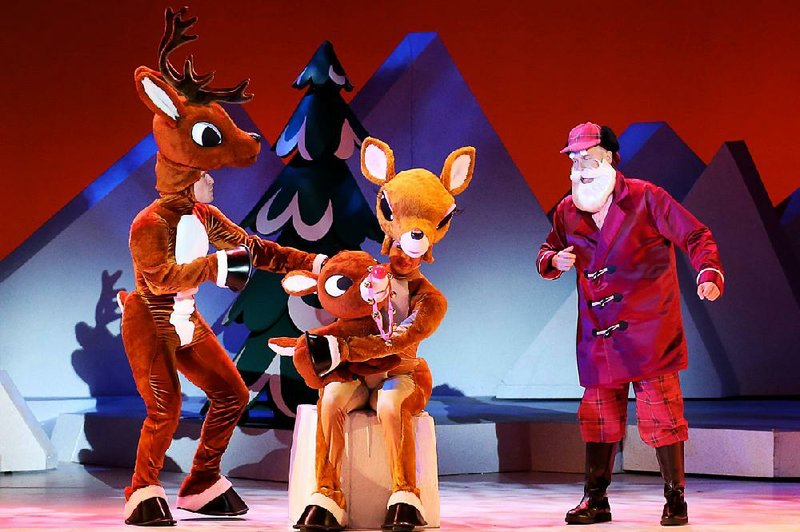 Bella Hicks comes from Southern California. So you should pardon her if there could be a bit of a disconnect when it comes to starring in a musical set at the North Pole.

Hicks plays the title character in Rudolph the Red-Nosed Reindeer: The Musical, sharing the stage with such familiar Christmas-saving characters as Hermey the Elf, Yukon Cornelius and the Abominable Snow Monster. The touring production is onstage at 6:30 p.m. today at Little Rock's Robinson Center Performance Hall.

Rudolph the Red-Nosed Reindeer: The Musical

Most often, what they have in California is sun. Now, however, she's living, more or less, in a land of snow: "Our entire set is white."

Hicks' theatrical background is mostly in contemporary drama, but she has been singing for years, including recording with LeAnn Rimes, Josh Groban and Lionel Ritchie and leading an LA-area band called JackBenny.

Playing a red-nosed reindeer, however, presents a few new challenges.

"There's a lot to it, definitely, in terms of physicality," she says. "I've played a trans character before; I've played men before. So playing a young boy isn't too hard for me. I was a huge tomboy growing up, [so] it's pretty easy for me to click into.

"But in terms of the reindeer aspect, I've been trying to take clues from the animals in my life, figuring out an interesting stance and walk and run."

"My little dog, who I'm calling baby Rudolph because there's a baby Rudolph in the show, and he kind of looks like him -- I've been taking clues from him. Little physicality things -- reindeer will shake when they get excited. And my dog does a kind of arm thing, like he'll try to reach out and tap you and nuzzle.

"Rudolph even grows up. I start out with these tiny little nubs of antlers, and over the course of the show I grow my antlers out, and that's an extra foot of height on top of your head.

"How to move in the costume, and how to move as a reindeer, and on top of all that, I actually operate the nose as well. It's been a different aspect of performing. You always have to work with props and tech, but this has taught me so much about how to use my body.

"I can't tell whether the light is on or off, just as the character wouldn't be able to. All I can feel is the switch in my costume. My castmates will have to tell me, 'Your nose is on!'"

Another first-time aspect for Hicks: "I've been a circus performer before, so I've ­done aerial work in silks. I don't want to ruin too much of the surprise, but I get to fly as Rudolph," she says. "That's another whole set of challenges.

It does get hot in a reindeer costume, especially under the stage lights.

"It is like wearing a fur coat," Hicks says, "but I keep reminding myself that we won't be in 80-degree weather on the road."

The show is 90 minutes long, with an intermission, which makes it perfectly adapted for kids, Hicks says. But the show's nostalgia value also makes it perfect for older audiences, including her father, who was born in 1950 and was 14 when the TV special first hit the airwaves.

For example, the puppets in the show, Hicks says, "look almost identical from what people will remember from their childhood. They always get some of the biggest applause."

Hicks was born in 1994 and identifies perhaps a little more with the sequel, Rudolph the Red-Nosed Reindeer and the Land of Misfit Toys.

"Most everyone has this feeling growing up -- we all have that feeling of having a red nose, feeling that there's something weird that doesn't look or behave like everyone else on us or about us," she explains.

"I feel so lucky, to feel accepted and loved by everybody, which is wonderful. Everyone can relate to that, growing up and feeling out of place, and finding your community -- where what makes you out of place is what makes you essential." 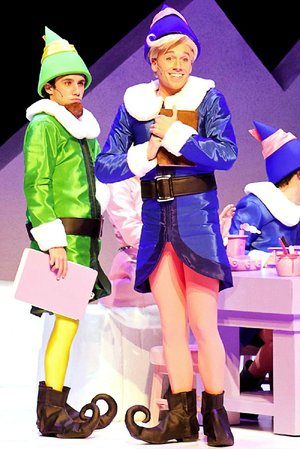 Photo by Character Arts
Hermey (right) shares a moment with the Boss Elf. 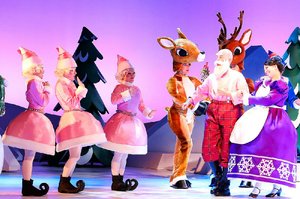 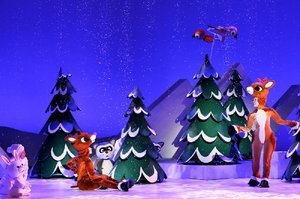 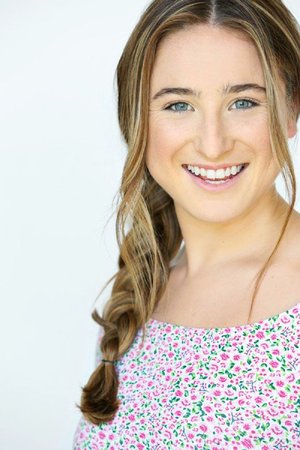 Photo by Special to the Democrat-Gazette
Bella Hicks is on tour in the title role in Rudolph the Red-Nosed Reindeer: The Musical.