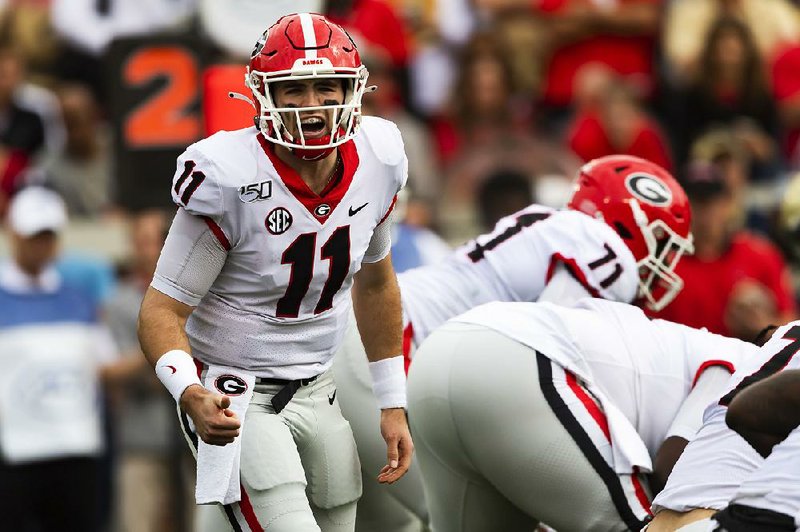 Burrow has been a nightmare matchup for defenses with the ball in his hands for No. 2 LSU.

Fromm, often described as a game manager, wins by making the best decisions to put the ball in other players' hands for No. 4 Georgia.

Burrow bolstered his status as a Heisman Trophy favorite by passing for 352 yards and three touchdowns as LSU (12-0) capped its perfect regular season with Saturday's 50-7 victory over Texas A&M.

Burrow, the SEC's leader in passing yards and total offense, is dangerous as a runner and passer. He's also important as a leader.

Fromm matched his career high with four touchdown passes last week as Georgia (11-1) rolled to a 52-7 victory over Georgia Tech. Even in the runaway victory, it was the fourth consecutive game in which Fromm failed to complete half of his passes.

"I do know this: He's a winner," Orgeron said. "I think he's a fantastic young man. He's a leader. They believe in him at Georgia, and he's won a lot of games. That tells you a lot about a quarterback."

Indeed, Fromm's most impressive statistic is his 34-6 record as a starter.

Fromm can't match Burrow's passing numbers, but the edge for the Georgia junior may be his big-game experience. Fromm will make his third consecutive start in the SEC Championship Game, following a victory over Auburn in 2017 and a loss to Alabama last year.

LSU safety JaCoby Stevens said Fromm is "basically a pro-type quarterback in the backfield. He's very mature in his decision-making. He can make throws that a lot of quarterbacks in college football can't make."

Led by Burrow and running back Clyde Edwards-Helaire, LSU has found more balance on offense.

"I think the difference between us this year and last year is we're kind of throwing the ball to open up the run, and Clyde and those O-linemen are taking advantage," Burrow said, adding he believes Edwards-Helaire "is the best back in the country."

Georgia's hopes of beating LSU and winning its second SEC title in the past three years under Coach Kirby Smart may rest on Fromm's ability to shake out of the passing slump.

Unfortunately for the Bulldogs, Fromm's season-long adjustment to changes at wide receiver continues. Freshman George Pickens will be suspended for the first half as punishment for his ejection for fighting in the second half against Georgia Tech. Pickens is tied for the team lead in receptions with Lawrence Cager, who won't play following ankle surgery last week.

Smart said the "biggest difference" for Fromm this season has been his receivers.

"There's not been a level of consistency with the perimeter skill that there probably was last year," Smart said.

Fromm has thrown a combined five touchdown passes with no interceptions in the past two SEC title matchups.

One year ago, Fromm outplayed Alabama's Tua Tagovailoa, throwing for 301 yards and three touchdowns. Jalen Hurts entered the game to lead Alabama to a 35-28 victory over the Bulldogs.

Fromm threw for two touchdowns in Georgia's 28-7 victory over Auburn in the 2017 SEC Championship Game.

Georgia has averaged almost 33 points per game with first-year offensive coordinator James Coley. It's good production, but well below LSU's league-leading average of 48.7.

"For us, I think it's just getting the whole unit to buy into what we're trying to do as an offense," Fromm said. "It's all about all 11 guys moving in the same direction." 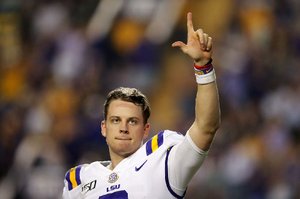