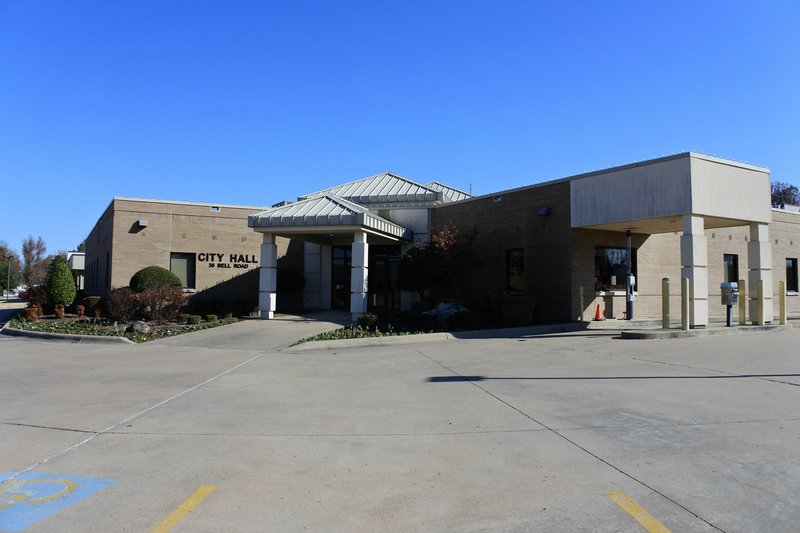 The city of Greenwood is looking to power seven of its municipal buildings, including City Hall, with solar energy.

GREENWOOD -- Greenwood has been exploring the possibility of using an alternative energy source to power property it owns.

"And solar power, to me, is kind of odd," Kinslow said. "It seems like solar power's been around for a long time, but for cities to just now be getting on the bandwagon seems a little different, but we've never been presented with anything like this before."

Kinslow said solar use would save money. The city would be able to take tax money that would have gone toward paying electric bills and use it for other purposes, such as fixing roads.

City Planning Director Sonny Bell said that while using solar energy would not save any power, it would lessen the city's carbon footprint. Bell also pointed to the smaller size now of solar energy equipment.

"It just seems like the right time to do it, and then when you look at the savings of the taxpayers' money, that's another thing," Bell said. "And it's a good thing to do."

The city currently gets its power from both Southwestern Electric Power Co. and Arkansas Valley Electric Cooperative, Kinslow said.

"We provided both companies [Scenic Hill Solar and Entegrity] with a year's worth of electric bills from our facilities and from both companies, SWEPCO and Arkansas Valley, and they take those and determine what our savings could be based on those bills," Kinslow said.

Under this contract, Scenic Hill Solar owns and operates the plant while selling the energy it generates to Clarksville Connected Utilities for the next 28 years. The utility also would be able to buy the solar plant in eight years.

Kinslow and Bell took a tour of the solar plant with John Lester, general manager of Clarksville Connected Utilities. Lester said the plant is 42 acres, with more than 20,000 solar modules and three arrays. The generating power of the plant is about 5.2 megawatts of alternating current and 6.5 megawatts of direct current.

"Since we're a municipally owned electric utility, all that power is used on our local grid, and it's placed on one individual circuit, and at the end of that individual circuit happens to be a number of customers connected, which do include some of the school buildings, and Hanesbrands, which is one of our larger manufacturers," Lester said.

The rough estimate for how much power the plant produces per year is about 11 million kilowatt hours, Lester said. It saves Clarksville customers about $500,000 a year for the first seven years.

Lester said a second solar power plant is currently being built in Clarksville. This plant will encompass about 10 acres, have 7,200 solar modules, and be capable of generating 4.4 million kilowatt hours a year.

"The reason why we've opted to go ahead and construct power plant two is because when this plant is completed, Clarksville will be able to claim that it's the first city in the state of Arkansas whose internal power needs are met 100% with solar power," Lester said. "In other words, all the city buildings, all the utility buildings, are going to be able to be powered by solar power."

Lester said construction for the second plant began in late September. It is expected to be "substantially complete" by Dec. 20.

In addition, the minutes state, Plastiras said Greenwood would have the option to buy the operation in the sixth year.

"He indicated that in 2020, it is scheduled to be a 26% tax credit and that they would monetize that credit on the city's behalf," the minutes state. "He said that the city would know what it would save each month and would know what to budget each year for utilities using the service, and the city would receive a bill from the current utility company and a bill from the solar service void of any taxes."

Plastiras said about 10 acres would be necessary for the service, the minutes state. The service does not produce at night, although battery storage could be installed as an option.

Bell said Entegrity has not yet given a presentation to the Greenwood City Council.

The Hot Springs Board of Directors entered into an energy-services agreement with Scenic Hill Solar in September, according to an article in The Sentinel-Record.