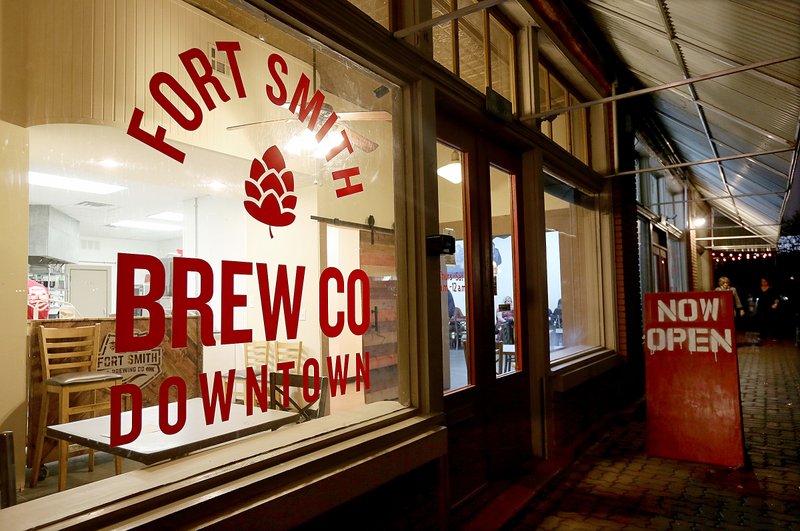 FORT SMITH -- With the recent opening of its downtown taproom, Fort Smith Brewing Co. now can sell its suds on opposite ends of the state's second-largest city.

The move is part of the brewery's focus on the city for which it is named and another step in its plan to offer its beer regionally rather than market it statewide.

"We brew the best beers in Arkansas and we want to keep them in Fort Smith," said Quentin Willard, one of the brewery's founders.

He said at its heart, the craft beer industry is all about making quality, local beer, something to which he and his business partner, Micha Spahn, are committed.

"Out past 100 miles you don't have a relationship with your customers, you're just selling a product," Willard said.

Willard said he hopes to see Arkansas recognized nationally for its craft beer offerings. He noted that the state's central location and ties to global companies that bring visitors from all around the nation make it perfect for getting the word out about the state's various beers and the breweries that produce them.

"Arkansas beers are really good, for our industry being so young," he said. "We have the foundation, it's just a matter of growing."

Fort Smith Brewing operates under a small brewery permit and reported production of 152 barrels of beer in 2018, according to data provided by the Alcoholic Beverage Control Division of the Arkansas Department of Finance and Administration. A barrel of beer contains 31 gallons.

Sylvia Blain, executive director of the Arkansas Brewers Guild said there's no typical formula for brewery success in the newly forming Arkansas market. She said each brewery bases its decisions on a wide variety of factors including population trends, local competition and access to highways.

Watson said the biggest advantage of the strategy is that "local" is one part of the demand for craft beer -- along with things like flavor, and variety. He said with so many choices a brand is more likely to resonate with consumers closer to the brewery's home base.

The challenge, Watson said, is primarily one of market size -- by focusing locally, a brewery only has so many beer lovers to buy its product.

Fort Smith Brewing's Willard said the new, downtown taproom will serve as a community hub and will offer food and entertainment. He said the brewery taproom in Chaffee Crossing has already featured comedians, local musicians, open mic nights and gatherings of family, friends and co-workers.

"It's a sense of community," Willard said about the mood at Fort Smith Brewing Co. "Everything we do is inspired by Fort Smith." 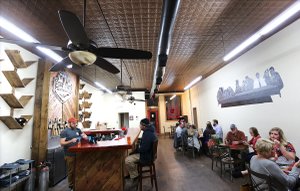