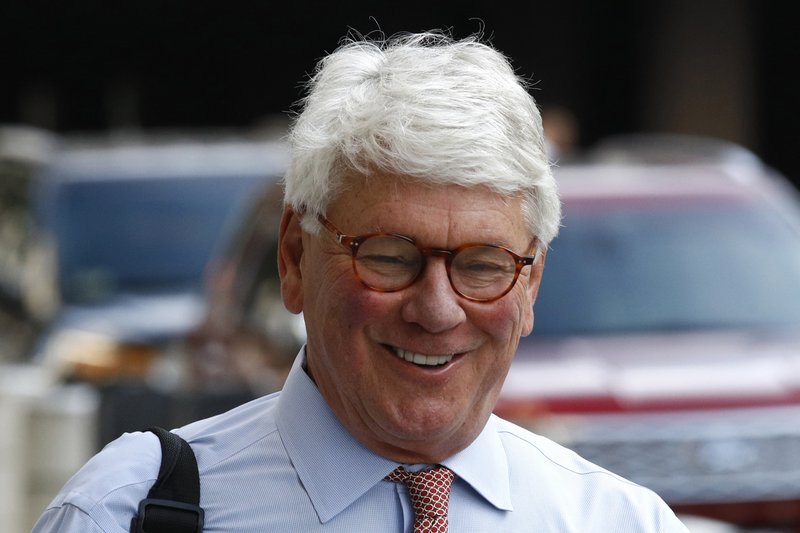 WASHINGTON -- A prominent Washington lawyer testified Wednesday that he never misled the Justice Department about his work for the government of Ukraine as he sought to challenge allegations that his legal services crossed a line into foreign lobbying.

Greg Craig took the stand in his own defense in a case that emerged as an offshoot of former special counsel Robert Mueller's Russia investigation and has spotlighted foreign lobbying in Washington.

The criminal prosecution marks a dramatic fall for the now-retired attorney who previously served as White House counsel in President Barack Obama's administration and has represented a roster of high-profile clients. The case is also part of a Justice Department crackdown against unregistered lobbyists working in the U.S. on behalf of foreign governments.

Though it's unusual for defendants to testify on their own behalf and subject themselves to cross-examination, Craig's testimony appeared vital to rebut allegations that he was part of a public relations campaign for the Ukrainian government and lied to the Justice Department about it.

The case centers on a report that was commissioned by Ukraine in 2012 and completed by Craig and his then-law firm, Skadden, Arps, Slate, Meagher & Flom, that reviewed the criminal prosecution of Ukraine's opposition leader, Yulia Tymoshenko. Craig said his report found significant flaws with the handling of Tymoshenko's case, which the Ukrainian government viewed as fair to counter widespread criticism of the proceedings.

Craig said he discussed the report's findings with American and British journalists because he was concerned that it would otherwise be portrayed in Ukraine's favor. He testified that because his position broke with that of the Ukrainian government, he didn't think he had to register with the Justice Department as a foreign agent.

"It was important to me that the reports in the newspapers, that the media, accurately described the work that we had done and the report that we had written," Craig said. "Otherwise, it would appear that we were just writing whatever Ukraine wanted us to write. That wasn't true. We were an independent group of lawyers who had conducted this investigation and evaluated the fairness of the trial."

He said in the run-up to the public release of the report, representatives of Ukraine pressed him so often for edits or changes that he grew exasperated and sent an email to colleagues that said: "I am close to telling them to pound sand and if they don't want to publish it, so be if it. If they want to publish it and then criticize, so be it."

The Justice Department enforces the Foreign Agents Registration Act, which was enacted in 1938 to unmask Nazi propaganda in the United States. It requires people to disclose to the department when they advocate, lobby or perform public relations work in the U.S. on behalf of a foreign government or political entity.

Prosecutors have said Craig adamantly resisted registering because he was concerned it would hurt his chances to get future U.S. government jobs. But Craig testified Wednesday that he thought registration would have harmed his report's credibility and would have made it look like the conclusions were shaped by the Ukraine government.

Skadden -- one of the largest law firms in the world -- agreed in January to pay more than $4.6 million and publicly acknowledge that it failed to report its work.

Craig is accused of misleading the Justice Department's Foreign Agents Registration Act unit when it approached the firm with concerns that it should have registered for its Ukraine work.

Craig insisted that he was honest when he told the department that his interaction with the media was to correct mischaracterizations of the report rather than to proactively elicit news coverage of it.